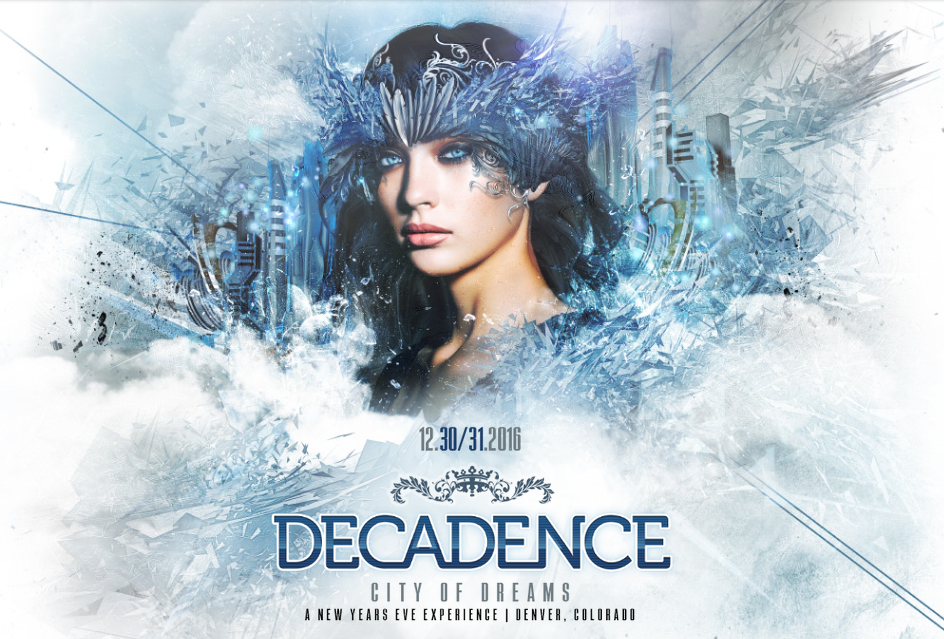 Ring in the New Year at Decadence City Of Dreams in Denver, Colorado. The two-day electronic music festival has announced its lineup through its social media channels. The announcements include acts like Eric Prydz, The Chainsmokers, Tiësto, and Flume, among many others.

Prepare to be moved by the dark and hypnotizing sounds of Eric Prydz, who has become known for his laser light shows and his aliases Pryda and Cirez D. The Chainsmokers, EDM’s hottest DJ/producer duo of the moment, has just topped the Billboard Hot 100 chart for the sixth consecutive week with their smash-single, “Closer” feat. Halsey. Alex Pall and Drew Taggart have released their newest release, “All We Know” feat. Phoebe Ryan, through their Disruptor Records label on Sept. 29th. Musical Freedom Records boss, Tiësto, takes the stage at this year’s event to bring festival-goers a dose of his Club Life, big room sound. Australian DJ and producer, Flume, has had a massive year following the release of his album, Skin. Included on the LP are collaborations with Kai, Vic Mensa, Tove Lo, Vince Staples, AlunaGeorge, Beck, MNDR, Allan Kingdom, and Raekwon, among others.

Tickets for Decadence NYE Colorado are available HERE. For more about the Denver installment, visit decadencenye.com/co.