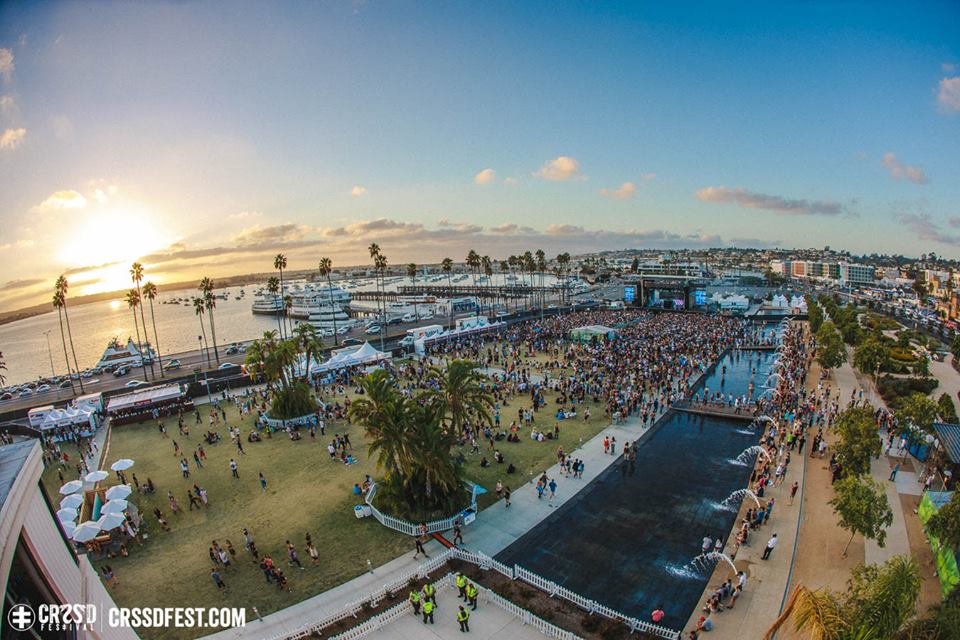 FNGRS CRSSD is still not done, making plans even sweeter for the upcoming 2017 celebration at CRSSD Festival

Any notable festival should have a weekend jam packed with events, and CRSSD doesn’t lack in this department either. The two-day celebration on Saturday March 4 and Sunday March 5 now has events for before and long after the music stops on the festival grounds at Waterfront Park. Three days of extra events are now in store for festival attendees heading to beautiful San Diego.

Starting off the weekend before the entirety of CRSSD kicks off on Saturday, Friday will play host to two of the most beloved current produces in the progressive and deeper end of dance music. Lane 8 and Luttrell will be playing together a mere few blocks away from the Waterfront Park at the Music Box. A curious excitement surrounds this show as both an Anjunadeep veteran and one of the latest to join the roster will be taking over your night.

Saturday March 4 will be the official start to CRSSD Festival, and will be bringing five extra parties to boot. Australian duo Cut Snake will be doing a day time set at trendy and boutique El Camino, following with a performance from Amtrac later on at night. The Music Box will once again be hosting a party with sets from Bob Moses and HVOB. Two other venues hosting afterparty events are Bang Bang and Spin. Bang Bang will have 2manydjs and Virgin Tears in attendance, with Spin booking Damian Lazarus, Recondite Live, and Lee K.

The last day of CRSSD will host an additional four parties. The first one is kicking off at El Camino as they wrap up their contributions for the weekend via Giraffage. Sunday will be the toughest of days to pick an afterparty event as Claude Vonstroke will be having his own night in Bang Bang. Thomas Jack, Tensnake, and Nathan Barato will all be at the Music Box for its third gig of the weekend. And the last listed event, certainly not for lack of talent, comes in the form of Jackmaster b2b Eats Everything, a Dusky DJ set, and Peggy Gou at Spin.

Choices are abundant in the upcoming weekend of March 3-5 in San Diego at the 2017 CRSSD Festival.

Slander Took On The Ritz Ybor in Tampa, FL