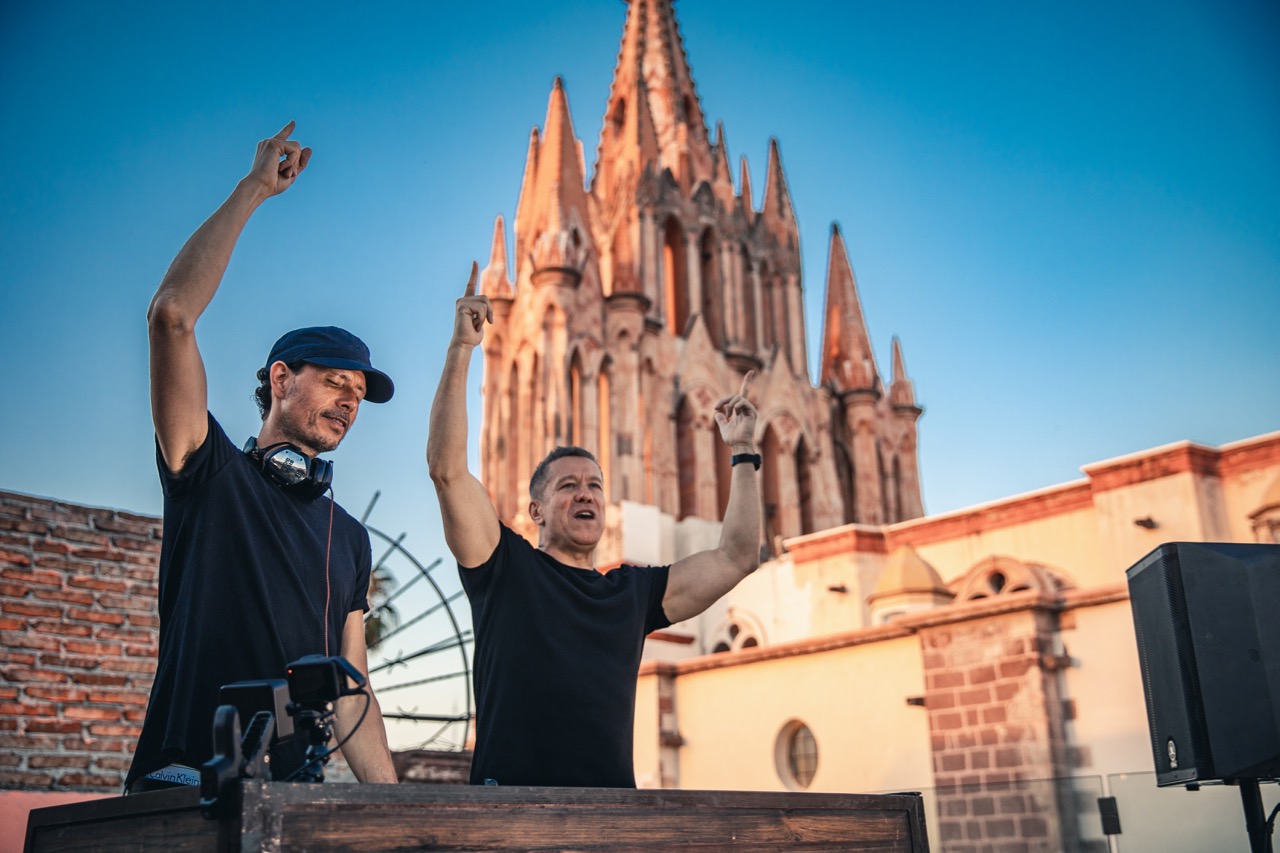 GRAMMY-nominated duo Cosmic Gate continue with their captivating live stream ventures, this time from the spectacular city of San Miguel De Allende in Mexico. After gaining over 1 million views on their Miami Open Skies live stream that took place back in March, their performance just a few days ago in the breathtaking central highlands of Mexico shot viewers into a whole new world.

Ahead of their highly-anticipated 2021 album Mosaiik, Nic & Bossi were ecstatic to premiere their second album single, “Feel It” during this one-of-a-kind Mexico sundowner set. The pair’s location of choice might not be the trendy cities of Cancun or Tulum as most would expect, but San Miguel De Allende is an underrated, stunning Mexican natural treasure and the most perfect background to match Cosmic Gate’s entrancing music. Miami skyscrapers and clear blue oceanic views are to be replaced by a stunning Mexican colonial-era facade, a concept unique to the duo’s open-air live music ensembles.