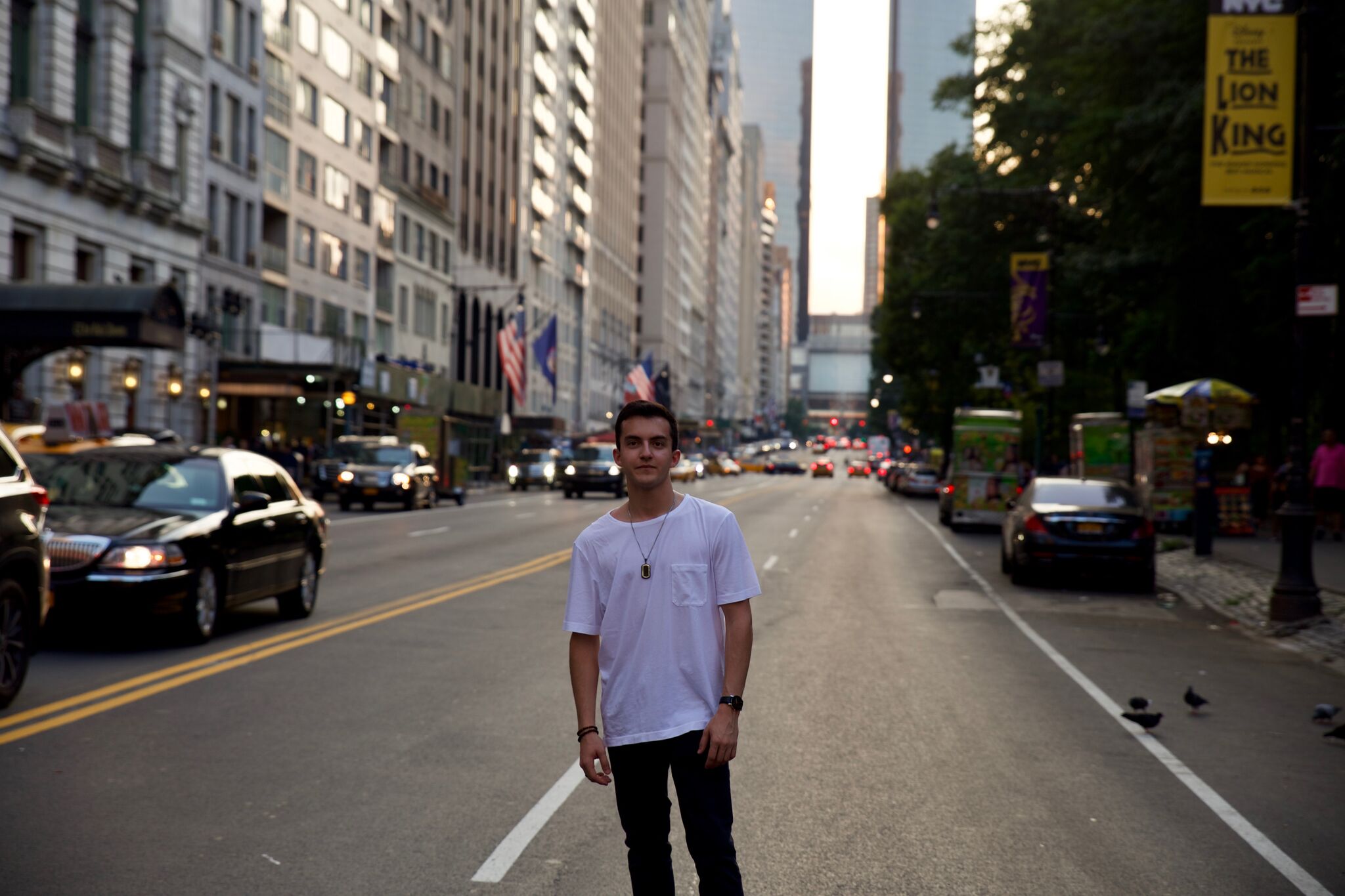 Dance music fans are feeling a touch of tough love this Friday with DJ/Producer Chris Varvaro’s new single “Broken” featuring Sky Roses. Officially out today, this one will have your soul racing as it pours emotion at an irresistible pace.

A ballad of pure despair, “Broken” immediately pulls on the heartstrings as lush chord progressions and intense instrumentals build up the track. Sky Roses’ vocals carry the song with grace and poise, leading into passionate piano melodies that drift its harmonies even further. Electrifying guitar riffs top off the record, striking listeners with chills down their spine in this imaginative story of love, heartbreak, and a vision we can certainly all relate to. The downtempo feel exemplifies its melancholic nature, thoroughly embodying the hurt and pain portrayed throughout.

Chris Varvaro is a self-taught instrumentalist and music producer from New Jersey. At the age of five, Chris developed an interest in music and took up drumming, however, his fascination slowly but surely morphed into a pursuit of electronic dance music after being introduced to the ever-alluring scene.

Fans may be familiar with this charming duo collaboration, as Varvaro and Sky Roses previously teamed up for their single “Without Me” which sent shock waves through North America and Europe, receiving support by major publications like EDM Sauce and ThisSongSlaps, among others. Yet another testament to Varvaro’s ability to effectively translate emotion into sound, “Broken” is raising the bar immensely for his already impressive and evolutionary discography.

“This song is very special. I don’t think there are enough words to explain what this track means to me. I wrote this shortly after I got out of a very important relationship in my life.  It was a truly magical and beautiful time that ended so suddenly. It felt like the rug was pulled out from underneath me at a seemingly random time. From the composition all the way through the lyrics, it is probably the only way I was able to truly express how I felt about the situation through a meaningful outlet. I think it is one of the greatest songs I’ve written to date, and I cannot be more proud of how it turned out.” – Chris Varvaro