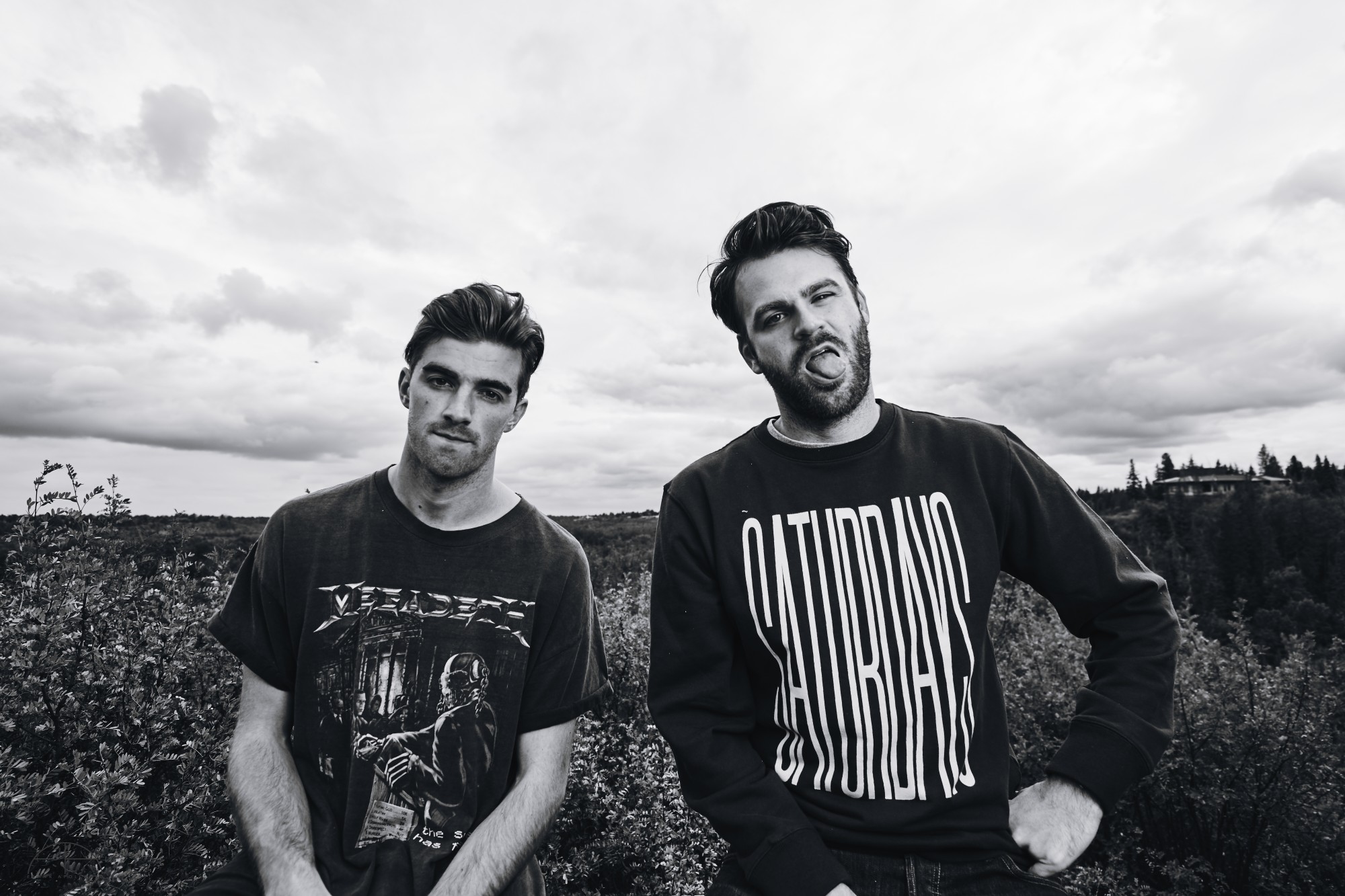 Wildly popular duo, The Chainsmokers ,just announced they will be embarking on a 40-city arena tour this spring, titled ‘Memories: Do Not Open.’

As we have all heard and seen by now, 2016 launched The Chainsmokers into a level of success from their wildest dreams. Their whirlwind year landed them three Grammy nominations, including ‘Best New Artist,’ ‘Best Dance Recording,’ and ‘Best Pop Duo/Group Performance.’ Their recent single “Paris” also became an instant hit, making a top 10 debut on Billboard’s Hot 100 at number 7.

The Chainsmokers left the decision up to their fans whether or not they should release an album – and the response was clear. DUH! The duo quickly announced they will in fact release their debut album, and it will be out via Columbia/ Disruptor Records.

On top of this amazing news, there was a second announcement of their upcoming Spring 2017 tour, ‘Memories: Do Not Open.’ The North American arena tour will hit 40 major cities in the U.S. and Canada, kicking off on April 13th in Miami, FL. Special multi-platinum guest Kiiara will join the Chainsmokers on all of the tour dates. Check out the full list of all the tour stops below.

Ticket sales begin this week for the tour. Starting Tuesday, January 31 at 10 AM, AT&T customers will be sent to the front of the line to purchase tickets via the AT&T THANKS program. As Citi is the official credit card of the tour, Citi card members can purchase tickets beginning Thursday, February 2 at 9 AM through their Private Pass program. General on-sale begins Friday, February 3 via Ticketmaster. Also, every ticket purchased online includes a copy of The Chainsmokers’ upcoming debut album. Don’t sleep on tickets because these are expected to sell fast!

Hot off of their recent release of “Paris,” the duo’s double announcement has Chainsmokers fans all around the world buzzing. “Paris” immediately shot to the #1 spot on iTunes’ Top Songs chart, and hit #7 on Billboard’s Hot 100. This marks their fourth track to hit the Top 10, as well as their highest first week entrance on the chart so far. Serving as the follow-up to smash hit “Closer” (the biggest song of 2016,) “Paris” is on track to be yet another huge success. “Paris” also features Drew’s vocals. The lyric video, directed by Rory Kramer, was shot in beachy Tulum, Mexico, features Instagram model Alexis Ren, and already has gathered nearly 60 million views.

The pair has been “Setting Fires” for many months now, showing no signs of slowing down. Taking their brand to new heights, they have been testing out various methods of producing music. Developing Drew’s vocal skills as well as their musical composition skills, we are seeing them try more and more.

Don’t miss The Chainsmokers at this year’s Grammy Awards, airing Sunday, February 12 at 8/7 c on CBS.

The Chainsmokers ‘Memories: Do Not Open’ Tour Dates: