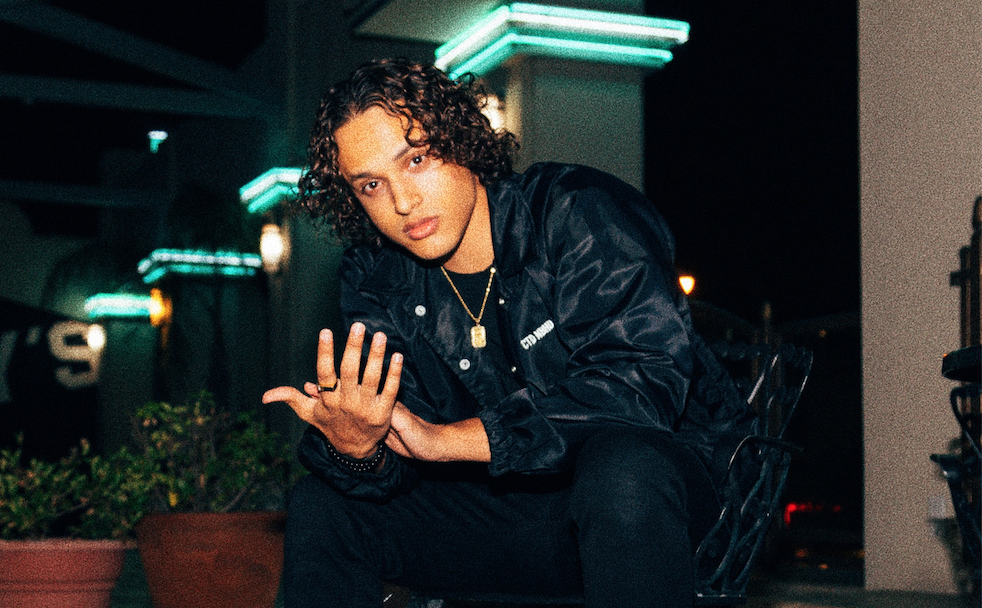 LA-native Brando has been a breakout singer/songwriter for the last few years and has grown a large fan-base since becoming the driving force behind “Body” with Loud Luxury. Since that release, Brando has shaped and molded his own sounds while simultaneously collaborating with the likes of Matoma and BRKLYN. His newest single with Armada Music, “Look Into My Eyes” has been an immediate success with nearly 800,000 streams on Spotify alone.

After his breakout track release with Loud Luxury, Brando has worked on numerous dance tunes that have topped the charts. Most recently, the artist collaborated with industry-leader Don Diablo on “Congratulations” which has received international praise and climbed the U.S. Mediabase Dance Chart. He also was a part of the team that created the Bryce Vine and Loud Luxury anthem “I’m Not Alright” that similarly was a top ten record. Currently, Brando is working in the studio preparing for the release of his debut EP which is set to be released later this year. Nonetheless, the breakout artist has continuously proven that he has a strong future in the music industry.

Brando returns to Armada Music with his first release of the year, “Look Into My Eyes.” Already racking up streams, the song started off as an idea of flipping the 90’s record “Would I Lie to You Baby” by UK duo Charles & Eddie. The end result was a surefire dance hit that stays true to the singer/songwriter’s sound while also conveying an important message. In the song, the lyrics talk about the tension in a relationship and trusting that your partner will be faithful. We got the chance to speak with Brando about this new track and his rising career in the dance music industry. Read on to learn more about Brando’s journey with Armada Music and what he hopes to come in the future.

Nocturnal Times: Can you share with us some background on how your singing and songwriting career came to fruition? Was this always a goal of yours, or was it something that kind of just happened?

Brando: I’ve always been in music one way or another since I was a kid. My father works in the music business, so I was raised going to a lot of festivals and concerts. My career in music really started my last year of high school, when I started songwriting professionally and began making some waves with my band at the time. It was then that I really decided I wanted to make a career out of music. Fast forward several years later and now I’m able to travel the world and work with amazing artists/DJs and songwriters on a daily basis.

Nocturnal Times: Tell us about your journey so far with Armada and how you came to join the label?

Brando: I first got to know Armada through the release of “Body” with Loud Luxury a couple of years back. I loved how they handled that record’s release and promotion, so the second I got the chance to work with them on my own release I jumped at the opportunity and it’s been great working with them ever since.

Nocturnal Times: Who do you have your sights on for future collaborations? Both in the Armada family and out?

Brando: I would love to do a collaboration with Calvin Harris, as I’ve always enjoyed his productions. There are so many talented people I’d love to collaborate with it’s hard to really say all of them.

Nocturnal Times: How has the worldwide success of “Body” impacted your music career? Have there been any downsides to this huge accomplishment so early in the game? Anything you wish came slower?

Brando: “Body” really represents a pivotal moment in my music career, as I went from making RnB/Pop music to making dance music practically overnight. It has brought with it so many opportunities for me that it is hard to say there was any real downside for it becoming so big.

Nocturnal Times: More recently you collaborated with Don Diablo on “Congratulations.” Has this one seen any different type of successes, or brought you any particularly cool opportunities?

Brando: Working with Don Diablo on “Congratulations” has been a great experience, as Don is the nicest guy and has no problems with sharing success with the people that work with him. His fans are also incredibly enthusiastic, and it’s great seeing their engagement with the record. To me, that’s the best opportunity this song brought my ability to engage with his fanbase.

Nocturnal Times: Following huge hits like these, particularly “Body’ which continues to see massive success, what are some goals that you have?

Brando: I want to release more songs this year with bigger artists as well as on my own. To me, everything still boils down to making music, so I want to focus more on that this year.

Nocturnal Times: Can you expand upon your desire to bridge the gap between R&B, pop, and dance music? What about these genres speaks to you?

Brando: I think the combination of R&B with pop and dance is unique and fresh, which to me is always important when you’re creating music.

Nocturnal Times: Your new single “Look Into My Eyes” spun from an idea surrounding the ’90s record “Would I Lie To You Baby.” What about this song did you love enough to make your own rendition?

Brando: The original record by Charles and Eddie had this incredible hook to it that instantly stood out to me and co-producers Avedon and Camden. We knew if we made a new track and added new verses to it that we would have something really special.

Nocturnal Times: “Look Into My Eyes” has already garnered over 200K Spotify streams in one-weekend post-release, and has landed in 88 playlists. Does such immediate high praise surprise you at all? Or had you hoped & expected that this special rendition would do just this?

Brando: I think in some ways it is a bit surprising to see it catch on so quickly, generally because new song releases take a while to really get going. It seems like people just really gravitated to it, which I love to hear as an artist and songwriter.