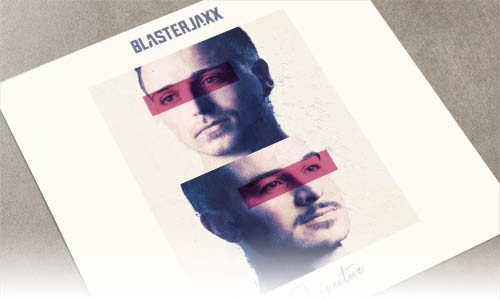 After extensive teases around the world and years of intense work in the making, Blasterjaxx has arrived with their debut album Perspective, a masterpiece to last the ages. Out now on Blasterjaxx’s very own Maxximize Records, parented by Spinnin’ Records, crowds from far and wide are in a state of awe with this stunning soundtrack.

Blasterjaxx has carved a highly-respected reputation for themselves over years and years of producing and performing strong, energetic, and long-lasting dance tracks. Their styles never ceases to amaze and surprise fans, features everything from signature spinning melodies, to sleek vocals, to rollercoaster drops, and nearly all else in-between. The duo’s production dexterity is exactly what turned them into worldwide acknowledged electronic gems.

Now, with their debut album Perspective, every track delivers aspects of not only the music we have come to know and love, but insight into their future as artists and more freshly minted musical visions. For the last two years, the guys have completely focused on these 23 songs, each of them characterized by versatile emotions. It makes sense that this album took two years to finalize, because each record reflects the guys’ sharp attention to detail. All the way from the sound design and effects, down to the ordering of the songs on the album, the entire project was extremely well-executed.

From the start, their track “Welcome” creates an omnipresent sense of euphoria and then takes the listener straight into dance paradise with “Other Side” featuring Drew Ryn. Blasterjaxx wasted no time in incorporating their classic anthemic soundscapes in songs like “Music Is Our Religion,” “Super Friends” featuring Jack Wilby, and “Blast Off” just to name a few. Arguably the most thrilling collaboration from Perspective is none other than “Let The Music Take Control” alongside champion duo W&W.

“We generally deliver club or festival minded tracks. For these, we usually complete the whole idea of a record within two days. For this album, we set up writing camps, spent a week in a holiday bungalow with only a small setup: guitar, microphone and software, building tracks from scratch. We invited a lot of singer-songwriters to sing various themes, created a different angle for each track, from a tech vibe to indie dance or big room. This resulted in a lot of productional work, but in the end it all fitted perfectly with our own sound. We are so proud it’s finally here, our own ‘Perspective’ on today’s dance music – a debut we’ve always dreamed of!” – Blasterjaxx

Showcasing creativity within new experimental tones, Blasterjaxx seamlessly moves from dark to sensitive tunes, illustrating their vibrant reflection of passionate emotions through various sonic choices. After a long time in the making, Perspective has launched itself far beyond the confines of 2019, stapling itself down as one of the year’s most powerful electronic albums.

Back in October of 2018, the duo performed the album as a silent disco on a boat cruise through the canals of Amsterdam during ADE. They will also be stopping at the world-renowned Ministry of Sound in London on August 9th to perform many of the outstanding Perspective songs.