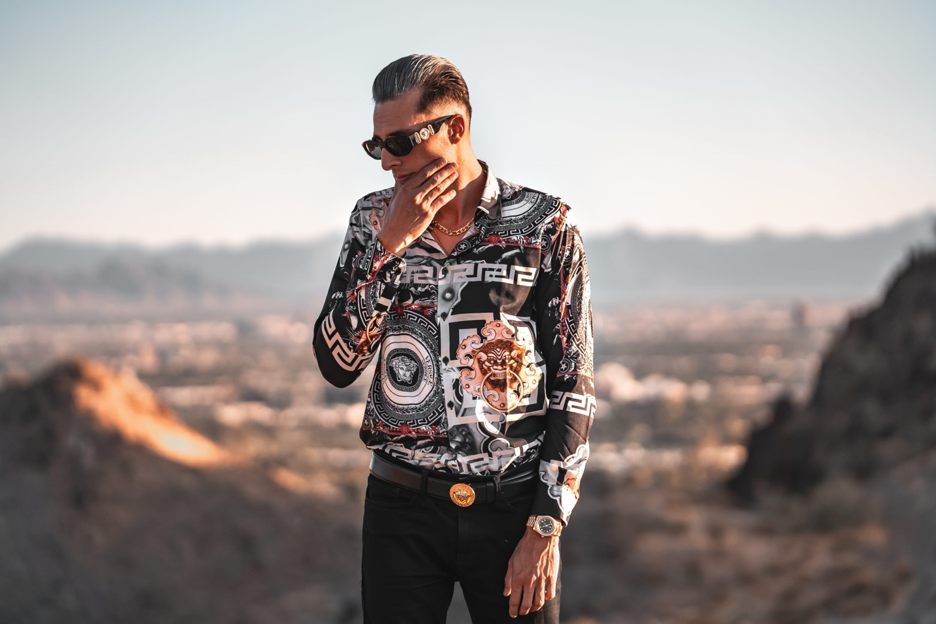 G-House superstar, BIJOU has surely made a name for himself throughout these past couple of years. He has represented the eclectic genre astoundingly through his musical endeavors. Despite all the craziness going on this year, the Arizona-based DJ and producer has managed to accomplish everything he could have ever dreamed of including his stellar debut album Diamond City out now on his own record label, Do Not Duplicate Recordings.

Diamond City, a project two years in the making, features 15 tracks that merge a wide array of House and Hip-Hop inspired sound elements. It features collaborations with other like-minded producers such as Party Favor, Dr. Fresch, Jacknife, and more Phoenix-based artists. While G-House has been around for quite some time now, BIJOU has truly revolutionized it in his own unique light.

The album pays homage to the city that started it all for BIJOU. It is a symbol of his upbringing in Phoenix, Arizona and is a special project that he holds dear to his heart. After listening, it is fascinating how easy it is to capture the genuine essence and dedication behind each track. The G-House connoisseur put his entire heart and soul into composing this diverse musical masterpiece, and it is an album bound to capture the eyes of many. We got to talking with the flourishing producer ourselves as he unveiled all things regarding Diamond City.

Read our full exclusive interview with BIJOU below:

Nocturnal Times: Thanks for chatting with us! Where in the world have you been residing through all this quarantine craziness?

BIJOU: Hey Hey, thank you guys for having me! I’ve been at home for the majority of quarantine just locked in the studio. Had to pop into LA a couple times, but just been home for the most part!

Nocturnal Times: Your name has been on quite a few live stream lineups throughout these past couple of months. Which ones have been your favorite to play so far?

BIJOU: I honestly think my favorite ones have been the Isolation stream with Party Favor and the Insomniac stream with Loud Luxury. It’s always that much better when you get to enjoy music with your friends.

Nocturnal Times: Without being able to tour and with no live shows lined up anytime soon, would you say that doing these live streams makes you miss the thrill of it all even more?

BIJOU: 100%. It definitely makes you miss the thrill of shows. You have to remember when recording or doing these live streams that A LOT of people are or are going to be watching. You have to give them the best show possible whether it’s at the club or in front of a camera.

Nocturnal Times: What have you been able to accomplish during these past couple of months that you normally wouldn’t have the time for due to touring?

BIJOU: I’ve been able to spend extensive time with my family which is something I really cherish. When I’m touring, I only get to see them maybe once a week if that, so it’s been nice to spend real quality time with them on a consistent basis.

Nocturnal Times: You’re currently one of the most thriving G-House artists in the industry. What inspired you to produce this particular electronic music sub-genre to begin with?

BIJOU: I’ve been into Hip-Hop since I was 6 years old and all my older cousins started showing me Tupac, Snoop, Dre, NWA, you name it. In 2009, I discovered House and from that point on I just really wanted to fuse the two. G-House truly is my roots if we’re talking Hip-Hop and House which to me is special because it’s a sound that is now finally getting some love.

Nocturnal Times: Let’s talk about your debut album Diamond City which is officially out now. You must be thrilled about the release! How long has this project been in the works?

BIJOU: Thank you! I’m super hyped with how the response has been! This project has been a two to two-and-a-half-year process. Some of the tracks date back to even longer than that. I think an album is something that you can’t rush, it has to happen organically. I really feel like a lot of artists just throw some tracks together and call it an album. To me, there’s nothing special with that. No message, no story, and I think that takes away from the art of the album.

Nocturnal Times: With Diamond City being a tribute to your hometown of Phoenix, Arizona, can you tell us more about how your roots inspired the creative process for the album?

BIJOU: Creatively, I wanted to work with as many artists as I possibly could from Phoenix. For this album, I really wanted to keep things within the family and showcase Phoenix artists, friends, and artists I really love. This whole G-House thing started for me here and that’s where I want to finish it.

Nocturnal Times: The album encompasses your unique G-House sound with a heavier emphasis on Hip-Hop in some tracks. Did you always have this vision for Diamond City?

BIJOU: Yeah, the vision for this was to showcase some different sounds from myself, but also show people a different opinion and light of myself as an artist. You don’t just get “BIJOU” on this album you get “Ben” as well.

Nocturnal Times: How does it feel to have your first album release also be on your very own Do Not Duplicate Recordings label?

BIJOU: It’s a special moment for not only myself, but for the label as a whole. My vision for DND is to have it be a true mainstay for House and G-House worldwide. We’ve been operating for around 18 months now and the response has been so amazing. It’s pretty dope that in that short amount of time we’ve had a full album release for such a young label.

Nocturnal Times: What aspirations do you have for Do Not Duplicate Recordings in the near future? Are there any upcoming surprises you would like to share with us?

BIJOU: Our goal has and will always be to help new artists develop while also showcasing friends and artists we already love. It’s so important in my eyes to shine the light on the younger artists as they’re hungry to experience touring and become a part of this industry as well. To me, showing love to everyone is what matters most and I think we do a great job of that with the label.