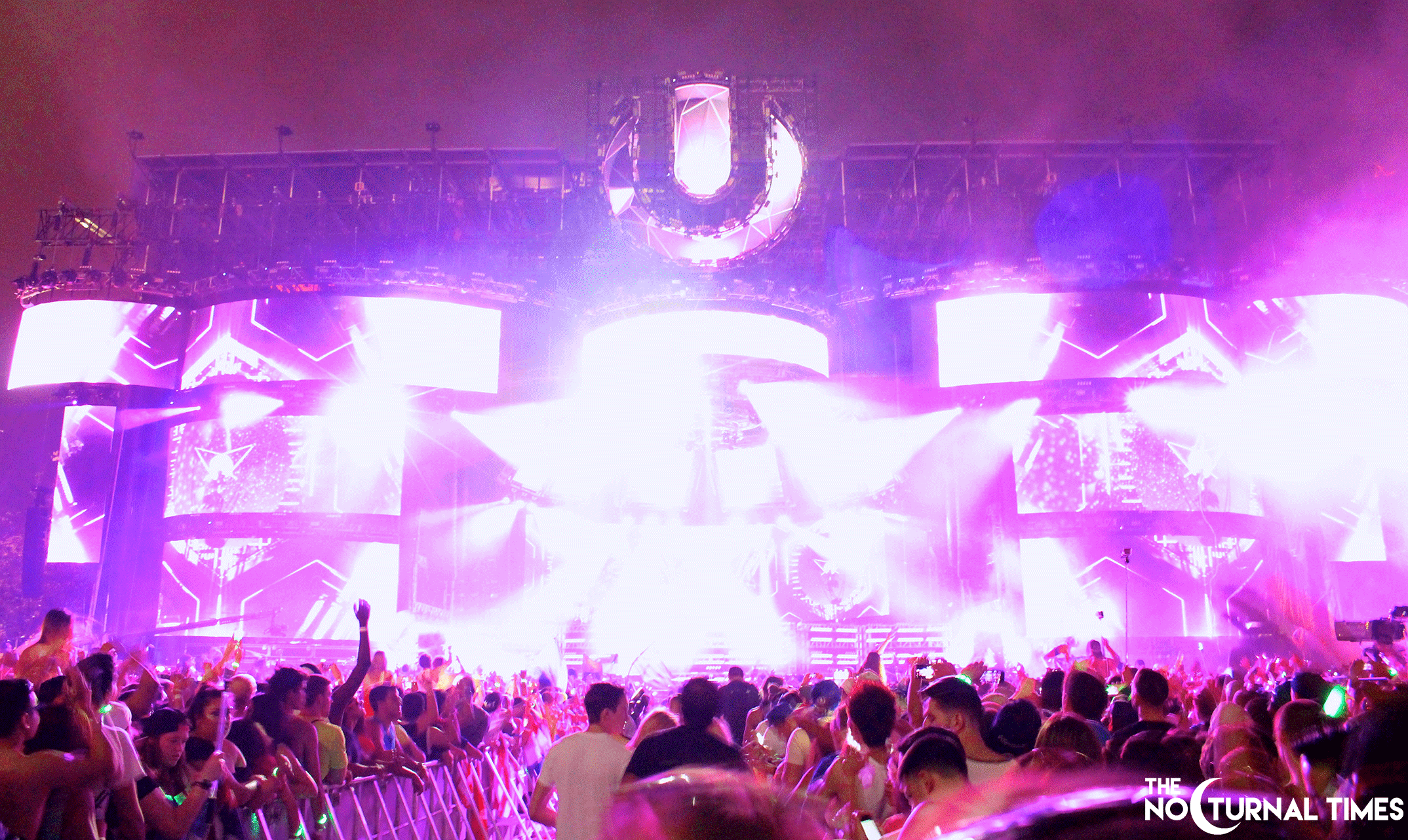 Swedish DJs and producers Axwell and Sebastian Ingrosso are familiar to many as two thirds of the massive Swedish House Mafia. SHM announced their split in 2013 and performed their last two shows together at Ultra Music Festival that same year. Closing out both weekends of the double-weekend 15th anniversary edition of Ultra in 2013, the Swedes successfully made dance music history.

Axwell /\ Ingrosoo returned to the Ultra Music Festival Main Stage in 2015 for a high energy closing performance on Saturday, March 28, which had festival-goers on their toes from start to finish.

Proving that the pair most certainly does belong to something new, Axwell /\ Ingrosso showcased a slew of new material as well as familiar tunes from the Swedish House Mafia, and solo productions.

Kicking off their 1-hour ensemble with “This Time (We Can’t Go Home)” featuring Pusha-T, the atmosphere was fiery from the very beginning. Continuing their performance with Swedish House Mafia & Knife Party “Antidote” with Amersy “Go” into “Miami 2 Ibiza” featuring Tinie Tempah with D-Jastic “Up To No Good (MAKJ Booty Remix),” the duo had already won over the hearts of the crowd.

Having become immediately reminiscent of Ultra Music Festival’s passed, Axwell /\ Ingrosoo proceeded with “Leave The World Behind” featuring Deborah Cox and “One,” which left the main stagers in an uproar. Evolving into some new music, the pair showcased new creations “Dream Bigger” with Pharrell, “Can’t Hold Us Down,” “On My Way” featuring Salem Al Fakir, and of course, “Something New.”

Ladder popular inclusions were Ivan Gough & Feenixpawl’s “In My Find” featuring Georgi Kay, Alesso & Calvin Harris “Under Control” featuring Theo Hutchcraft, Martin Garrix’s mash-up of Alesso & OneRepublic’s “If I Lose Myself” with DubVision’s “Turn It Around,” Hozier “Take Me To Church,” and Sebastian Ingrosso & Tommy Trash “Reload” featuring John Martin. Axwell took to the microphone to proclaim, “people from over 100 countries are here today and you’re all getting along just fine…music is a powerful thing.”

Finishing their Ultra Main Stage ensemble with their hugely successful anthem and Swedish House Mafia final production “Don’t You Worry Child,
accompanied by a visual display of pyrotechnics and fireworks, Axwell /\ Ingrosso proved once again that they still have the power to “Save The World.”

Following their Miami Music Week appearances, the Swedes took to Terminal 5 in New York City on Monday, March 30 for a live set. Tickets for the NYC event sold out in a record breaking nine minutes.