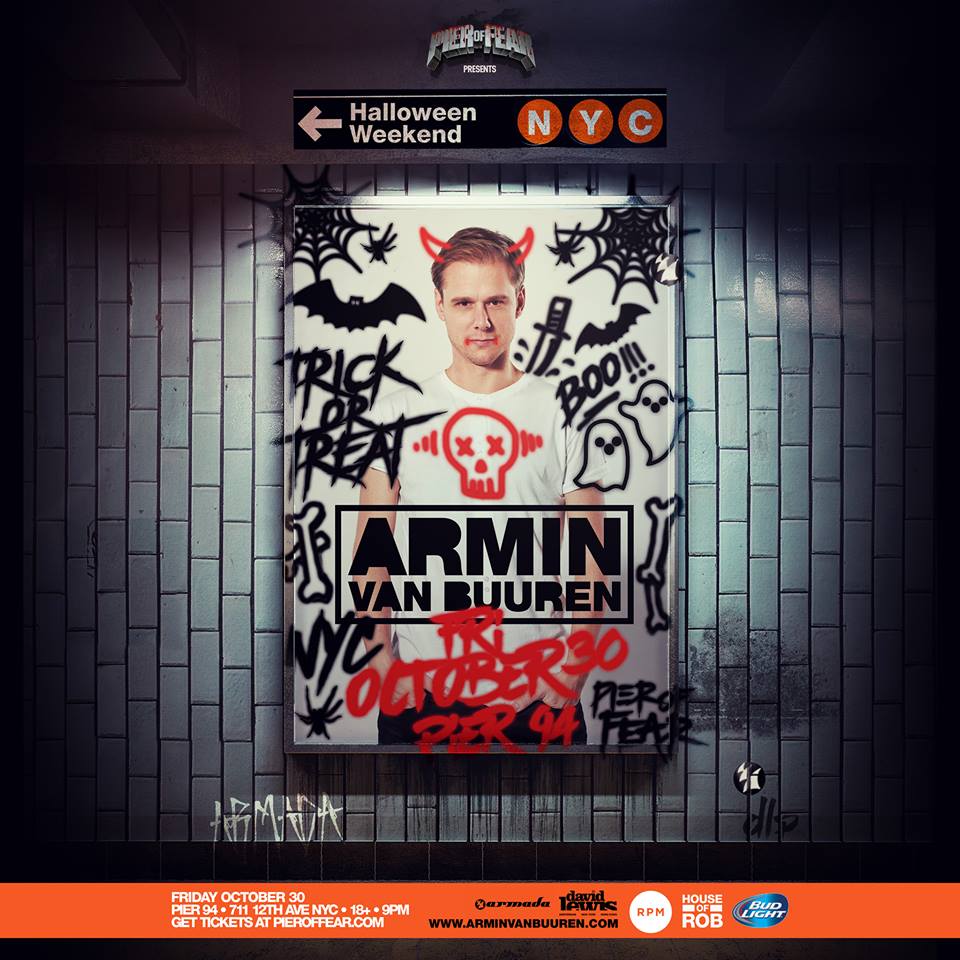 International trance titan Armin van Buuren is making his grand return to New York City on October 30, 2015 for a Halloween Spectacular. Headlining the annual Pier of Fear event series—which is presented by RPM, House of Rob, and Pacha NYC—the A State of Trance (ASOT) creator and Armada Music co-founder will embrace the city that never sleeps for a one of a kind All Hallows’ Eve event.

In addition to the hype surrounding van Buuren regarding his highly anticipated forthcoming studio album, the Dutch DJ/producer also released his second ASOT compilation album of the year, A State of Trance at Ushuaia Ibiza 2015.

This past weekend, Armin provided the closing set at TomorrowWorld in Atlanta, GA, where he served as a festival highlight and live stream focus.

Tickets for Pier of Fear with Armin van Buuren are available on Friday, October 2 at 3 pm EST.