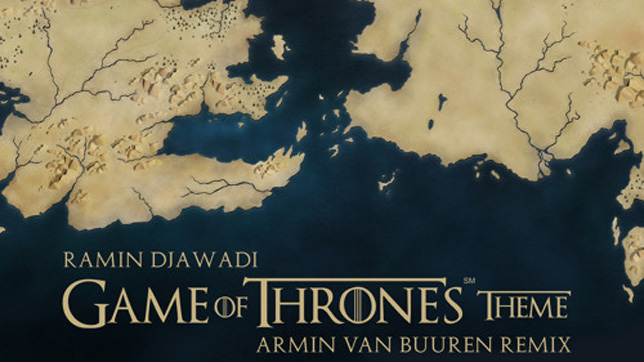 The wildly popular HBO series draws millions of viewers each week, van Buuren included. When The Nocturnal Times sat down with Armin van Buuren over Memorial Day Weekend—following his headlining performance at EDC NY—we asked him about the inclusion of the Game of Thrones remix, but he wasn’t able to reveal many details. We do know that Armin is a fan of GOT—and that his favorite character is Tywin Lannister.

The Dutch DJ and producer and five time DJ Mag number one, Armin van Buuren, teamed with hip-hop and rap sensation Mr Probz on “Another You,” which is the first single from his forthcoming artist album on his Armada Music label. Official remix releases of “Another You” include Mark Sixma, Headhunterz, and Pretty Pink. The track from Armin’s upcoming full-length studio release has already seen over twenty million plays on Spotify.