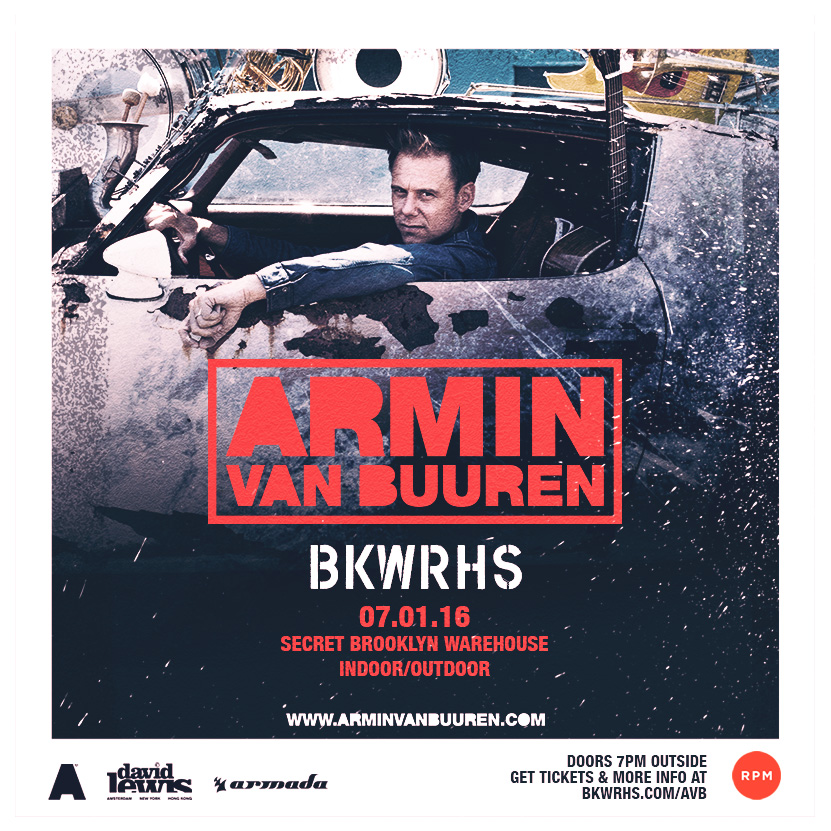 Armin van Buuren BKWRHS is undoubtedly one of the hottest tickets of the Summer—and lucky for you, you can get yours starting tomorrow (June 3rd) at 3 pm EST, here.

The Armada Music co-founder and creator of A State of Trance (ASOT) will deliver his first warehouse event since taking over Brooklyn’s Tobacco Warehouse for back-to-back days in July 2006. Marking nearly ten years to the date, the trance titan makes his Brooklyn warehouse return with BKWRHS, presented by RPM Presents & David Lewis Productions.

In May, Armin released the latest installment in his annual ASOT compilation series, A State of Trance 2016. Found on ASOT 2016 are new tracks from some of trance music’s finest producers, including new productions from Armin under his moniker Gaia (“Inyathi”) and Rising Star alias featuring Betsie Larkin (“Again”).

For the Armin van Buuren BKWHRS showcase, attendees can anticipate and indoor/outdoor event with outside doors opening at 7 pm.

The undisclosed location will be revealed 24 hours prior to the event.

This is one event of the Summer that you won’t want to miss! So grab your tickets for #AVBBKWRHS here.