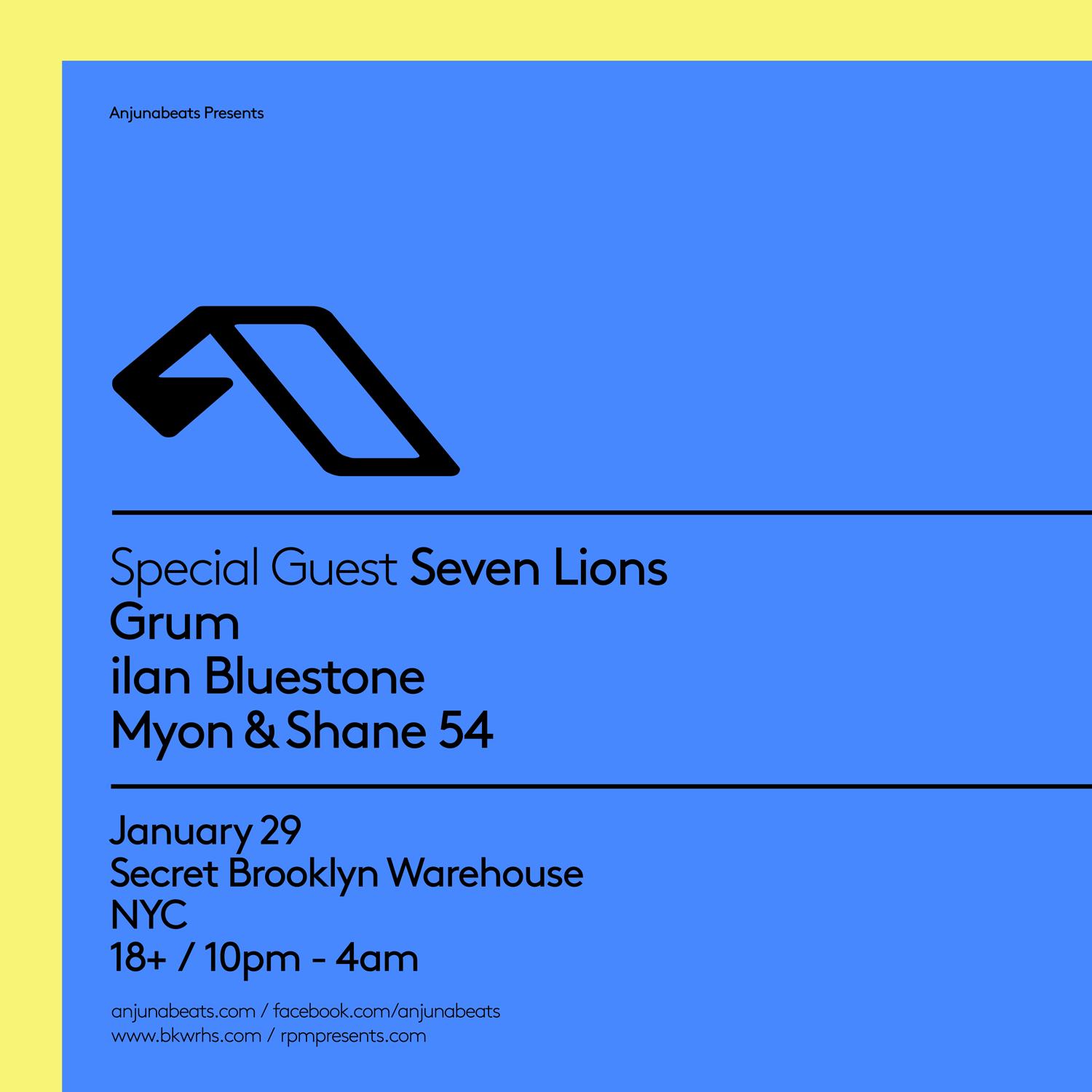 Anjunabeats—the melodic and euphoric label made famous by dance music icons Above & Beyond—is bringing their biggest tour ever to North America.

Stopping at a Brooklyn Warehouse on Fri., Jan. 29, Anjunabeats heavy-hitters Grum, ilan Bluestone, Myon & Shane 54 will provide DJ sets, along with special guest Seven Lions. On December 15, 2015, the famous label released the latest installment in their compilation mix series, Anjunabeats Vol. 12, which is mixed and compiled by Jono, Tony, and Paavo (Above & Beyond).

Recent Anjunabeats lineup additions include Anjuna’s own Andrew Bayer and Jason Ross. It was also announced that the event will take place at the Brooklyn Hangar at 2 52nd St.

The deeply melodic sounds of Grum along with Ilan Bluestone—who has become synonymous with Anjuna—will serenade the city that never sleeps during a massive warehouse event later this month. Bluestone released a number of powerful creations on Anjunabeats in 2015, including “Bigger Than Love” feat. Giuseppe De Luca, “All These Wounds” with BT feat. Stef Lang, “Bonsi,” “43,” “Lighthouse,” and “Tesseract.”

Anjuna-family staples, Myon & Shane 54 are known for their International Departures and Summer of Love interpretations. The mash-up masters—who never disappoint—are certain to deliver another memorable and energetic ensemble.

Jeff Montalvo—better known to dance music enthusiasts as Seven Lions—will deliver a special guest set at the Anjunabeats event, in association with Bkwrhs/RPM. Seven Lions released his notable The Throes Of Winter EP in 2015, which included the hit singles “December” with Davey Havok, “A Way To Say Goodbye” with Sombear, and “Lose Myself” with HALIENE. Montalvo’s 2015 releases “Falling Away” with LIGHTS, “Cusp,” and “Falling Away” feat. LIGHTS all soared to the top of the dance charts and dominated the festival circuit throughout the year.

The Anjunabeats Brooklyn Warehouse event is 18+ and spans from 10pm – 4am.