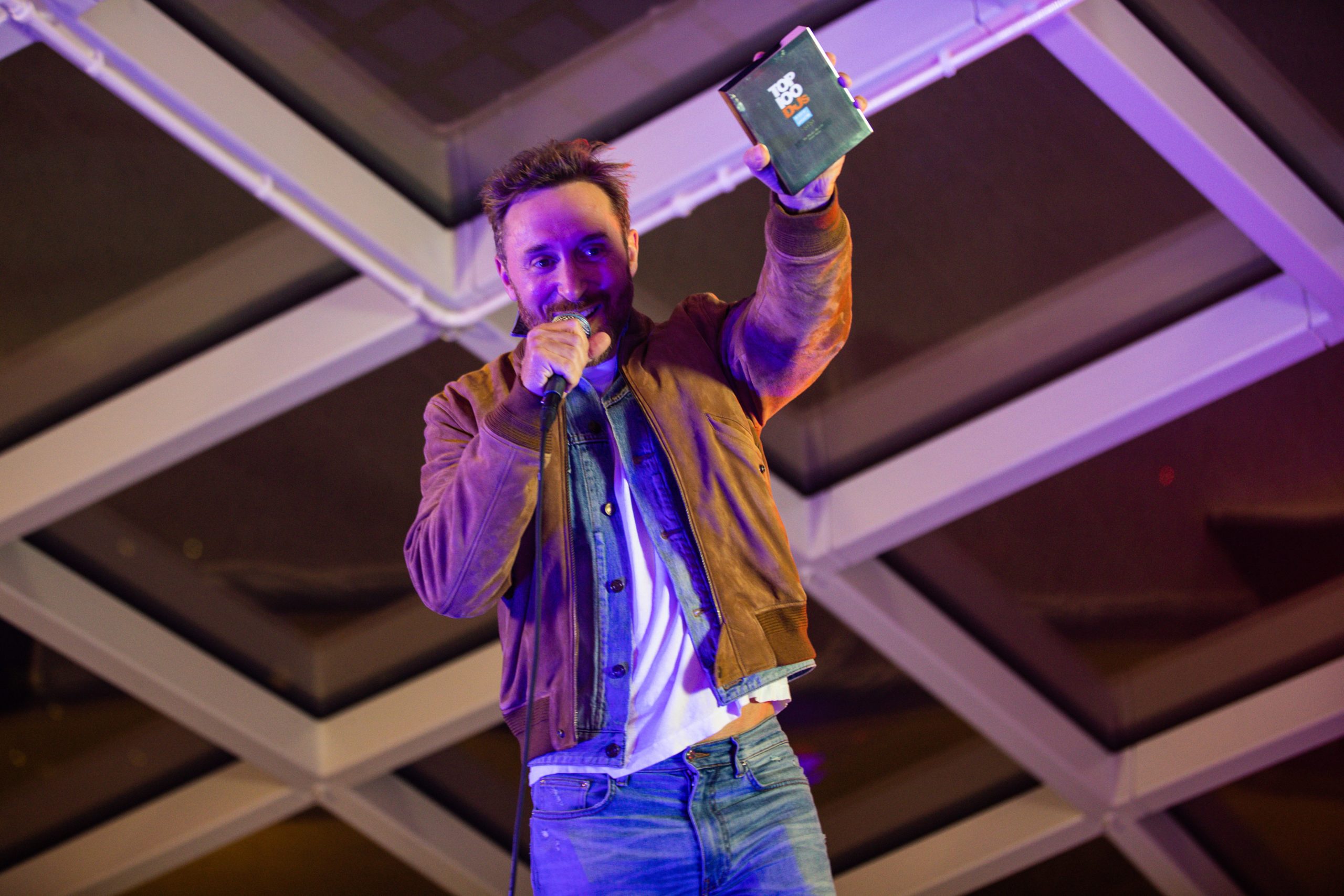 This past Saturday November 7th, fans from all across the globe tuned into the virtual event of the year. AMF presents Top 100 DJs Awards 2020. From all over the globe music lovers witnessed a truly stunning magnificent edition of this massive Dutch festival. Usually there are tens of thousands of people dancing and celebrating in the capital of dance music, Amsterdam. Firstly, it is the celebration of the end of the Amsterdam Dance Event. Secondly, during this massive celebration the new #1 DJ in the world gets announced. With no live events happening this year, people had to resort to other means to party.

Nevertheless the people behind AMF and DJ MAG tried to fill that void in us that we’ve all had these last couple of months. They managed to do so in a fantastic way. They combined their forces to deliver the extravagant virtual event from the world capital of dance music, making the 2020 edition a celebration of dance music with the most unique AMF venue to date. They used the whole skyline of Amsterdam as a picturesque backdrop to the various DJ performances.

“AMF presents Top 100 DJs Awards 2020 was our opportunity to connect and unite in our love for music in this challenging year and it was a pleasure to share it with all of our fans around the world. We are proud to have organized a virtual event with the hard work and dedication of our team, artists and sponsors and we look forward to reuniting on the dancefloor soon. ” Allan Hardenberg, CEO of ALDA

Saturday evening’s celebration was kicked off by a unique moment where various DJs put out a strong message of unity. Notably artists like Armin van Buuren, David Guetta, Afrojack, Vini Vici, and Nicky Romero. Industry leaders such as both the CEO of Insomniac, Pasquale Rotella and the CEO of ALDA, Allan Hardenberg emphasized this message as well.

What followed was an emotional and touching performance by Dutch breakout talent Avalan from an empty Johan Cruijff ArenA. This powerful performance was a tribute to the fans around the world. Most of them eager to party this year at this iconic venue. Sadly they were unable to do so due to the circumstances that the world has found itself in during recent times. The beautiful melodies and inspiring lyrics lifted the spirits of fans who tuned in worldwide. Over the night multiple performances were streamed from the most amazing rooftops in Amsterdam. Notably from superstar DJs like Don Diablo, Armin van Buuren and David Guetta.

Overall, the Hexagonian leader Don Diablo delivered a fantastic future house set. He chose to stream from the stunning rooftop of the Nhow RAI hotel in Amsterdam. Trance superstar Armin van Buuren played an incredible hypnotic set from the CM.com Circuit Zandvoort (worthy of the king of trance music). This performance marked a rare set for the Dutch music giant this year. Later that night, Afrojack and Nicky Romero were revealed as the dynamic duo to form the II=I. Their set from the Skylounge Amsterdam rooftop terrace was a testament to the music chemistry between the two.

This year’s edition marked yet another highlight in the long-running partnership between powerhouses AMF and DJ Mag. AMF is the official host of the DJ Mag Top 100 Awards ceremony. The event also witnessed the crowning of the winner of this year’s edition of DJ Mag’s Top 100 DJs poll. French legend David Guetta scooped the hugely sought-after No.1 DJ award. In doing so, he dethroned previous winners Dimitri Vegas & Like Mike in the process. The title was the second of his career, following his previous victory almost a decade ago in 2011.

Last but not least, the evening was rounded off by the newly crowned number 1 DJ of 2020, David Guetta. With a career that has spanned the best part of two decades, he delivered an outstanding set containing only his own work. His set was filled with high-energy hits, massive classics, and some hot Future Rave sounds that he has explored in recent times. Overall he had probably the most beautiful location, the visually stunning Capital C rooftop in the heart of Amsterdam.

This year’s AMF presents Top 100 DJs Awards 2020 will go down in history as a virtual event that has truly cemented its reputation as a must-see for any electronic music fan. More than 7 million fans tuned into the event from over 120 countries via various online channels. Regardless of the obstacles faced worldwide, AMF delivered an inspiring and entertaining show packed with incredible music. It is great to see that the dance music community from all over the world tuned in to this celebration of music. This year’s edition will most likely be remembered as the most unique AMF to date.