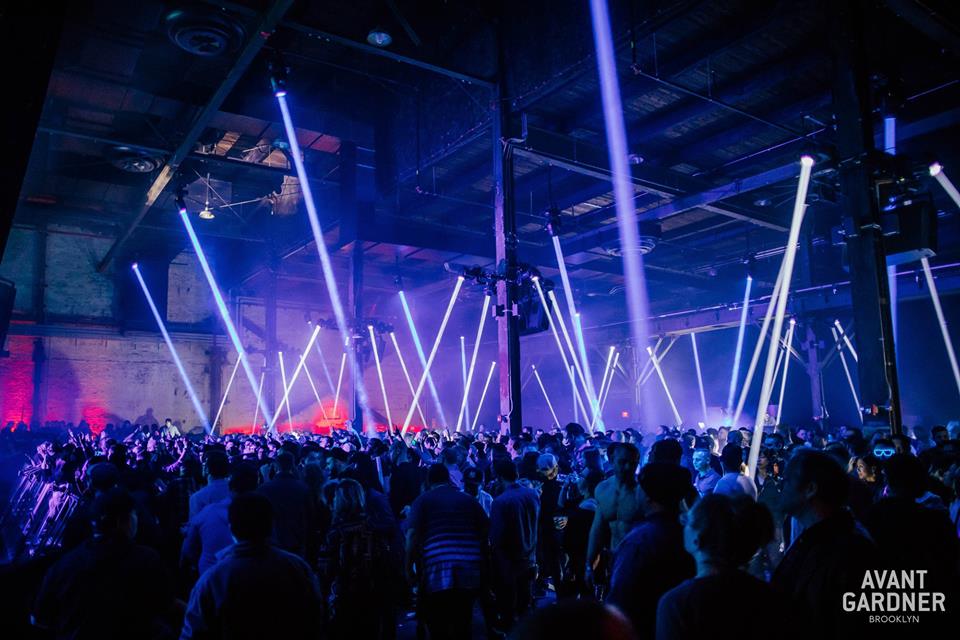 Taking a running jump-start on the New Years weekend festivities, trance kings Above & Beyond took over Brooklyn’s Avant Gardner this past Thursday, December 27. The entirely sold out show was bursting at the seams with the highest of energy and dedication emanating from the crowd.

Fellow Anjunabeats family member Spencer Brown and NYC-born Lucid Noise supported in bringing the uplifting trance feels to Avant’s dance floor. Holding down the stage set inside the massive warehouse space, Spencer Brown properly set the tone for the feel-good night ahead. Just underway with his SB x ID Tour, Brown is hitting stops across North America on a journey through unreleased tunes, forthcoming cuts, and catalogue favorites. Above & Beyond paired with the Anjuna star in Brooklyn and are also accompanying him in Colorado this weekend to celebrate the city’s Decadence NYE festival.

Thursday’s performance featured ⅔ of the A&B crew, but there was no shortage of stage power for the crowd to feast upon. Throwing down anthemic originals like “Northern Soul,” “Always,” “Sun & Moon,” “On A Good Day,” and “Long Way From Home,” the duo also delighted fans with Cosmic Gate’s GRAMMY – Nominated remix of Gabriel & Dresden’s “The Only Road,” Virtual Self’s “Ghost Voices,” Genix’s “Death Valley,” and tons more. Across the widespread dancefloor, Avant Gardner was absolutely packed with heavenly vibes, symphonic masterpieces, and infectious smiles.

The guys of course featured many tracks from 2018’s groundbreaking album Common Ground, which has since smashed innumerable dance chart records, including a Number 3 seat on Billboard’s Top 200 Chart following its release, and a Number 19 spot on Billboard’s Top Dance/Electronic Albums of the year.

This weekend proved to be only the cherry on top of a truly remarkable year for the progressive trance group, but the start to a sensational celebratory New Years Eve weekend, and a positive send-off straight into 2019.

Featured photos via Above & Beyond and Avant Gardner Facebook.