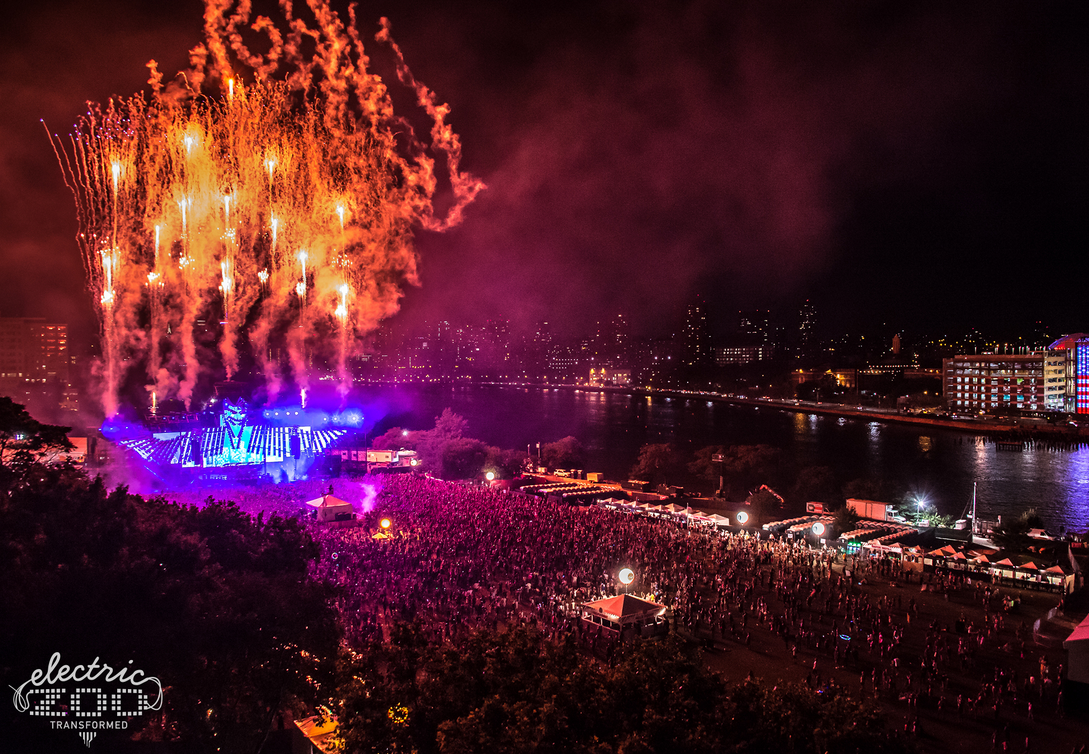 Electric Zoo: Wild Island returns to Randall’s Island in New York City for the eighth consecutive year. This year’s installment will bring performances from some of the biggest names in EDM (electronic dance music) and its sub-genres, including Bassnectar, Tiësto, Hardwell, Porter Robinson (live), and The Chainsmokers.

New York’s electronic music festival, Electric Zoo, which is annually put on by Made Event, screams NEW YORK CITY! A zoo filled with electronic vibes and unbeatable atmosphere, Wild Island is likely to wow even the most finicky and self-righteous party animal. This year signifies eight years strong for the iconic music festival, which is annually held Labor Day Weekend. With this year as no exception, The Nocturnal Times has 10 reasons why you should go wild with your inner animal and close out your Summer at Electric Zoo: Wild Island.

Culturally expressive, Electric Zoo is rich in New York City and dance music culture. As natives and the local community gather with travelers and visitors from across the world, music and experience serve as a universal language in the City That Never Sleeps. From the assortment of art installations and food vendors to choose from at Electric Zoo: Wild Island, bask in the beauty that is NYC with views of the city, local food favorites, and like-minded individuals. When it comes time to feed the animals, some of the popular food vendors that have been part of past feeding times at the Zoo include: Luke’s Lobster, Crif Dogs, Valducci’s Pizza, Home Frite, Chickpea & Olive, Bareburger, Juice Bar USA, Vegetarian Oasis, Rickshaw Dumplings, Fornino’s Meatballs, Korilla BBQ, Thai BBQ, Wolly’s Ice, Mexicue, and many, many more.

Spend your Labor Day Weekend in one of New York’s most sought after parks. Randall’s Island Park is a sprawling space that offers visitors scenic views of the New York City. From the scenic views to the unparalleled atmosphere, there’s definitely something that sets Electric Zoo apart from others of its kind. The fresh grass (at least on day one)–amid the vast open area surrounded by trees–makes for a serene environment for the thousands of patrons gathering on the island to celebrate LDW 2016.

As an Electric Zoo staple, Sunday School returns to Randall’s Island this year with various curators and DJ sets over the course of the three-day weekend. Anjunadeep, the Anjunabeats’ renowned sub-label and their family of funky underground artists will soundtrack the Sunday School Grove on Friday. A sound which has resonated so successfully with the Electric Zoo faithful, the deep and techy Anjuna favorites will include  me (Live), Lane 8, Way Out West (Live), Moon Boots, Yotto, Cubicolor, HVOB (Live) and Lauren Ritter playing into the night! Always a safe bet for quality music and top notch atmosphere, the Sunday School Grove will be flooded with deep house lovers and chill vibes.

From Anjunadeep to Dim Mak, Elrow to Ants, and Buygore to Sunday School; this year’s curators of Electric Zoo are sure to offer festival-goers a unique experience through their diverse lineups. Become serenaded by your favorite electronic sub-genres as the soundtrack. Ibiza-famous ANTS makes its way to the US for its EZOO debut along with Elrow and the 20th anniversary of Dim Mak. Whether you prefer techno or underground, fancy deep house and underground, or go wild for bass and electro, this year’s curators offer something for everybody. Whatever your music taste, wander over to one of the five stages at Electric Zoo: Temple of the Cobra main stage; Hilltop Arena; Riverside; Sunday School Grove; and the Treehouse.

It’s already been eight years since Electric Zoo Festival landed on Randall’s Island. Commemorating its 8-year anniversary, this year’s Electric Zoo is Wild Island themed following last year’s EZOO: Transformed. Find out what additions and changes are in store for this year’s installment of Electric Zoo with Wild Island. Included in the Wild Island edition of Electric Zoo Festival this year, attendees can also expect to be wowed by captivating new stage designs. The immersive interpretations include a transformed Temple of the Cobra main stage and re-imaged Hilltop as the Crystal Cave. Last year’s main stage, which depicted a full-spread Phoenix, was innovative and creative—so expect to be blown away by the Cobra main stage, its coinciding light shows and pyrotechnics.

Bassnectar, Tiësto, Porter Robinson (live), Hardwell, and The Chainsmokers will take over the Temple of the Cobra main stage at Electric Zoo Wild Island. Across the three festival days, others acts to embark on the Wild expedition include: Gareth Emery, Andrew Rayel, Cash Cash, Claptone, Steve Aoki, Louis The Child, Cedric Gervais, Ilan Bluestone, Joris Voorn, Sam Feldt, Tigerlily, Illenium, and many more. Adding to the diversity of EZOO’s talent roster, there are a slew of live performances and back-to-back ensembles. With Porter Robinson as one of the festival main stage headliners, the US-based producer and DJ will perform a live showcase on Sat., Sept. 3. The “Worlds” creator is a multifaceted talent that’s certain to be one of the major highlights of EZOO: Wild Island. Other live acts slated to take the stage at this year’s Electric Zoo include  me, Way Out West, HVOB, GoldFish, Hermitude, Pat Lok, Fatherdude, and Henrik Schwarz. The back-to-back ensembles at this year’s Zoo include: Cookie Monsta B2B Funtcase; Alex English B2B Dali; Ace Alvarez B2B Miss Jennifer; and Shahar B2B Pablo Romero.

Music festivals are about expressing yourself and embracing your inner free-spirit. Express yourself at Electric Zoo as part of an ever-growing community of like-minded individuals who share similar interests. Whether traveling to the festival alone in hopes of meeting new friends or embarking on your exploration with a squad, there’s a sense of unity in the air at Electric Zoo. So feel free to wave your flags in the air, hold your totems towards the sky, rock your favorite rave gear, and even have your face painted to embrace your inner animal! Year after year, the Zoo is known for its awe-inspiring art displays and installations. Past art installations have included (but are certainly not limited to) a breathtaking elephant made entirely out of colorful flowers (2015) and an artist painting the facade of real life yellow charter school buses in true Sunday School fashion (2010).

Sponsors play a vital part in allowing your favorite music festivals to come to life. Who doesn’t enjoy free gifts, free cell phone charging stations, free drinks, and awesome experiences? The sponsors of Electric Zoo are responsible for bringing an added element to the festival every year. One of last year’s sponsors, T-Mobile, presented patrons with a #MusicFreedom VIP house with raised platforms for superior views of the main stage. Another sponsor in 2015 was Smirnoff, which offered attendees free cell phone charging stations, crafted cocktails, and complimentary gifts such as candy and accessories. Other sponsors of Electric Zoo’s past are Ultra Records, Red Bull Music Academy, vitaminwater, Coors Light, Coca Cola, MasterCard, Beatport, Zico, Blue Moon, Samsung, iHome, Vita Coco, Pacifico Claro, Life Beat, and Hi-Chew. Stay tuned to find out which sponsors are on board for Electric Zoo: Wild Island (for a little something extra).

One of the great things about the festival ending before midnight is that you’ll have plenty of time to make it to the after party of your choice following the festival. Each of the three nights will present several different options for party animals in the City That Never Sleeps. It was just announced that Space Ibiza New York will host official Electric Zoo: Wild Island after parties with guests to be announced soon. In prior years, after parties have taken over popular NY venues such as Pacha NYC, Webster Hall, Output, Marquee, Lavo, Roseland Ballroom, Best Buy Theater, and Cielo. Check this space for more official after party announcements as they’re unveiled.