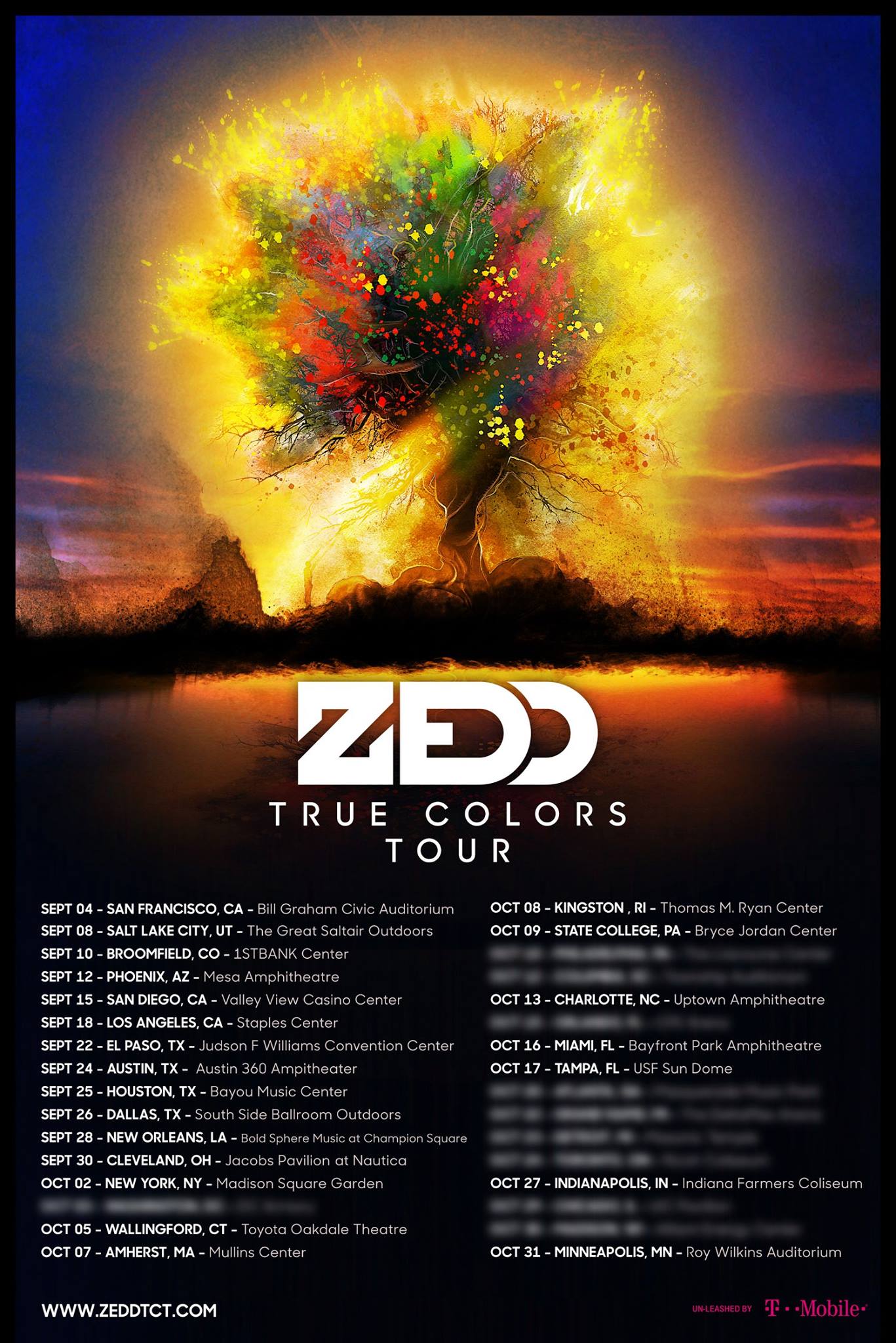 Embarking on a tour to reveal his “True Colors,” internationally famed musician, Zedd, is traveling across North America this fall—and one of the tour stops is a very big one. Performing at the iconic arena on Friday, October 2, 2015, Anton Zaslavski—better known as Zedd—is headlining his first-ever show at the world’s most famous arena, Madison Square Garden.

Known for his massive radio-smash “Clarity” featuring Foxes, Zedd set out to conquer all ends of the electronic dance music (EDM) spectrum with recent releases from his latest studio album. His “True Colors” LP includes the dance-floor-ready, radio-hits “I Want You To Know” featuring Selena Gomez, and the most recent single release, “Beautiful Now” featuring Jon Bellion.

Reaching the finale of his own Fall Live Tour, Madeon will provide musical support at Madison Square Garden for his tenth and final performance accompanying Zedd. The talented French phenom has certainly contributed his own masterful touch into each stop, all leading to a DJ set in one of the world’s most iconic venues. With productions such as “Pay No Mind” feat. Passion Pit, “The City,” and “Finale” feat. Nicholas Petricca, Madeon will share his sound with New York City on Oct. 2 following his recent performance at Electric Zoo: Transformed on Randall’s Island this past Labor Day Weekend.

Zedd is bringing his True Colors Tour to MSG for an 18+ event along with Madeon, which is presented by T-Mobile. Tickets for Zedd at Madison Square Garden are available HERE.

The multifaceted DJ and producer’s True Colors Tour will also stop in Los Angeles at the Staples Center (9/18), San Diego’s Bill Graham Civic Auditorium, Miami’s Bayfront Park Amphitheatre, and many others. For a full listing of True Colors Tour dates and to purchase tickets, click here.