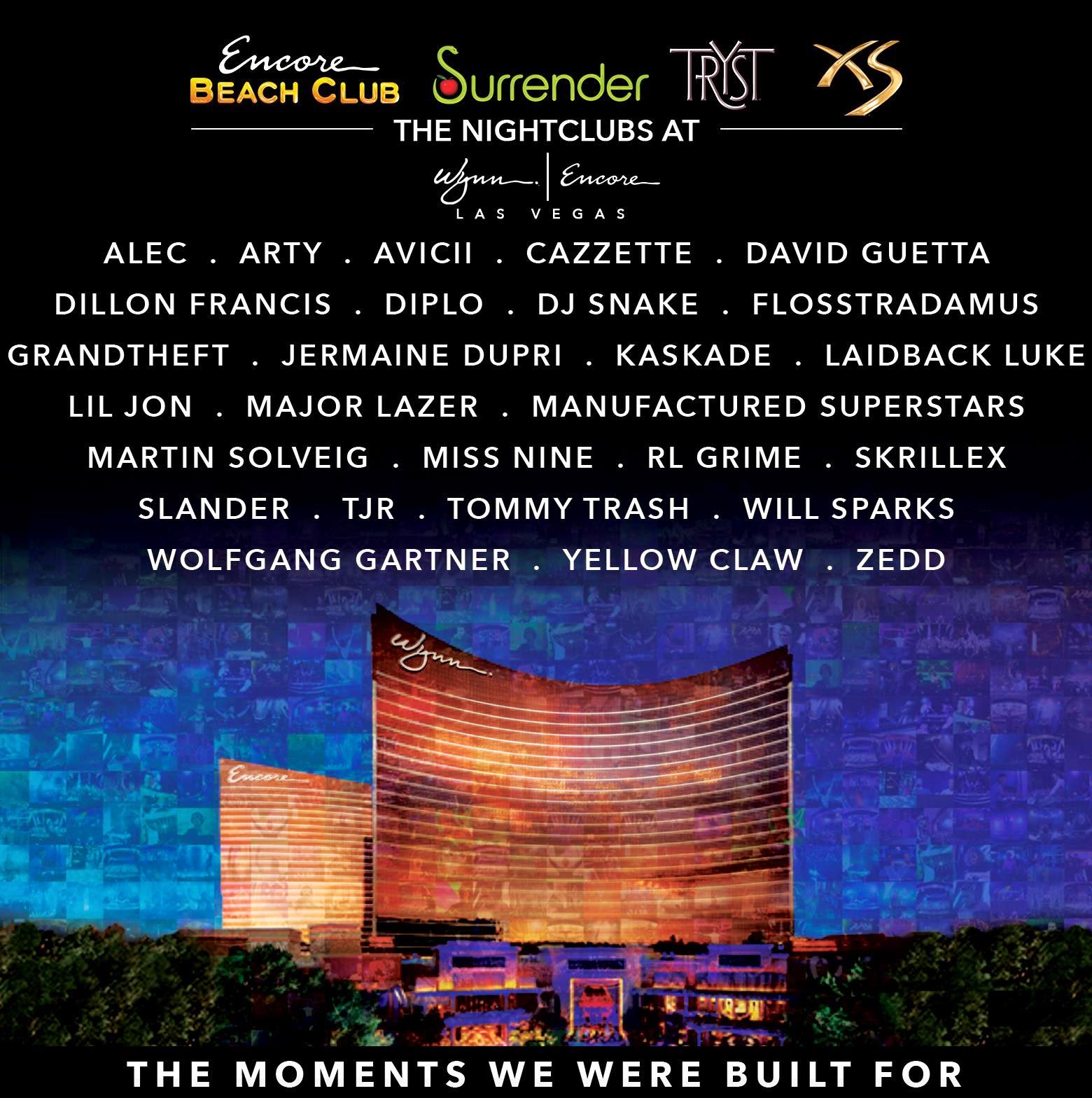 The Wynn, which is home to four of the hottest Las Vegas nightlife establishments, has announced their 2015 talent roster and DJ residencies. The nightclub conglomerate, which consists of XS, Surrender, Encore Beach Club, and Tryst, will draw some of the biggest names in dance music including some new additions.

While many of the 2015 residencies at the Wynn remain consistent from last year, one of the most prevalent surprises is the return of Kaskade. Ryan Raddon (Kaskade) had exclusivity with his Summer Lovin residency at Marquee Nightclub and Day Club at The Cosmopolitan in 2014, which is now once again with the Wynn.

Keeping with the nightlife trends, which continue to heat up on The Strip, the Wynn along with other hotels and casinos are presenting diverse talent rosters. Incorporating different styles of dance music, EDM sub-genres, hip-hop, and rap, the lineup is diversified and caters to many musical palates.