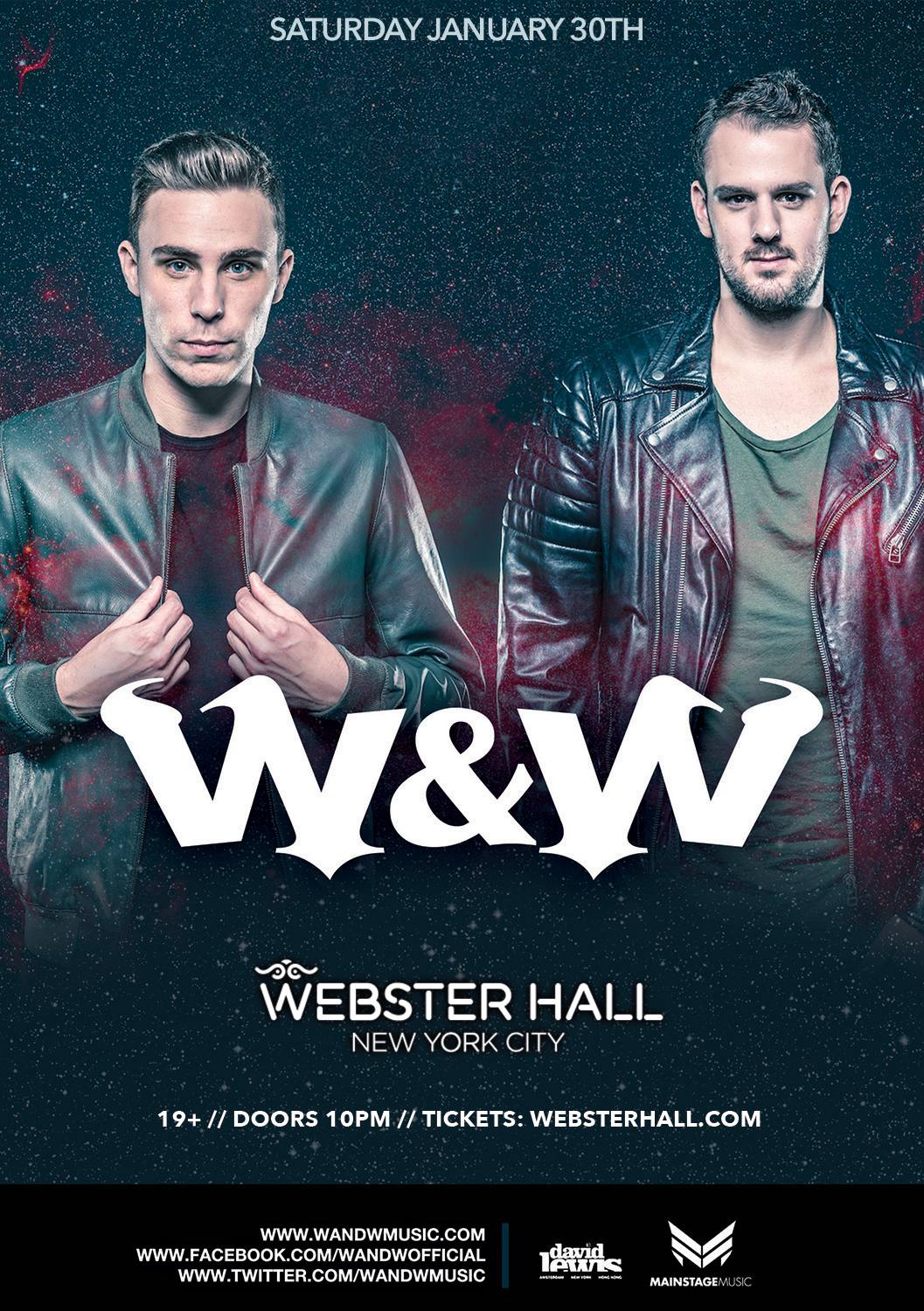 International Dutch DJ/production duo, W&W are coming back to New York City for their own headlining event at the famed Webster Hall.

On Saturday, January 30, 2016, the Mainstage Music moguls will bring a high-octane musical performance filled with contagious dance tunes. Willem and Ward have been breaking genre barriers for over a decade; coming from trance roots and transitioning to progressive and electro house as of late.

No strangers to NYC, W&W has played at iconic events over the years, including EDC New York, and ASOT 600 at Madison Square Garden, among other signature venues. The New Year is shaping up to be a huge year for the duo after a tremendously successful 2015, reaching #14 on the DJ Mag Top 100 poll.

After headlining countless festivals around the world, trips to Ibiza, residencies in Las Vegas, and a remix of Adele’s massive new single “Hello,” W&W want to start off 2016 with a bang!

Don’t miss out on W&W’s upcoming performance in the iconic Webster Hall Grand Ballroom! Get your tickets HERE.