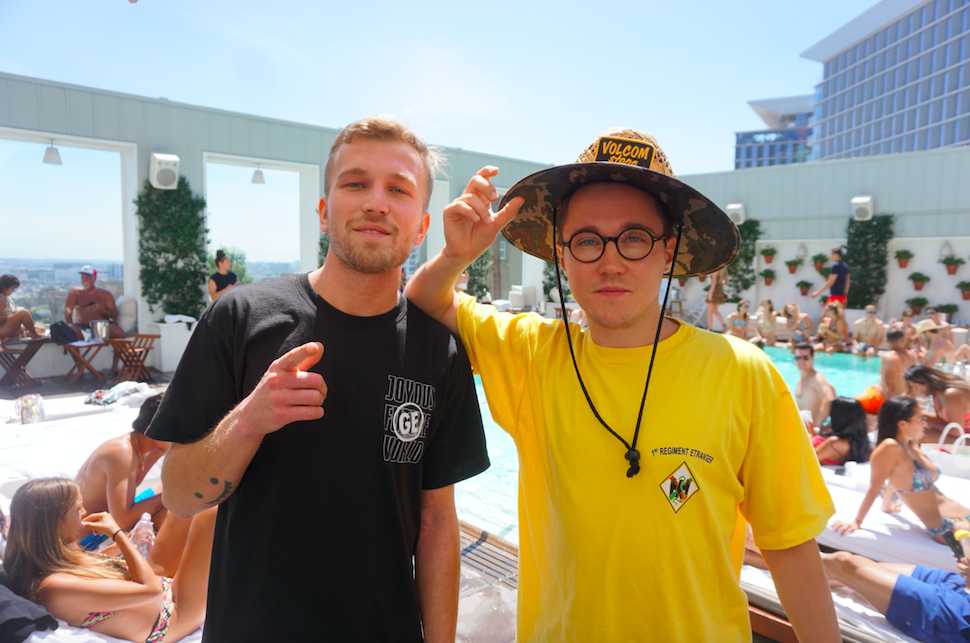 Eastern European DJ/Production duo BELMONT BOYS are revealing their newest single “PJ”, and The Nocturnal Times has the world premiere of this delightful new record. Officially out tomorrow, June 23rd, catch your first listen at “PJ” with us below.

Weaving an essential danceable vibe into “PJ,” the song builds on fundamental piano loops, freshly minted percussion, flute, vocal samples, and an irresistible bassline. Altogether, the track lands in at just under four minutes of solid gold. BELMONT BOYS have harnessed both minimalistic yet buzzing tones to produce “PJ” and listeners will find themselves easily grooving nonstop.

“This track started with the piano loop which was composed on an Ableton Push. We made it after Très opened for the Chainsmokers last summer and absolutely had to hit the studio after. PJ stands for Private Jet. We always see big DJs flying private to shows and posting photos like they’ve been producing in the air. The dreamy piano and driving bass make this a dance worthy addition to any house playlist, or USB if you’re a DJ.” – BELMONT BOYS

The BELMONT BOYS already have blossoming careers under their solo monikers Plumpy and Très Mortimer, and now the Slovakian and Polish artists have come together to enter a new force of music. The two grew up together in Chicago and were influenced by house genres, and have since developed their own combination of sound elements that work seamlessly together. Diplo held the premiere of the BELMONT BOYS’ first song together titled “BAMBU” at Burning Man. “BAMBU” was released via Mad Decent, and has received 500k+ plays across streaming platforms.

On the solo side, Plumpy has remixed for X Ambassadors, Grayson Chance, TyDi, Riff Raff, and The Arkells, as well as released on a number of labels including Young Money, Interscope, Armada, Trap Nation, and more. Straddling between dance music and hip hop, Très Mortimer has opened for The Chainsmokers, Audie, Nitti Gritti, Lil Yachty, YBN Cordae and more. He’s played at a number of well known venues throughout the states including LA’s Exchange, Chicago’s Concord Music Hall, and Seattle’s Nuemos. With incredibly proper solo repertoires under their belts, the BELMONT BOYS are launching at unstoppable speed, and “PJ” is right there at the forefront.