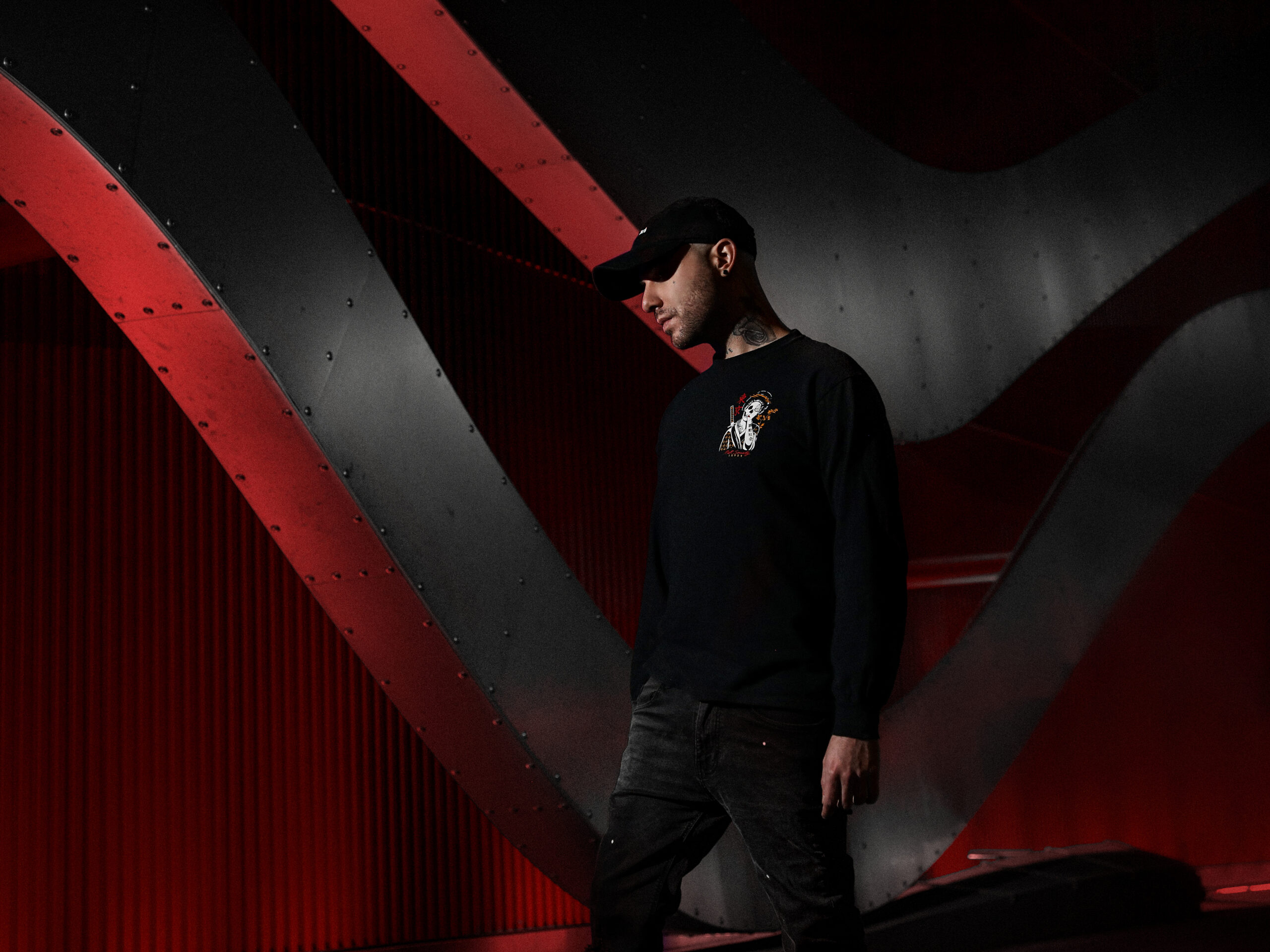 Canadian startup One True God (OTG) has been an active producer since 2018, but first appeared on the scene as a singer via “Come To Me,” on mau5trap, where he captivated listeners with his powerful vocals. One True God is an inspirational and unusual character in the electronic music space. His music draws heavy inspiration from his life and often is about romance and the complex emotions of love. Much of his sonic style is built on emotive, darker thematics such as the challenging parts of love and romance, paired with angsty bass elements and mid tempo melodies. People have described OTG’s music as “angry Zhu.” as he also sings on all of his own tracks.

“People are much more in control of their lives and situations than they think they are. That’s just an important message, I feel. And it resonates deeply with me. I think that dedicating a project to that belief was important.” – One True God about his artist name.

Now OTG is back and he delivers a moody electronic remake of Kanye West’s now-classic hit “Love Lockdown” as his newest independent release. The new track is perfectly representative of OTG’s signature style, which centers on minimalistic and yet dramatic sonic thematics with a twist of dark rhythm. Fans can clearly hear that One True God has a personal attachment to the original song itself; in fact, the remake was a product of his relationship struggles he was facing at the time of working on it. While taking on such a well-known production as “Love Lockdown” can be intimidating, OTG does so with sophistication and personal touch of darkness.

Hello OTG! Thank you for taking the time for this interview and congratulations on your newest release.

Nocturnal Times: What inspired you to cover “Love Lockdown” and what message do you want spread with this track?

OTG: I related to the lyrics of the song since I’m going through a difficult breakup at the moment. The main message is that love is one of the most complex emotions we have and can be difficult to decipher.

Nocturnal Times: What is the meaning behind your name “One True God?”

OTG: It means we create our own reality so we are all god.

Nocturnal Times: How do you usually start when creating a track? Do your prefer going off a melody or do you have the vocals already sorted in your head?

OTG: I usually start the melodies and the vocals land after.

Nocturnal Times: The first track that you sing on is “Come To Me” released on mau5trap. How was it for you releasing on such a prestige label and how did that came to be?

OTG: It was a great experience being on a compilation with a lot of amazing artists. After that release it inspired me to work harder in hopes of even bigger releases.

Noctural Times: You went to high school in the Middle East. How did that come to be and do you think that has affected your view on music or producing music in general?

OTG: My dad got a business opportunity in Dubai so we moved out there for four years. I fell in love with dance music in there, and being out there definitely played a huge role in why I started to produce music.

Nocturnal Times: We heard that you have always been attracted to dark characters and superheroes, like Spawn, Blade, Venom. If you could play in a movie what character would you play and why?

Nocturnal Times: A final question. What festival are you eager to play this year and why?

Nocturnal Times: Thank you and hope to see you out on the road soon!

Related Topics:interviewOne True God
Up Next