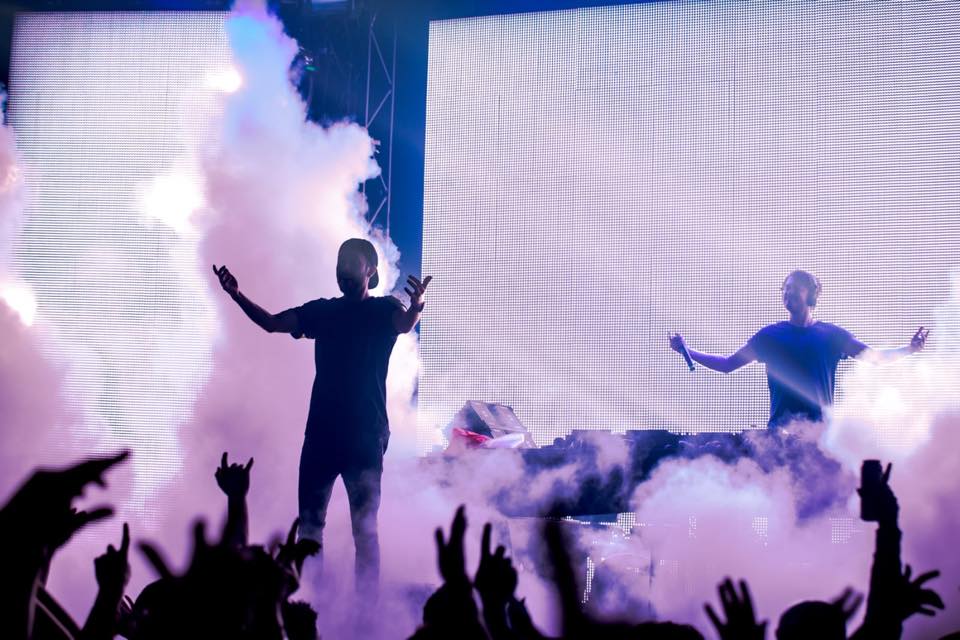 Dutch maestros Ruben den Boer and Victor Pool, better known as Vicetone have easily become one of the electronic scene’s beloved DJ/Production duos. Their vision of creating music and gracing stages with larger than life live performances have positively left a signature mark on fans around the world.

Taking the stage at Boston’s esteemed nightclub The Grand for their I Love Mondays series, crowds packed in to witness the tremendous energy of Vicetone for themselves. Opener Ryan Nichols (one of The Grand’s regular DJs) set the mood effortlessly yet again by mixing in staple EDM songs like Avicii’s “Levels,” and Axwell’s 2008 banger “Open Your Heart.” Nichols’ sets are always an ideal kick-off to bring party-goers straight to the dancefloor, and this time around fans were raring to go for the headlining act.

Just after midnight, Vicetone jumped up with an explosive entrance. From then on it was truly an all hands-in-the-air sort of night, as fans belted their lungs out to their heartfelt original tracks like “Nevada” and “Walk Thru Fire.” Additionally, Vicetone featured “Fences” and “Something Strange,” both off of their 2019 Elements EP. The crowd went especially wild when the pair threw down their irresistible everlasting record “Astronomia” that without fail send chills down your body each and every time.

For all the true ravers at The Grand that night, many of the loudest and most powerful moments of their performance came from mixing in a string of all things Swedish House Mafia/Axwell/Axwell Ingrosso. Infusing The Grand with legendary tracks from Swedish House’s “Greyhound” and “Save The World,” to Axwell’s “Barricade” as well as his timeless remix of “In My Mind,” and to Axwell Ingrosso’s mega hit “More Than You Know.” Vicetone took Boston on a journey of both old and new dance music haven. Furthermore, their set included the one, the only “If I Lose Myself” – Alesso’s eternal anthem that is forever imprinted on electronic dance music.

One thing became clear throughout this thrilling set, and that’s that Vicetone knew just how to wrap The Grand into a fury of straight classics that they, alongside fellow artists have all gifted to the world. Vicetone absolutely won over Boston with an intoxication of heavy dance floor beats, heart-soaring original rhythms, and most importantly their extraordinarily radiant presence on stage. Together, these two really have taken dance music by storm, and are here to stay for the long haul.