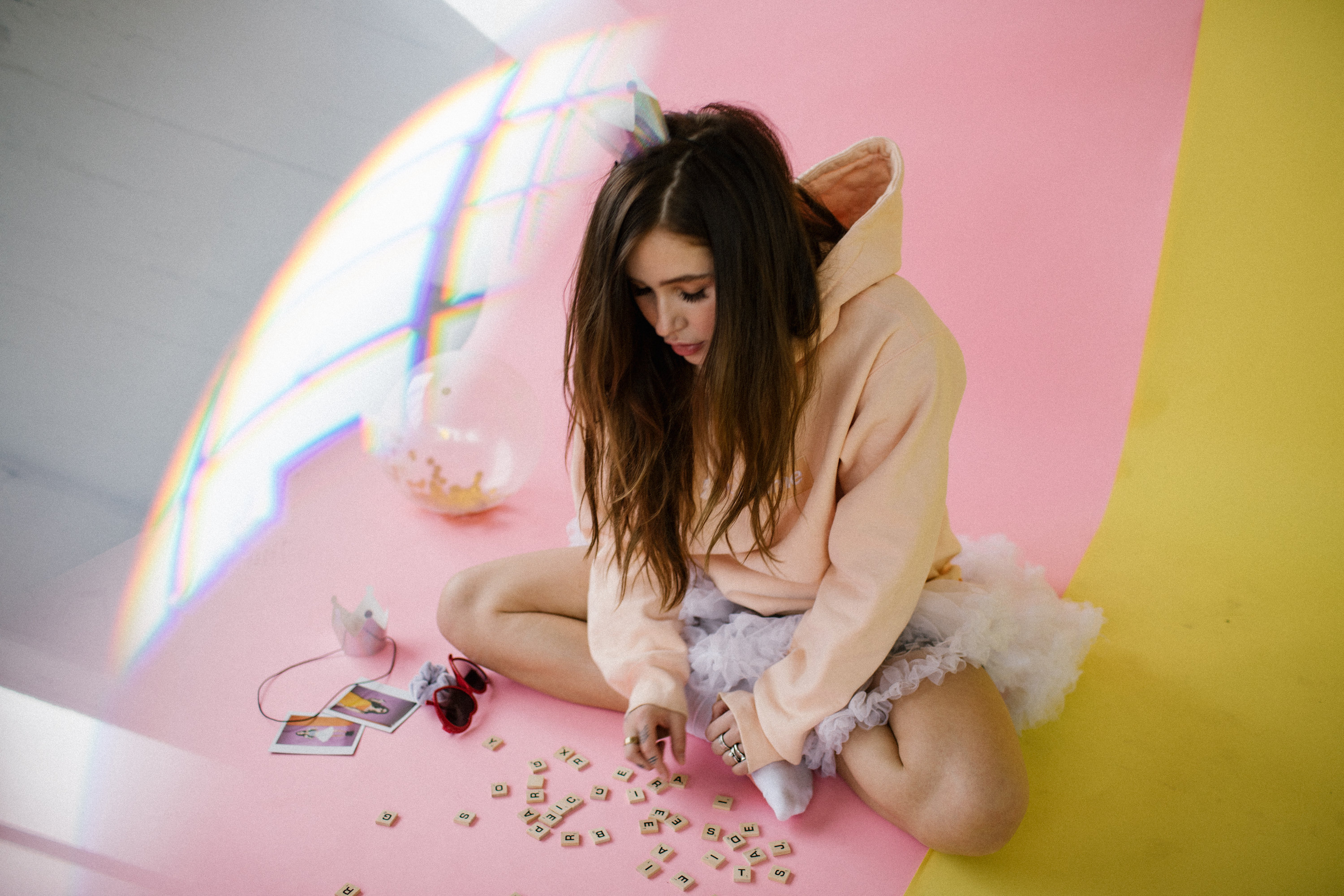 2018 has already been quite the year for the rising talent Cheney Ray, aka CRAY. The Canadian artist made her debut performance at Ultra Music Festival this March, and is set to grace the stages of Sunset Music Festival this weekend, plus Hard Summer, Electric Zoo, and more this summer. Her latest single, Peaches, released last month and it’s a special one, being the first single in which CRAY used her own vocals. Between her energetic DJ sets, gaming skills on Twitch and overall bubbly energy, The Nocturnal Times caught up with the young sensation to discuss a very ‘CRAY’ year for the young singer/writer/producer.

The Nocturnal Times: Where do you draw your inspiration when writing music?

CRAY: Everywhere! There is not one thing that contributes the most; its many things: other music, movies, traveling. Just the other day, I was watching some commercial and loved the tune they used. I was like, damn…I wanna make something like this!

The Nocturnal Times: Your new single, Peaches, takes you in a slightly different direction musically than your previous tracks. How would you like people to perceive your sound as an artist?

CRAY: I want people to perceive my music however they want to. I will forever make what I want to make, I’ve never been set in one genre. I started out making rap beats, and just put out peaches which is nothing like that. Nothing is worse than being stuck in one genre. I want people to take each song as something new and different and as they grow as people, I grow as an artist too.

The Nocturnal Times: You have been incorporating your own vocals into your music including singles like Peaches and Lotus. Did you always know that you wanted to sing in addition to DJ? How did this venture come to life?

CRAY: I actually didn’t sing on Lotus! During that time, I wasn’t ready to use my own voice and wanted to start seeing how lyrics would make my music feel. I sang on my other song 4never and was never really confident with it. The past year I’ve been taking singing lessons to get confident which has done wonders. I think in the back of my mind I’ve always wanted to sing on my own music but wasn’t confident enough to give it a try. Peaches was the first song I sang on, and I felt pretty vulnerable but finally being confident in my writing and my vocals have made me stronger as an artist.

“I actually wrote the lyrics for peaches a long time ago, but when I sat to record it later on, I realized that the song was describing what I was going through at the time. The meaning is about using the hate people throw at you as ammo to be better and keep killing it. People will always try and make you feel like you don’t deserve the success you have and that’s bullshit.” -CRAY

The Nocturnal Times: On the topic of using your own vocals, you haven’t been known to collaborate with a ton of artists, as many up-and-comers can tend to rely on. [Go, girl!] However, if you could collaborate with any artist currently in the music scene, who would be your dream choice?

CRAY: This is a hard question. I have so many in so many different genres. I’d have to say right now Yaeji is such an inspiration for me, and I’d love to work with her.

The Nocturnal Times: People may not know that in addition to creating music, you’re also big on the gaming scene with an impressive following on Twitch. What’s your favorite game to play at the moment?

CRAY: My favorite game at the moment is FarCry 5!

The Nocturnal Times: What’s a common misconception about gamers that you’d like to clear up?

CRAY: Not all gamers are sitting around eating Cheetos in their mom’s basement.

CRAY: I have so many, haha. All I listen to is old jazz, 80’s punk..hmmmm. I’d love to be mentored by Frank Sinatra. I would love to see the process of how he wrote, and created music. It’s so authentic and real, sometimes we get stuck making a song perfect and engineered perfectly I’d love to see how it was created back then.

The Nocturnal Times: Last month, you played your first-ever live set at Ultra Music Festival. Tell us a little bit about that experience and any plans in the works for festivals this summer!

CRAY: It was pretty crazy. I came on stage a little shaky but the energy the crowd threw at me really picked me up. It went by so fast, I couldn’t believe it was over. Lots of festivals coming up this summer, they are the most fun I always play whatever I want and love the energy.

The Nocturnal Times: What can fans expect from CRAY for the remainder of 2018?

CRAY: I cant tell you what to expect because I don’t even know myself! 🙂 More music, more shows, more crocs. This year is about living as authentically as I can and having fun doing it.