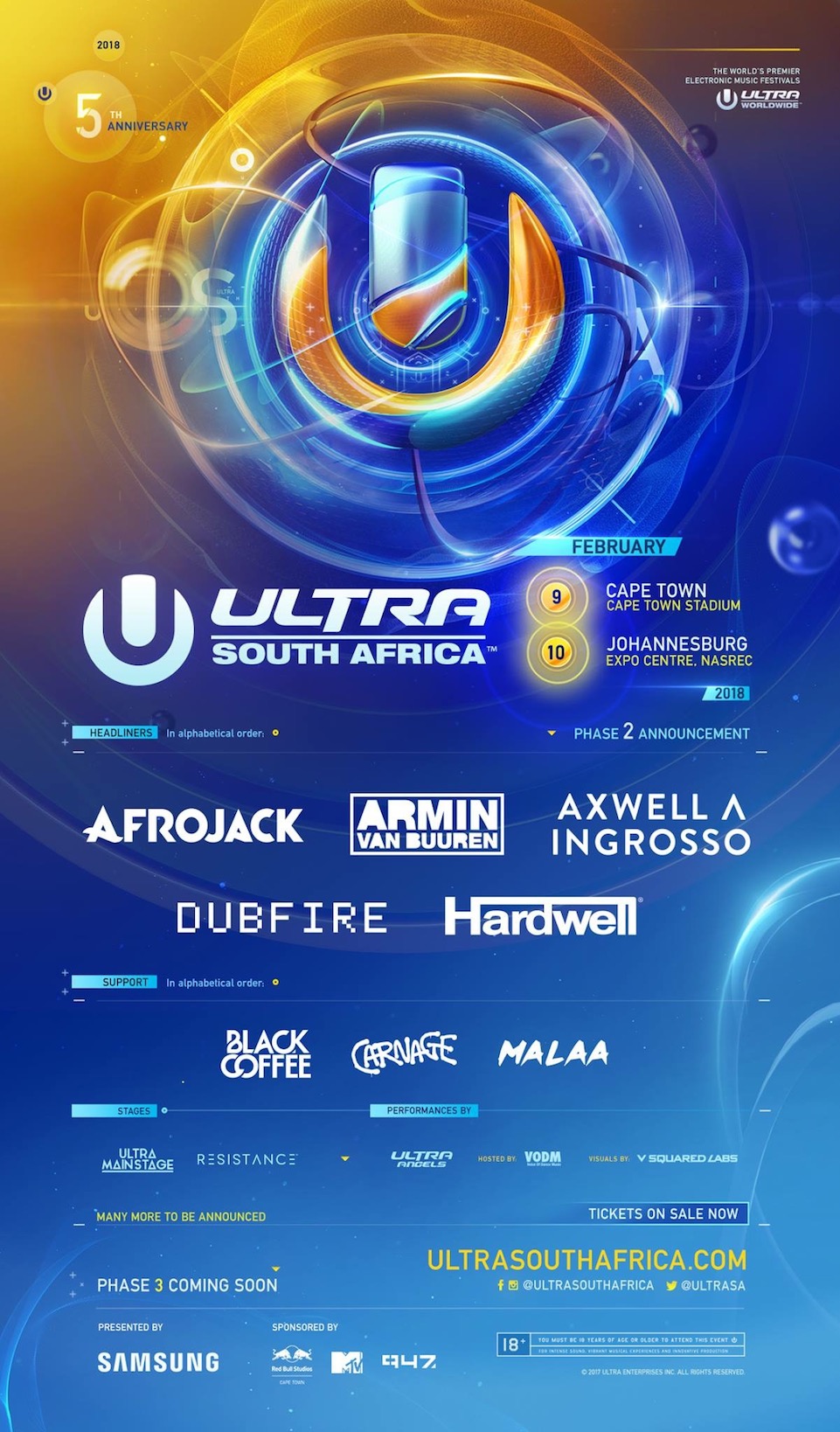 Celebrating the five year anniversary in South Africa, Ultra Music Festival has just announced their phase 2 lineup for events in both Cape Town on February 9th & Johannesburg on the 10th.

Headliners include Armin van Buuren and Hardwell who are both returning in 2018 as well as Axwell /\ Ingrosso, Afrojack and Dubfire who were just announced with no need for an introduction. Support acts will be none other than South Africa’s own Black Coffee, some heavy-hitting bass producers, such as Carnage who’s making his return, and Malaa, debuting his first performance at Ultra South Africa.

The notable return of the Resistance concept takes festival attendees deep into the underground sound that’s reemerged into prominence thanks to Ultra. Fans can anticipate the same immersive production across both the Cape Town and Johannesburg installments for what is certain to be a mind-blowing weekend in South Africa! Tickets are on sale exclusively at ultrasouthafrica.com right now.