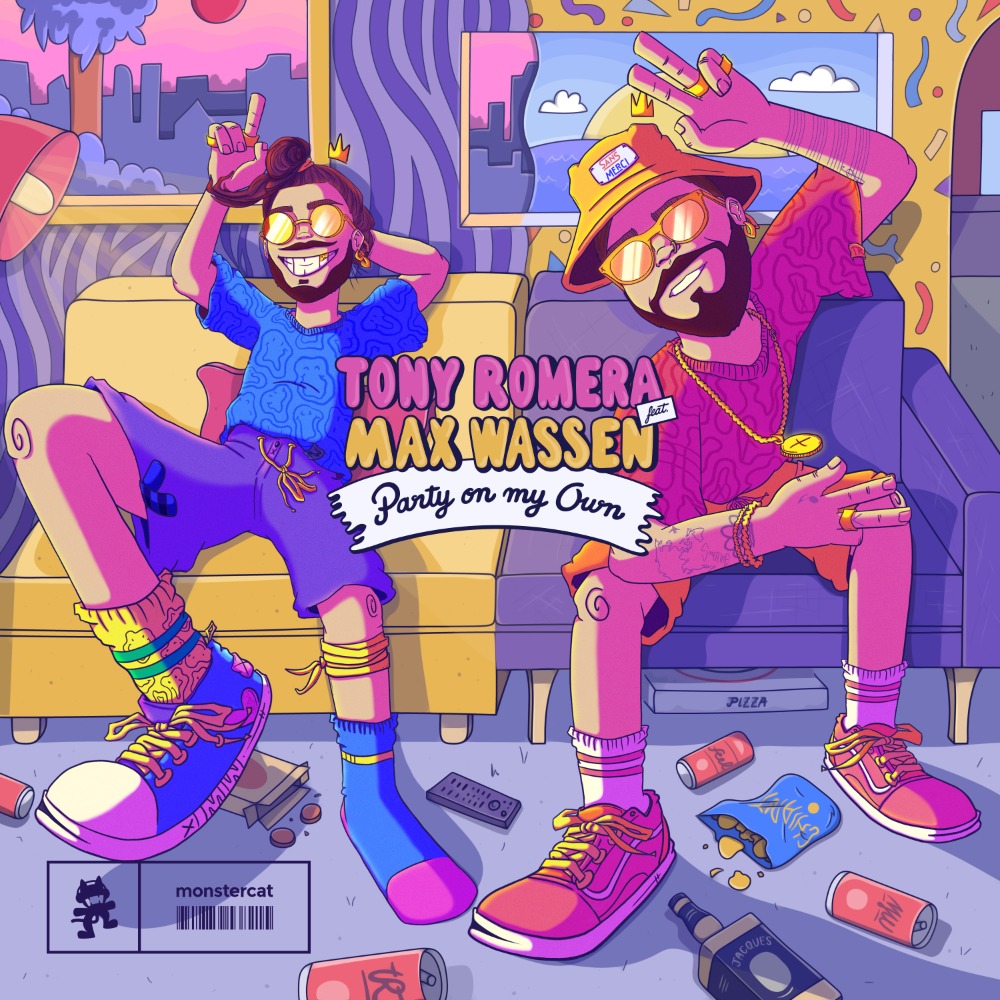 French house aficionado Tony Romera returned today with the third single off his forthcoming debut album, “Introspection”. Linking up with Canadian rapper Max Wassen, the two have delivered this year’s most relatable track, “Party On My Own”. This project sees Tony’s many influences from the classic French electro he grew up within Lyon, to the bass-fueled rap stylings he’s drawn from producing with crossover artists like Max. This party-infused track is out now on Monstercat.

“This track defines how we all felt a few months ago, combining nostalgia and melancholia with hope and happiness at the same time. When I started, I wanted to make something super experimental with some new production techniques I had just learned at the time. Then my friends Miller Miller showed me Max Wassen who was working with them on another project. I totally went nuts when he sent me his work on this song.” – Tony Romera

“If you think we’re making light of a horrible situation then you are 100%, incredibly, undeniably, sorta, kinda right. It’s not that we don’t have empathy for those affected by the pandemic, it’s that the news already makes everything seem like the world is ending so how ’bout a shred of fun during this shitty time, eh?” – Max Wassen