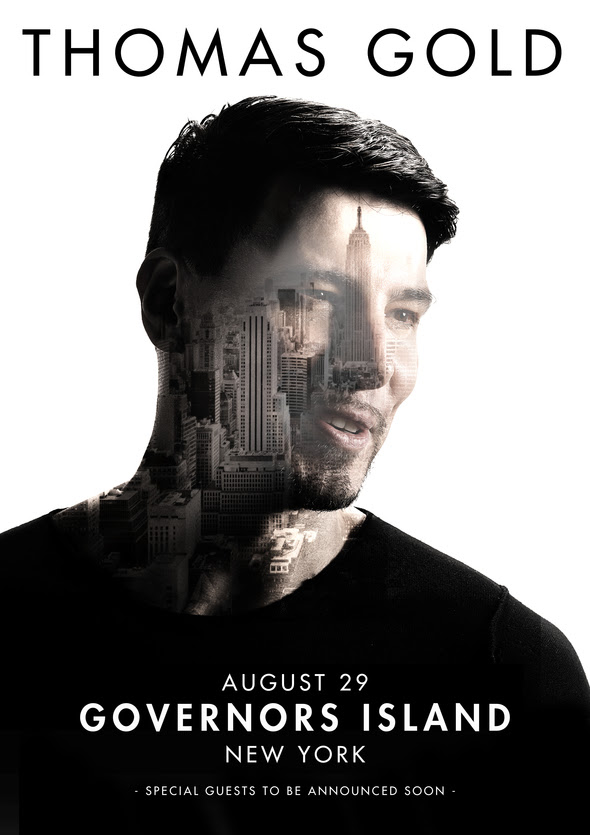 Thomas Gold is slated to make his Governors Island, New York return on August 29, 2015. Gold will provide his fifth show at the venue following four sold out shows. The end of summer show proves to be a special one at the newly revamped Governors Club New York, which was renovated earlier this year. Thomas Gold will also bring an after party to Pacha NYC following his outdoor showcase.

As with previous shows on Governors Island, partygoers can anticipate another sellout from Thomas Gold with his fifth show on the island. In addition to the Fanfare DJ and producer, a huge lineup of co-stars will be announced in the coming weeks.

This year has already proven to be another massive one for the mega-talent, who has performed at Electric Daisy Carnival (EDC) Las Vegas, Cavo Paradiso in Mykonos, and Airbeat One Festival. Gold has also released his latest single “Believe” with an accompanying music video for the Beatport top 5. Up next: Fans can catch Thomas Gold at his gigs this summer at TomorrowWorld in Atlanta and Privilege and Ushuaia in Ibiza.

Check this space for lineup details as they are revealed.

Tickets for Thomas Gold at Governors Club on 8/29 are available HERE.