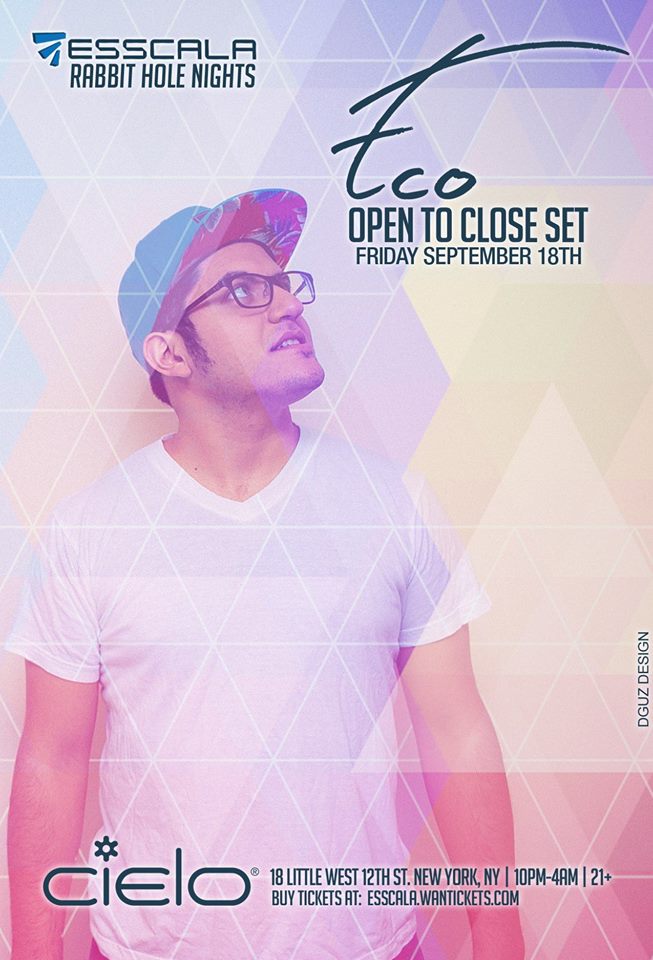 Producer/DJ Eco returns to his hometown for an open to close six-hour journey at his favorite NYC venue, Cielo. Join the local favorite for a 6-hour ensemble in New York City’s Meatpacking District on Friday, September 18 for what’s sure to be a memorable evening.

Marcello Pacheco—known to dance music enthusiasts as Eco—will release his highly anticipated forthcoming full-length studio album Wolves. More information about the new album will be revealed in the coming months. Until then, the visionary musician took to social media to announce that he would be testing out new material from the LP at Cielo for the very first time.

Wolves is the follow-up album to Eco’s debut LP, M(You)sic, which was released through Armada Music on January 1, 2011.

The open to close event, which is presented by Esscala Entertainment, is the latest installment in their Rabbit Hole Nights series. Tickets are available now for just $9.99.

Tickets for Eco’s open to close DJ set at Cielo are available HERE.