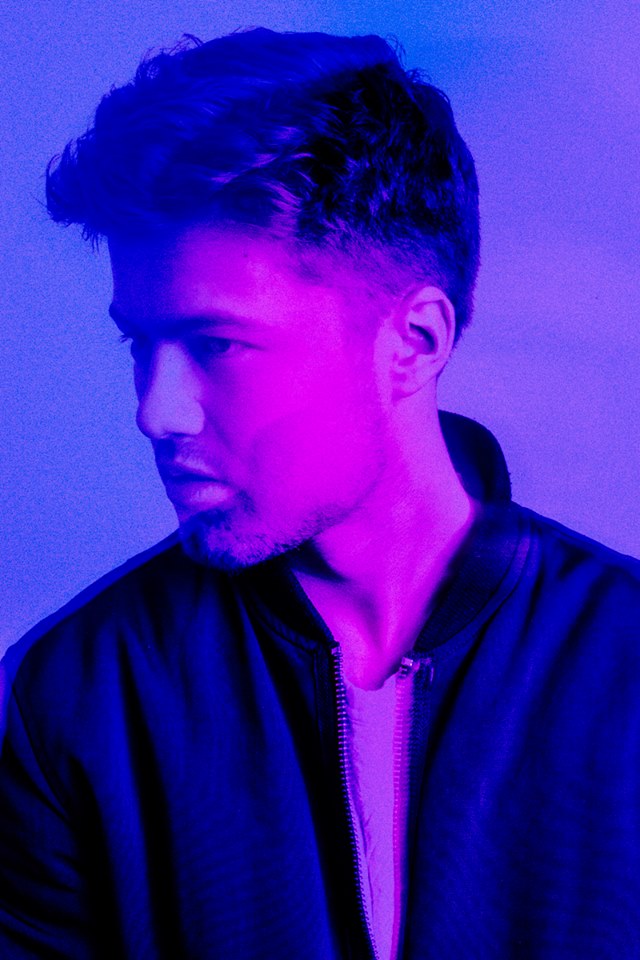 Jerry Folk recently finished his first North American Tour, and we got the time to catch up with the promising young Norway producer to talk origins, goals, and more

Jerry Folk is one of the youngest in the industry, and looks to have a long future ahead of him. At just 20 years of age, he’s already solo’d his own North American tour, released on prominent labels like Next Wave Records, and is currently working on his first ever EP. Jerry Folk has been to some of the nation’s biggest venues and events, including a DoLab performance at this year’s Coachella. He then toured the country visiting popular nightclubs like Q Nightclub in Seattle and The Hoxton in Toronto. He finished his latest run of tour dates with a performance at this year’s Camp Bisco.

Norway is host to some of electronic music’s biggest veterans such as Boom Jinx, Orjan Nilsen, and Royksopp. Each producer makes their own original sound, and Jerry Folk seems to follow the pattern. His style is hard to classify as a single genre and stands out from any other prominent producer, speaking both past and present artists. It can be said that his music is ambient, funky, and slightly soulful. He’s dropped a variety of original tracks in the past year, and with his current project, ‘The Kids Tape,’ he’s aiming to flex his musical spectrum. His first upload to Soundcloud, ZZ Ward’s “365 Days” remix, has a staggering 1.24 million view count from nearly two years ago.

From Soundcloud remixes, to traveling half-way across the world at the DoLab stage in Indio, CA, to plans of his first full feature EP, Jerry Folk is on the move quick. Read the full exclusive interview below and get well-acquainted with the young creative mind of Jerry Folk.

The Nocturnal Times: What first inspired you to do electronic dance music?

Jerry Folk: I used to play in a band from when I was maybe 10. Then when I turned 15 I was like, shit, I was listening to electronic music and was really curious as to the process and how it was made. At that time I was listening to a lot of shitty Eastern Europe electro music.

Growing up in Norway, did that affect your musical inspiration you think?

Jerry Folk: Yea absolutely. I listened to a lot of Norwegian artists like Royksopp and Lindstrom, they inspired me a lot. And also there’s a strong underground scene in Norway, that I’ve enjoyed for a long while. While I don’t make that type of music, it does help to have exposure to that kind of music.

What was the first city you came to in America?

Jerry Folk: That was Los Angeles. I think it’s great, it sucks you have to drive your car everywhere because I don’t have a license. So I have to Uber everywhere. But other than that, I love Los Angeles. It’s nice and warm, and there’s a lot of great musicians out here.

Can you tell us about any memorable moments on your latest North American tour?

Jerry Folk: Every city I’ve been to has been pretty memorable. Since I go on tour alone, I like to just meet up with locals. In each different city they just take me on different adventures. They take me to like old warehouses and a lot of fun stuff.  But from every different city I’ll just be hanging out with local people or promoters and fans just going on different adventures. Which has been sometimes kinda heavy. A couple of times I’ve missed my plane since I’ve been out too long or gone straight from after parties to the airport. Not always the best idea, but just a really cool way to experience each different city. To just not bring anyone on tour, you’re forced to meet completely new people and do completely new stuff. I just figure since I’m still young, I might as well explore. Not just go back to my hotel and sleep.

Recently you did a performance at Camp Bisco, can you describe to us what it was like playing there?

Jerry Folk: Oh that was sick. Camp Bisco is a really cool festival. I loved the nature vibes and all the colors in the trees. My set was really fun.

Is there any particular motivating factors behind your latest project, ‘The Kids Tape’?

Jerry Folk: Yea the thing about ‘The Kids Tape’, as an artist myself, I really like to make a lot of different tempos and genres and all that combines into my style. I think for me ‘The Kids Tape’ needs to be out, for me to introduce to the fans that you can expect different kinds of stuff from me. So when I go on after ‘The Kids Tape,’ people know what I’m about. And if I put out an EP or not, they’ll kinda know what to expect. So basically ‘The Kids Tape’ is like a story about who I am, so people are more digestible to what I’m putting out next.

Do you have more ‘The Kids Tape’ releases planned?

So looking ahead you have an EP coming up?

Jerry Folk: It’s already in the works, I’m just finding the right songs and finishing it up. My goal now is just to get ‘The Kids Tape’ out so people know what I’m about. And then just to make a killer EP and put out the single that is ready. And then after that see what happens.

Do you see yourself making a long term career out of electronic music?

Jerry Folk: Yea I mean it’s the only thing I really wanna do. I’m never going to do anything else. Just keep doing music and hopefully people keep listening.