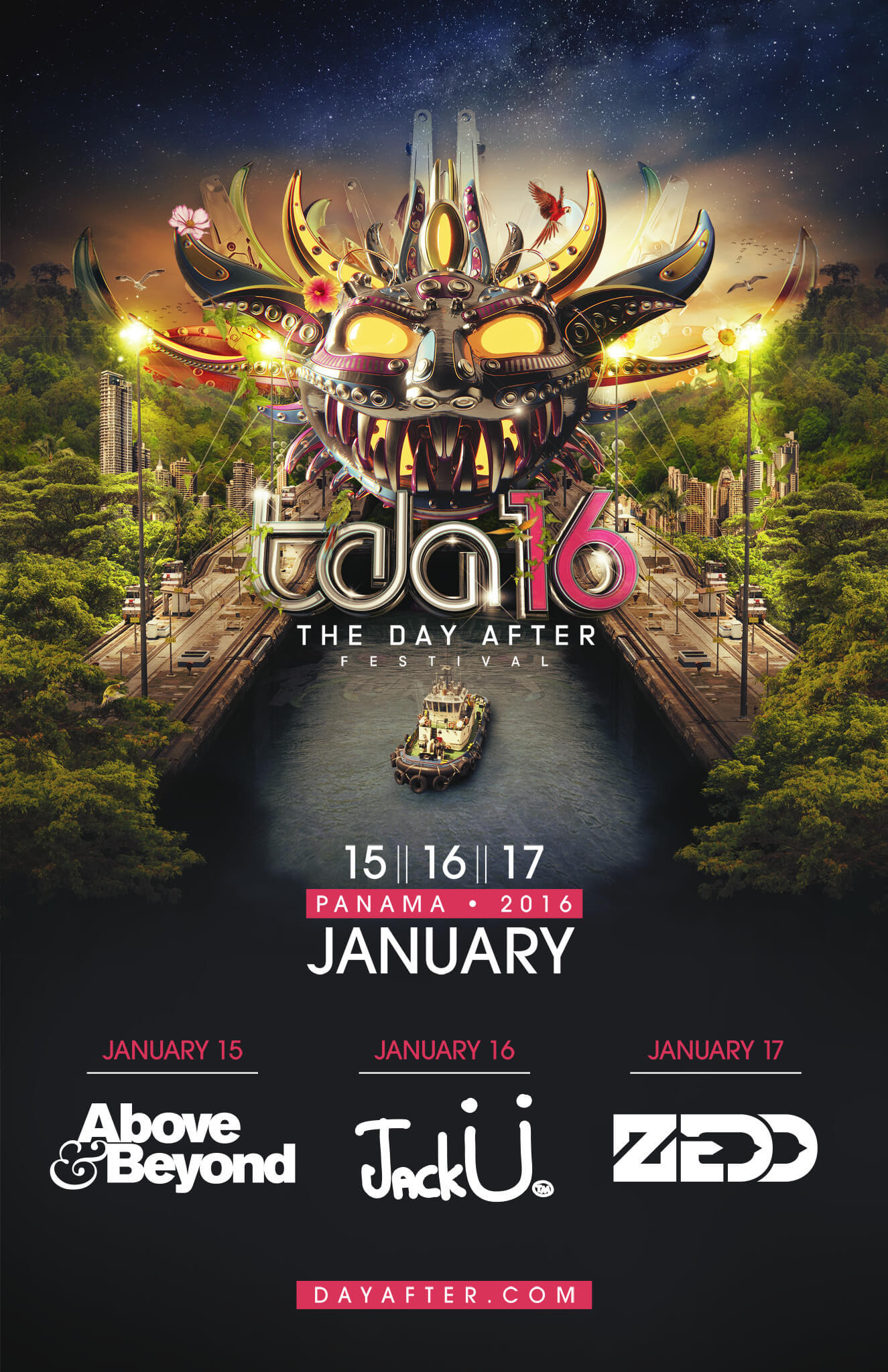 Returning to Panama City, Panama from January 15-17, 2016, The Day After (TDA) Festival is slated to bring some of the most talked about names in dance music to the 3-day event.

Celebrating its fourth year, TDA returns to Figali Convention Center in 2016 and hosts more then 40,000 partygoers for the 72-hour event.

Disco Donnie Presents and Showpro have announced headliners Above & Beyond, Jack Ü, and Zedd will take to the TDA16 main stage.