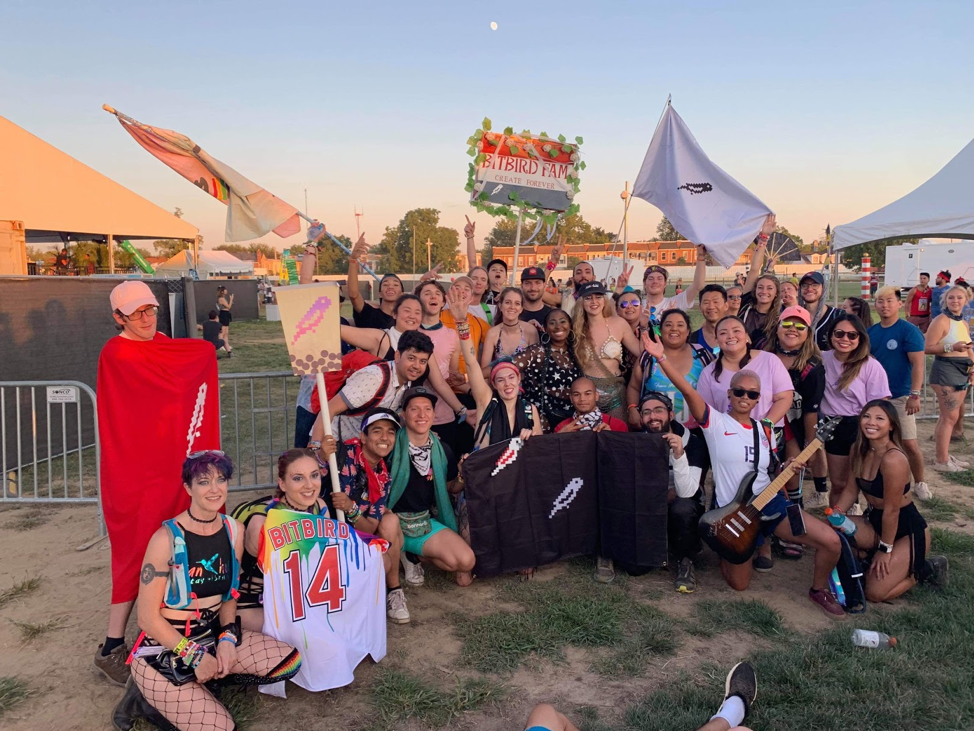 This year, the music scene has already witnessed tremendous musical contributions from reigning bitbird artists including, San Holo, DROELOE, Rome in Silver, Taska Black, and TWO LANES. Now, the vibrant label has changed the game once again with their first-ever fan-made album, create together volume 1. This release comes right from the hands of the community and is by far one of their most unique collections yet.

With a pure passion of supporting meaningful music and spreading positivity, bitbird has succeeded in finding authentic and interesting sounds not defined by a single genre. Their dream is to give artists the support system needed to reach one’s full creative potential. As a result, create together vol. 1 encapsulates this narrative perfectly as its creation came right from bitbird’s Discord server. In this dynamic album of 10 songs, promising new producers were able to contribute their perspectives, making bitbird even more inspired to create forever. Given the difficult times we live in, bitbird hopes this album encourages fans to keep producing and creating forever, together.

“The beauty of the project is that the Discord community brought it to us. They started the server, they grew it, they created this project based on the ‘create forever’ mantra and delivered it to us on a silver platter. Sourced in the community, created with the community and curated in the community. They just asked us for our feedback, but we loved it so much we immediately decided to release it.” -bitbird

The tracks featured on the album were chosen through a one-month competition on the bitbird Discord server where fans were challenged to create a song in this limited amount of time. Their talent, creativity, and capabilities were put to the test, and it pushed these budding artists to discover their potential. While this is a refreshing new way to release music, this is not the first time that the label sought out help from their neighboring communities to curate its sound. Fans have taken credit for bringing new artists to the label, and quite often, the label brings the artists back to them. In the end, create together vol. 1 was built by the hands of the music community.

The bitbird family will be virtually uniting to celebrate this release on April 18th with their second virtual event. The lineup will include both familiar bitbird artists and the ‘create together’ producers, CVR, Galyax, Shwirl, P.I.M, Cumulus, skygate, Yikes, Bvrd, SKARBA, and crims. It will be hosted on YouTube, Twitch, and on their Discord server to come full circle.