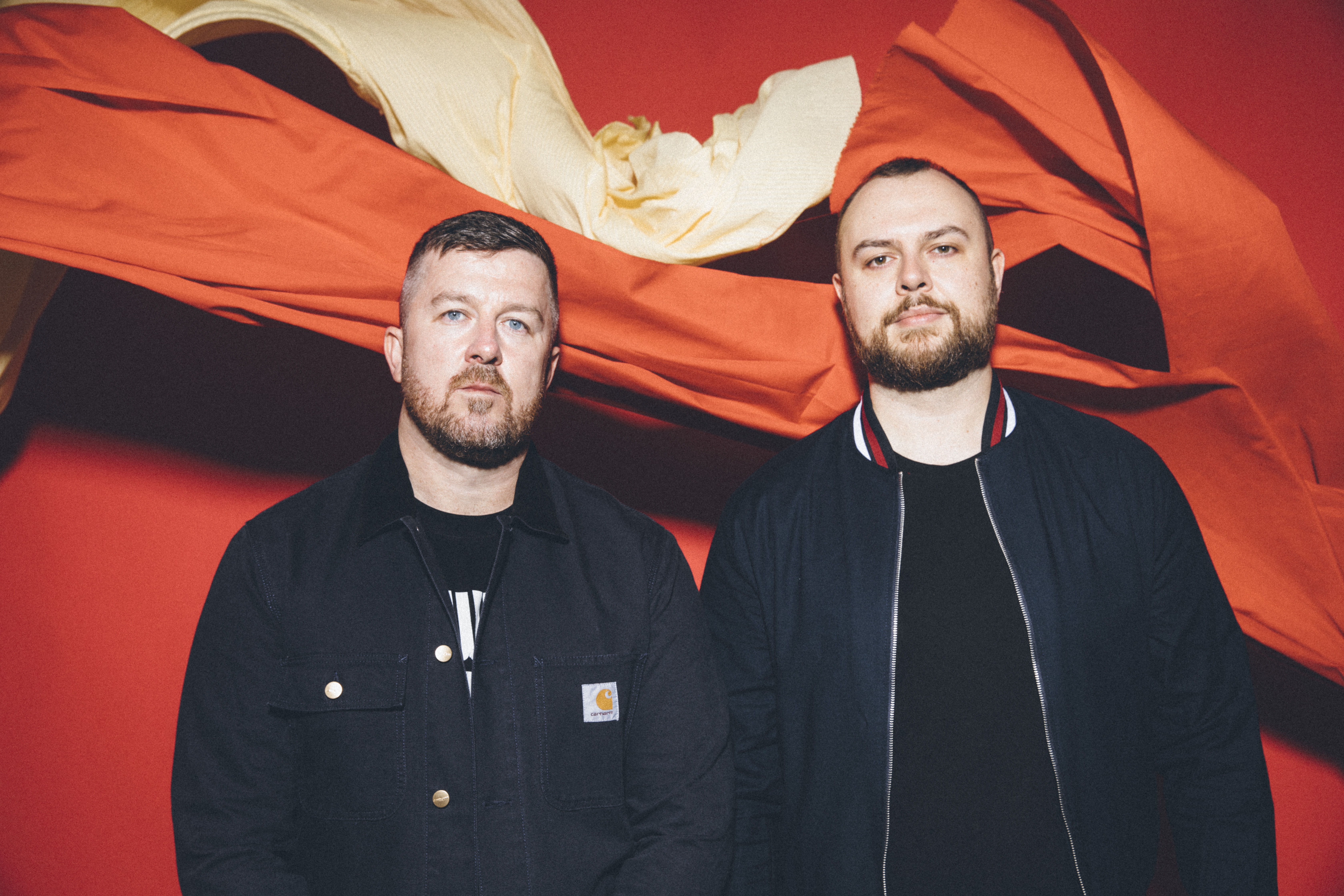 Right on cue for the release of their hot new single “Back To Me,” we caught up with the masterminds behind The Aston Shuffle. Mikah Freeman and Vance Musgrove are the Australian pair creating the Aston genius, and we certainly are excited to share more with you about them. Acting as DJs, producers, remixers, radio presenters and more, the guys have established themselves at the top tier of Australian dance music, and have since gone on to grow in the worldwide scene. Playing major global stages including Tomorrowland the last couple of years and Hï Ibiza, the climb rages on for this incredibly talented duo.

Latest efforts bring you their new single, officially out today via Idris Elba’s 7Wallace imprint. “Back To Me” is an absolute club banger that’s bound straight for your club and party playlists. No doubt this one will also be hitting a dance floor near you very soon so strap on those dancin’ shoes and brace yourselves – this is catchy AF. Beginning its story in Melbourne whilst TCTS and The Aston Shuffle were on a national tour in their home of Australia, “Back To Me” continued on a year-long international journey.

Mikah and Vance share,  “We had the pleasure of meeting TCTS when he came over to Australia for our inaugural Only 100s tour. We managed to fit in a few days of studio time in Melbourne in between shows. One of those days was with singer/songwriter Blush’ko. We finished the initial demo that day and we all felt like we had something pretty special.”

UK producer TCTS continues, “We left the studio in Melbourne with a demo, and over the next months would grab studio time in London whenever Vance and Mikah were over here. The three of us live in Australia, New York and London and half the fun of this record has been the journey it’s been on.”

Blush’ko shares his thoughts as well, explaining the depth of lyrical meaning to him. He says, “At the time I was feeling super down about a relationship I was in. She knew how to cut me down but l still wanted to have her by my side. When I walked into the studio and heard what the boys were working on, it kind of just came out!”

On top of this smashing delivery, the guys have released other recent singles in 2019 titled “Stay” with Fabich and “Now Or Never” on The Magician’s Potion Records. Both tracks are entirely groovy records that will draw you in right from first listen. “Stay” also reached the top 40 Shazam chart in Australia and top 10 in Sydney, further demonstrating the skyrocketing year The Aston Shuffle is already seeing unfold.

Learn more about what Mikah and Vance have going on and upcoming in our interview with them below. Cheers!

Nocturnal Times: Thanks for taking the time to chat with us! We’re super excited about your new single with TCTS and Blush’Ko. How did you all come together for the making of “Back To Me”?

The Aston Shuffle: Thanks very much, we’re excited as well! We toured Australia with TCTS and Icarus in 2017, which was the first tour we did as Only 100s, and we had some time during the week to hit the studio with TCTS in Melbourne. Blush’ko came to the studio to work with us, and we got a very early version of “Back To Me” together in those sessions, over the course of a couple of days. Everyone was vibing on the idea immediately, but seeing as we’re all living in different places, the next few months of progress on the track were made over email essentially. Then in 2018 we were in the studio in London during the week leading up to our set at Tomorrowland, and we spent some more time with TCTS playing around with some ideas to rework our initial version of the track. The reworked version is the one we ended up deciding to release. So the track’s had quite the journey!

The Aston Shuffle: “Back To Me” is being released on 7Wallace, which is Idris Elba’s label, and we’re particularly excited about that! We played on the same stage as him last year at Tomorrowland (the Potion stage) and his set was one of our highlights of the whole festival. It was amazing to hear he loved the track and was keen to release it, and we’re super proud to be releasing it on his label. This is also very much a club-focussed track, and more of a deep, late-night sort of vibe as well, which is something we haven’t done in a track for a while, and we’re excited to be releasing something on that tip!

Nocturnal Times: “Back To Me” is your third single of 2019. With a lot of recent and upcoming music in the works, are there any more collaborations you can share news with us about?

The Aston Shuffle: We’ve been in the studio with Elderbrook, KC Lights, and Jaxx Da Fishworks (among others) over the last little while which we’re still hard at work on, so hopefully we’ll have another one finished & lined up soon. We’re definitely aiming to make 2019 a big year in terms of the amount of music we want to get out there.

Nocturnal Times: Congratulations on “Stay” hitting the top 40 and top 10 on Shazam charts in Australia and Sydney! What are a few other things you have been celebrating recently?

The Aston Shuffle: Thanks very much! That was definitely a big moment for us to celebrate, it’s always special to see your music connecting with more & more people, and we’re lucky that there’s been lots of those moments so far this year. We’ve also just been asked to remix a big artist we really love, which has been really great too – and we’ll definitely be celebrating hard when we get it finished!

Nocturnal Times: Tell us about what you have in the works for touring and traveling this Summer. Any special trips or shows you’re looking forward to?

The Aston Shuffle: We’ve got some US shows over summer, supporting The Magician, which we’re particularly excited about. We’ve played with him many times over the years and those shows are always a lot of fun and super memorable. We’ve got some shows coming together in Europe over the summer as well, which we cannot wait for!

Nocturnal Times: What is one of the best parts about your job? When life gets hectic what motivates you to keep persisting?

The Aston Shuffle: The fact that we’re doing something we love is undoubtedly one of the biggest highlights of our job, we’re incredibly fortunate to be in that position and it’s something we’re very grateful for. That love of what we do is the main thing that sustains us when things get hectic as well – things can get busy and difficult fairly quickly as an artist but having the love of what we do makes it all worthwhile. Things becoming hectic is also just what happens when things are clicking and working well with your career, so it’s up to you to accept it and work with the hecticness rather than against it.

Related Topics:The Aston Shuffle
Up Next