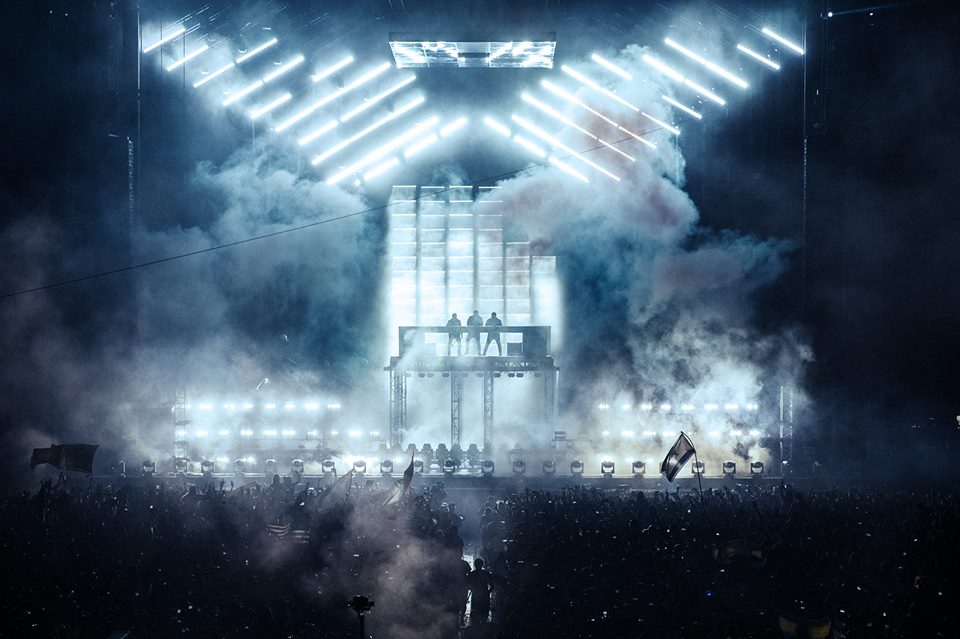 The countdown has begun for iconic group Swedish House Mafia’s return to the paradise of Ushuaïa Ibiza on Friday, July 26th for their one and only summer Ibiza performance.

With a longstanding history together, including a full residency in 2011 and 2012 at the island’s Number 1 open-air venue, it makes sense that the Swedes will sweep through once again at Ushuaïa Ibiza to host this highly-anticipated show. As Axwell, Ingrosso, and Steve Angello tease out the performance on social media, it’s safe to say when the day finally arrives, the island’s vibration is going to be raised to a sensational new level when the trio reign in for one night of pure bliss.

“It was an honour to be a part of such a historical event when we hosted the island’s final Swedish House Mafia show in 2012. Fast forward to now, I think I speak for the whole team when I say we’re beyond excited for the reunion, and we are preparing in full force to celebrate it at Ushuaïa this summer.” – Yann Pissenem (CEO and Founder of Ushuaïa Ibiza)

Swedish House Mafia stunned the world when they played together at Ultra Music Festival 2018, their first performance after their break up in 2012. For all those who experienced the phenomenal set, it was a surreal moment to say the least. Since then, fans across the globe have been paying close attention as SHM hint at what’s next to come. Ushuaïa Ibiza once again live up to their reputation of showcasing the most sought-after acts dance in music, announcing with great honor that Swedish House Mafia will share the poolside stage for their legendary Ibiza come back.