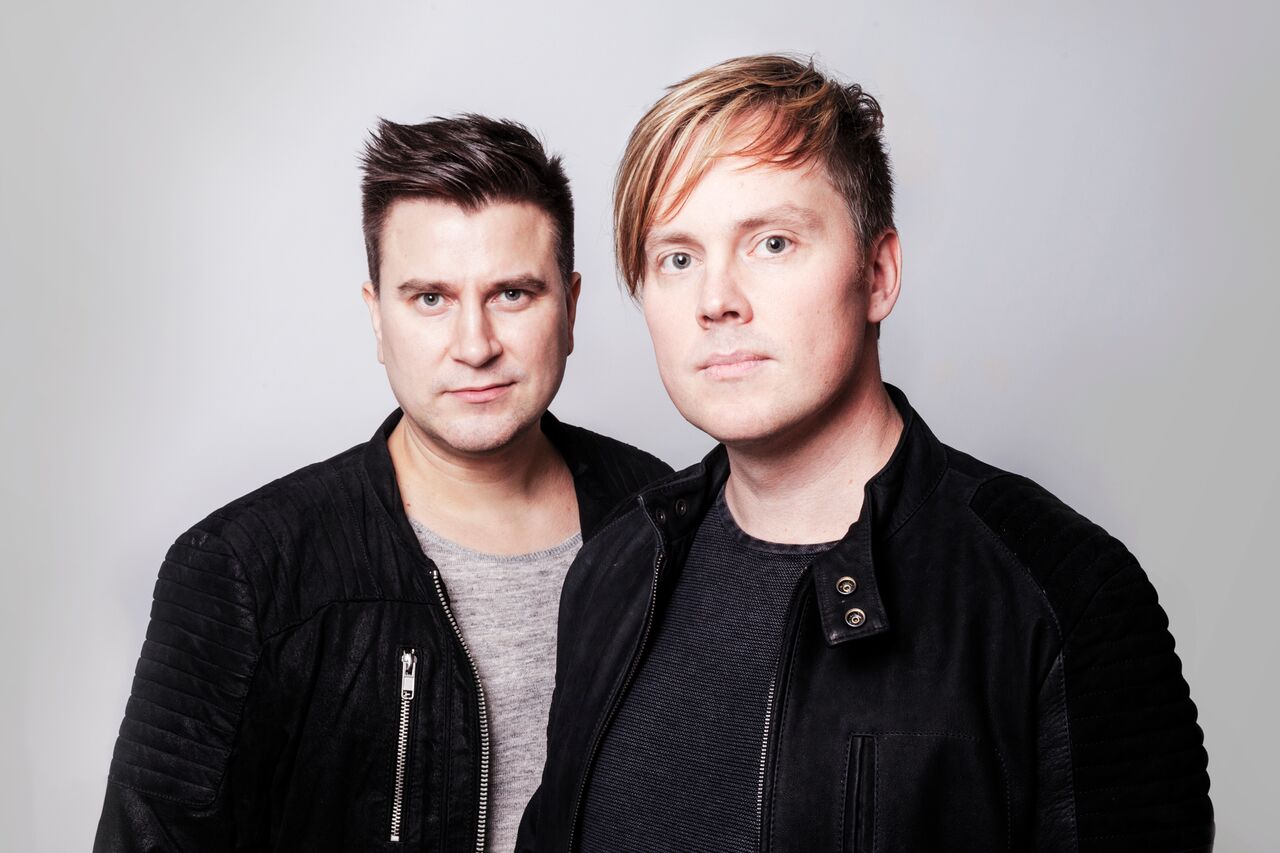 These established talents just appeared as guests on ASOT852 this week in celebration of the album’s release. The episode featured Reformation tracks including “True Love,” “Cosmo,” “Pressure,” and “Seconds Away.” The guys shared news of Reformation’s entirety, with a second part coming early this summer. 13 tracks in total, Part 1 holds the first six while Part 2 will bring the last seven. Wanting each and every track to have full undivided attention, Janne and Miika decided to split the album in half.

After being carefully selected this month by Billboard for their 2018 Electronic Music Album watchlist, this two-part album series is already making major headway. With more unreleased music to follow in the coming months, this year is shaping up to be one of the most exciting yet for Super8 & Tab. Their third studio album, Reformation and it’s previously released singles have been blowing up dance charts for some time now. Smash hit “Mega” has been dominating, hitting Beatport #1 while “Seconds Away” continues the momentum, premiering on Armin van Buuren’s weekly ASOT broadcast. Last month’s single “True Love” featuring Envy Monroe demonstrates the new direction and ongoing development of Super8 & Tab as trance legends and highly-acclaimed artists.

“We first played Seconds Away live at ASOT 800 in Utrecht back in February 2017…Ever since it’s been hard to keep this track as an ID but finally now we can release it. We wanted to create something a bit different and had this baseline idea but it was Sarah DeCourcy’s vocals that really took this track to a totally new level. She’s an amazing talented artist!” – Janne Mansnerus

Landing four years after their last album, Reformation came together after the guys decided to compile their singles together as a packaged deal. The title stems from where the duo currently stands in their career – feeling inspired, needing change, transforming their style, and getting excited again.

After releasing music together for over 13 years, it seems their work only continues to get better and more finely tuned. The party continues this weekend in Canada where the guys will play at Palace Theatre in Calgary, followed by a performance at Trance Unity at Circus Afterhours in Montreal. For more info and a full list of upcoming tour dates visit here.

Read The Nocturnal Times’ recent exclusive interview with Super8 & Tab below where we discuss Reformation, recent collaborations, favorite tracks, a day in the life & more.

The Nocturnal Times: How and when did you first partner to form Super8 & Tab? Did your upbringing influence your decision to pursue a path in music?

Super8 & Tab: Everything came together naturally because we were both working in the same studio complex in Helsinki, sharing the same musical tastes and also at the time we both had music released on Anjunabeats. So it was just a matter of time before we collaborated together.

The Nocturnal Times: Can you describe for us a day in the life of Super8 & Tab?

Super8 & Tab: We work on new music in the studio as much as we can. Sometimes it comes easily and sometimes it’s can be a slog but you just keep pushing and aiming for your best every day. Later in the week, we start preparing for our gigs on weekends around the world, checking all the new promos that have come in and maybe even creating some edits specifically to play out at gigs. SuperTab Radio show comes out every second week, and surprisingly that takes a lot of time to prepare but it’s a great platform to play all the different kinds of music we like. So our weeks are pretty much work 7 days a week, but that’s what we love about it – after all, we have the best job in the world!

The Nocturnal Times: You’re about to release your forthcoming LP, Reformation through Armada Music. How long did it take to complete the project from start to finish?

Super8 & Tab: Reformation was a bit of a different project than previous albums but we are super excited about it! The last 18 months have been very productive in the studio for us and we realized we had so many tracks ready that we decided to package them together as an album. Of course we road tested them a lot! We took the feedback and fine-tuned them so many times in the studio and then tested them out live again. It feels great to finally share all the music we have worked so hard on with all our fans out there!

The Nocturnal Times: What can you share with us about what went into the making of the album? Do any of the studio sessions or creation of any tracks particularly stand out?

Super8 & Tab: It’s always nice to have artists coming over to our studio in Helsinki. You get so much more from the studio session when you write music together with a featured artist. We first met Hero who features on “Burn” at the airport and we instantly knew that this was going to be something very special. She’s such a talented artist and also so much fun to work with. It is probably one of our favourite tracks on the album.

The Nocturnal Times: Reformation is 13 tracks with two bonus tracks. Although we’re sure you consider them all to be your “babies,” which of the album track(s) are your personal favorite or do you hold closest?

Super8 & Tab: ok yeah, here we go again! 🙂 It’s hard to say which of them are better than the others but we have been road testing “True Love” and “Seconds Away” at gigs for several months now and its been wonderful seeing the reactions on the dance floor! But “Burn” with Hero is one to look for too, that’s coming out on Part 2 in April.

The Nocturnal Times: Fans had a chance to hear previously released singles “Cosmo,” “Mega” and “Quest,” which have been dominating DJ sets and dance floors throughout 2017. What singles can fans expect to be released next off Reformation?

Super8 & Tab: Our next couple of releases are “True Love” with Envy Monroe and then “Seconds Away” with Sarah DeCourcy which we premiered on ASOT800 back in February 2017 as an ID track. Finally we can say what track it was, as we have got soooo many requests but we couldn’t release the track name until now!

The Nocturnal Times: With the release of Reformation, what are some upcoming gigs or promotional performances lined up for Super8 & Tab?

Super8 & Tab: We have some pretty good gigs coming up in Europe, Asia, and North America. We are doing official album release events both in Helsinki and at Ministry of Sound in London, which has been always so much fun! Also, our festival season looks amazing too so we’ll be spending a lot of time on the road to celebrate this album.

The Nocturnal Times: If you had to choose, what are one or two of your all-time favorite classic tracks (both your own and another artist)?

Super8 & Tab: If we’re not allowed to pick tracks from the current album, then we’d like to pick one from our first album Empire: “My Enemy” with Julie Thompson. All time classic (today) has got to be: Sasha – “Xpander”

The Nocturnal Times: We’re here at the beginning of a new year. What are some of the long-term and short-term goals planned for Super8 & Tab in 2018?

Super8 & Tab: Our short-term goal is to enjoy the release of Reformations album and in the long term, touring and playing these new tunes for our fans around the world. It feels so exciting!