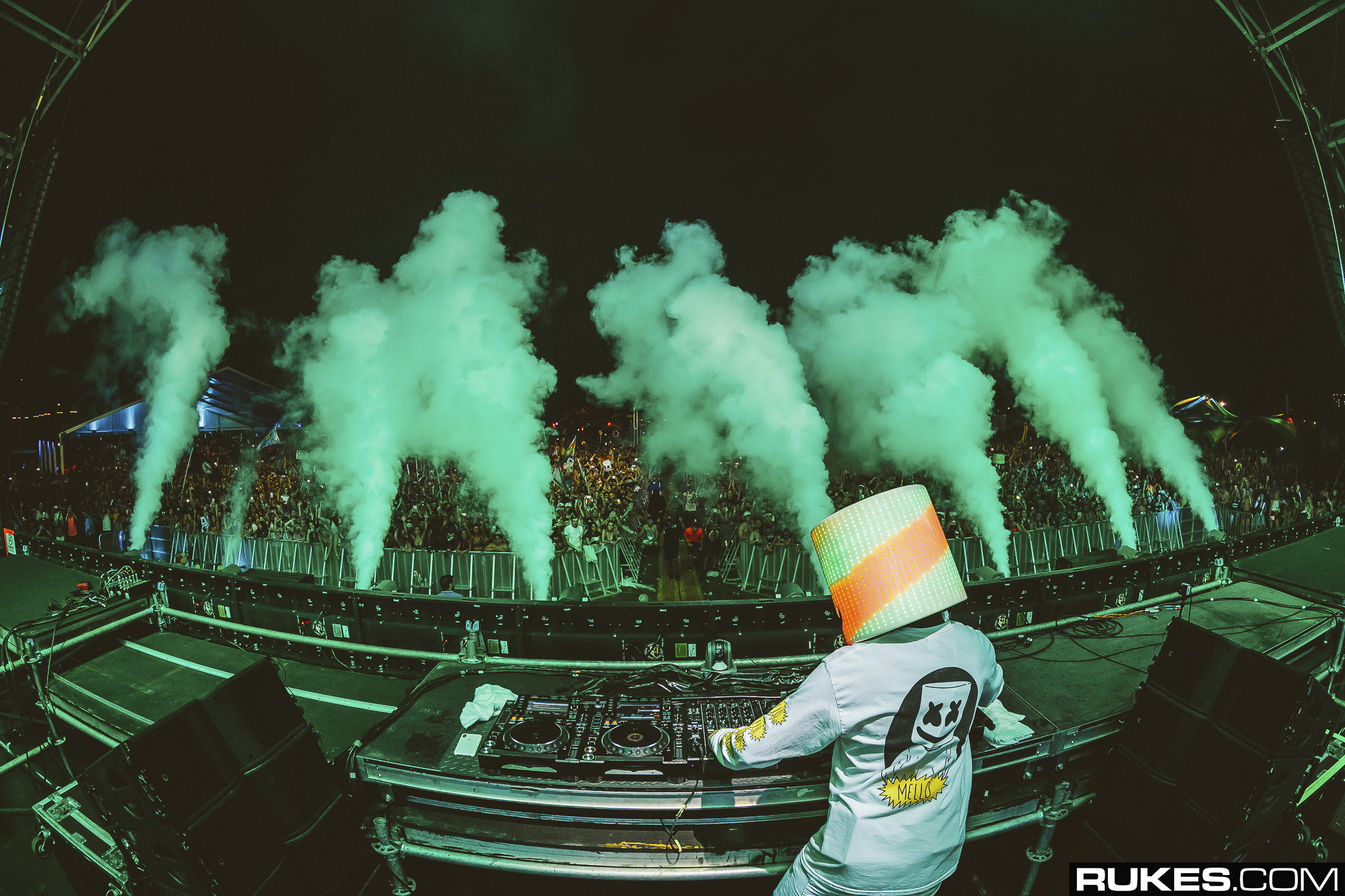 As we reflect on last weekend’s occurrences at 2018’s Sunset Music Festival in Tampa, Florida, we are left with many mixed emotions – mostly those of hype and excitement, but also of sadness and fomo as we will discuss later on.

As Saturday commenced and SMF gates opened, dance music fans poured in through the (literally) flooding gates. As fans took shelter and dodged the rain in all sorts of creative places, there was an overarching togetherness amongst the crowd of thousands. As is present throughout any festival, friendship and love spread smiles across everyone’s faces despite the drizzly weekend weather.

Sunset Stage hosted the likes of many top-tier artists in the game, and in particular the bass game. Kicking off day one was a hyped up performance by Loud Luxury, followed by energetic duo Two Friends. Elephante brought some heat up next, and K?D blew our minds with his smashing beats. Never a disappointment, Slander came out and threw the F down under the impending rain, while San Holo took the stage after to show us some light. NGHTMRE may have broken some necks in the crowd as we all know how his sets speak to the headbangers out there. A headlining performance by REZZ diluted our brains – particularly those of her large cult-following family in the audience. Closing out the first night was none other than our favorite squishy white sweetheart, Marshmello. The Mello bounce was alive and well as the audience bopped out to his signature joyous tunes and rap-influenced jams. With the upcoming release of his album, Joytime Part 2, it was an exciting celebration and sneak peek of what’s to come.

The Eclipse Stage got heavy and funky with QUIX, SQUNTO, Boogie T, Space Jesus, Hippie Sabotage, Borgore and more, while the Horizon Stage got down to some Habstrakt, Wax Motif, AC Slater, Anna Lunoe, Yo Gotti, and Destructo leading the way. There was even a little secret side spot over at the Cool Down, Get Down Stage. It was like someone cranked up the AC in there because man, was it nice and cold! With all of the muggy Florida weather during Summer, this was such a refreshing hangout spot to have some space, cool off, and groove out.

The VIP tent was one of the more ideal places to watch the show from, considering it was a giant tent structure with an elevated viewing deck looking at Sunset Stage (main stage.) Of course featuring a host of amenities/perks including a private entrance for expedited entry, exclusive vendors, cash bars, tables and bottle service, upgraded restrooms (and we all know how important that is at a festival,) and front row VIP pit areas, this was truly the place to be as the music blared out and the rain poured down.

Corona Electric Beach was yet another hotspot on Saturday. With their own dome-covered stage in the grassy field, this setup could not have been more perfect for this year’s SMF. Hosted with their own lineup consisting of Nate Verde, Carabetta & Doons, Dillon Nathaniel, Golf Clap, Ardalan, and Anna Lunoe on Saturday, it was like an entirely alternate universe in a bubble. Complete with a white sand floor, misting stations to refresh you from that humid Florida air, photo booths, and of course an endless supply of ice-cold Coronas on deck.

If you were one of the lucky ones to get inside earlier on in the day, Electric Beach was an easy place to take shelter, jam out, meet friends (or strangers,) and sip some Corona while groovin’ out as we all do best. As the day progressed, the line outside of course grew and the hype continued to surround the tropical hideaway. A wonderfully unique experience that essentially brings all the sunny Summer fun straight to you (regardless of the season,) Corona Electric Beach is the perfect blend of beats and beach.

If you have never experienced an Electric Beach, be sure to hit it up at your next event. Present at dozens of dance music’s top events, this traveling paradisiacal activation provides an intimate setting to get up close & personal with your favorite world-renowned DJ/Producers. Holding recent places at Miami Music Week, EDC Las Vegas, and Sunset to name a few, Electric Beach continues on the prowl, heading straight for Spring Awakening Music Festival in Chicago next week!

Another focal point of this year’s fest was the Stillhouse activation. A presenting sponsor and the official whiskey of SMF 2018, Stillhouse joined in headstrong to bring quite the spectacle this year. You all may have heard of G-Eazy, partner and co-creative director of the Stillhouse brand. The experience took a step further with G-Eazy’s barber ‘OGK’ Kellett in house, giving haircuts inside a cozy airstream. Can we talk about unexpected?? Also in tow was a cornhole/ gaming area, hair-braiding and face jewelry station (because ladies, we all know how much we need our face gems,) and daybeds and tables to make up the ultimate lounge experience.

This combined with the amazingly creative specialty cocktail menu provided guests with a truly one of a kind memory. Served at all GA, VIP, and Artist World Bars, Stillhouse went above and beyond to conjure up funky drinks like Apple Sauce(d), Peach Don’t Kill My Vibe, Pineapple Express, Mint Chip Don’t Trip, Electric Cherry, Keep It Mellow, Trippy Hippie & more.

As you have probably heard by now, although the first day of SMF 2018 was a (rainy) blast, the second never begun as Tropical storm Alberto took us for a spin and canceled the festivities, leaving us with heavy hearts. Still with a serious case of the “blah’s,” we are left pondering what exactly went on this Memorial Day Weekend.

John Santoro (founder) of Sunset Music Events issued the following statement regarding day two’s disheartening cancellation. As we are all equally saddened by this year’s SMF unfoldings, we can certainly say that day one was filled with (almost) enough excitement, bangers, and good times to last the whole long weekend.