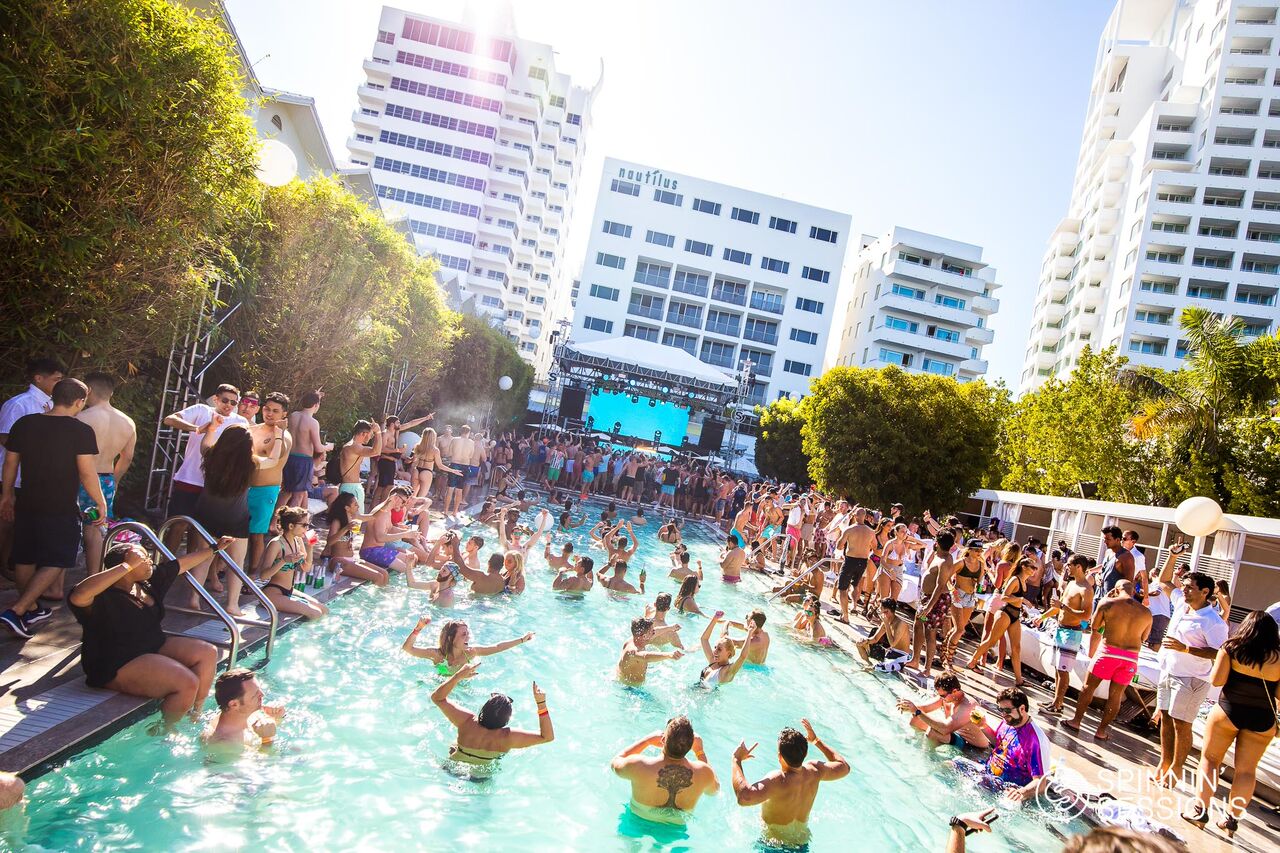 As the 20th Anniversary of Ultra Music Festival wrapped up this past weekend, we can take a look back at all of Miami Music Week’s leading up thrills including a full week of outstanding events by Spinnin’ Records. From March 21st – 25th the Nautilus Hotel in South Beach was taken over as the Spinnin’ Hotel, where an entire slew of producers and talent came through to perform and get together.

This year turned out to be one of the most successful and energetic Spinnin’ events yet with five outstanding days of non-stop day and night pool parties. Each day brought fresh music and new vibes, creating a jam packed schedule of artists that absolutely killed their sets. Starting the week off strong was Wednesday’s Spinnin’ Sessions, where fans danced all day and night to Bassjackers, Deorro, Breathe Carolina, Ummet Ozcan, Mike Williams, Sophie Francis, and were more than ecstatic when Lucas & Steve brought out legendary Hardwell for a guest performance.

Another surprise appearance by Timmy Trumpet turned out as one of the most infectious sets of the night as he got the entire crowd moving and grooving with his music and signature instrument. Breathe Carolina never fails to rowdy up the place and they did just that at Spinnin’ Sessions – their crowd interaction and hype is simply unbeatable. As the night took over, Bassjackers turnt up the crowd as crazy partiers gave it their all in throwing themselves at the stage – they just couldn’t get enough of the energy. Closing out Sessions was Deorro followed by Ummet Ozcan who both delivered more than powerful sets. Deorro’s set was stacked with momentum while Ummet captivated the audience with his ridiculously sexy beats and drops.

The Spinnin’ Hotel served as a little slice of heaven and an ideal spot for a Spring Break heavy week. Following Wednesday was the Robin Schulz & Friends Pool Party, where the stage and pool never let up on feel good vibes – nothing but Miami sun & fun. Friday, Sam Feldt carried the day and night along as host to the Heartfeldt Pool Party, where one highlight of the event was the total hype between him and Jay Hardway for one performance. Sander van Doorn dove deeper into the weekend on Saturday with Sander van Doorn Presents A Miami Special, and closing out the whole week was the Spinnin’ Deep event on Sunday. Each night fans threw themselves in the pool with every filthy drop and vibrant light that came out. Both the crowd and artists who appeared each day seized the moment entirely with smiles across everyone’s faces, favorite songs of the past and new music to go home and vibe to. With beautiful 75-degree weather every day and gorgeous sunny blue skies, there was not a complaint in sight. In the heart of Spring Break, it was clear everyone in attendance came down to Miami to party and let loose with friends.

A truly unique MMW experience, Spinnin’ Hotel is very much one of a kind. To take over the Nautilus once more for an entire week of sun-soaked fun and music further demonstrates the mega-presence of Spinnin’ Records as an industry leader. Throwing one of the most bumpin’ parties of the week, we were thrilled to have been a part of spreading the good vibes. Even throughout the hotel it was so nice to be able to walk past and have a conversation with your favorite producers, as they were all there enjoying the week as well, hanging with friends and making memories. Cheers to another successful year at the Spinnin’ Hotel.