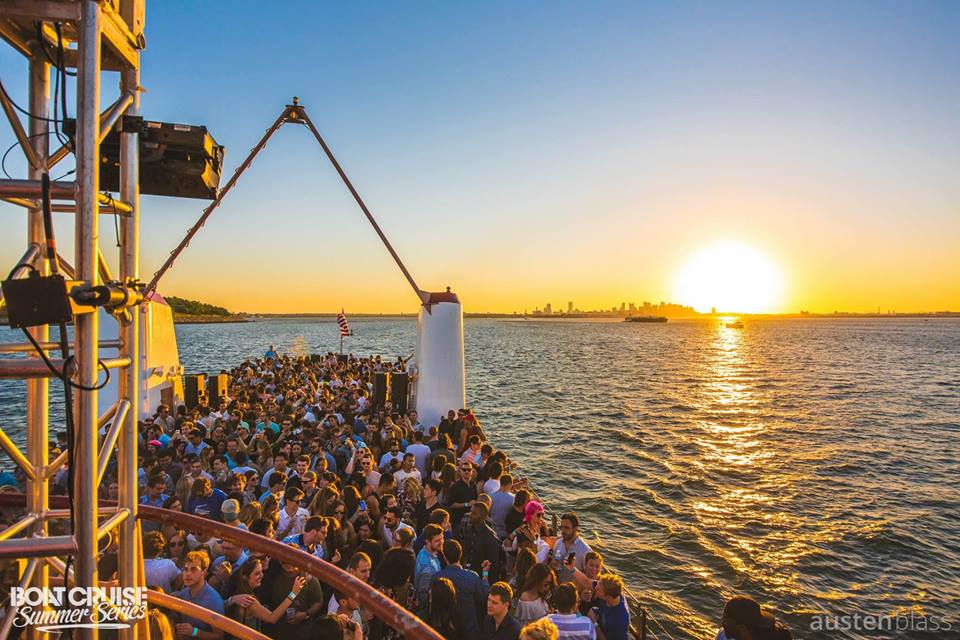 Boston’s Boat Cruise Summer Series is without a doubt one of the biggest highlights all season around New England, and this past weekend we caught U.S DJ/Producer SNBRN’s performance which was nothing but pure energy, good vibes, and oceanfront happiness.

There’s nothing like live music, hours of dancing, and living in the moment when it comes to electronic music, and SNBRN couldn’t have been a more ideal artist to put atop of the Provincetown cruise ship to command this outstanding crowd. The openers really got the afternoon rolling with straight deep house feels and infectious mixes of songs like Zedd’s “The Middle” and legends Swedish House Mafia’s “Save The World.” From wubs to house beats, the upper deck was packed with partygoers absolutely jammin’ to these summer sets. With the VIP area in the back topped off with a swimming pool and water guns, the air was full of smiles, laughter and playfulness from the front to the back of the cruise.

While the upper deck progressed with whimsical vibrations, the lower floor literally trapped out all afternoon. Creating a space for all those dance fans who just can’t get enough of head banging and stuttering basslines, these DJs had the cruise roaring with adrenaline and a sweet surprise each time fans switched between floors.

With the crowd primed up, SNBRN took the stage and immediately lifted the mood and energetic atmosphere 10x more. Shuffle circles broke out all around the deck, and the set flowed with enormous sound from start to finish. Throwing down all his radiant tracks like “If I Can’t Have You,” “Raindrops,” “Beat The Sunrise,” and his “California remix” SNBRN was simply glowing on top of this cruise. His badass track “Gangsta Walk” really set things off, and from there he mixed in dance anthems “Rhythm Of The Night,” Au/Ra & CamelPhat’s “Panic Room,” M83’s “Midnight Drive,” Chris Lake’s powerhouse tune “Lose My Mind” and Rüfüs Du Sol’s “Innerbloom.” SNBRN brought all the heat with him on stage and a plethora of groovy songs that made the day quite unforgettable. It seems as though his current sound and style have found a home within all things beach, sun, and warmth, so it’s no surprise he’ll continue on to play Wicked Delight @ Sea Boat Party in LA, and Holy Ship which cruises of the Sunshine State’s Cape Canaveral.