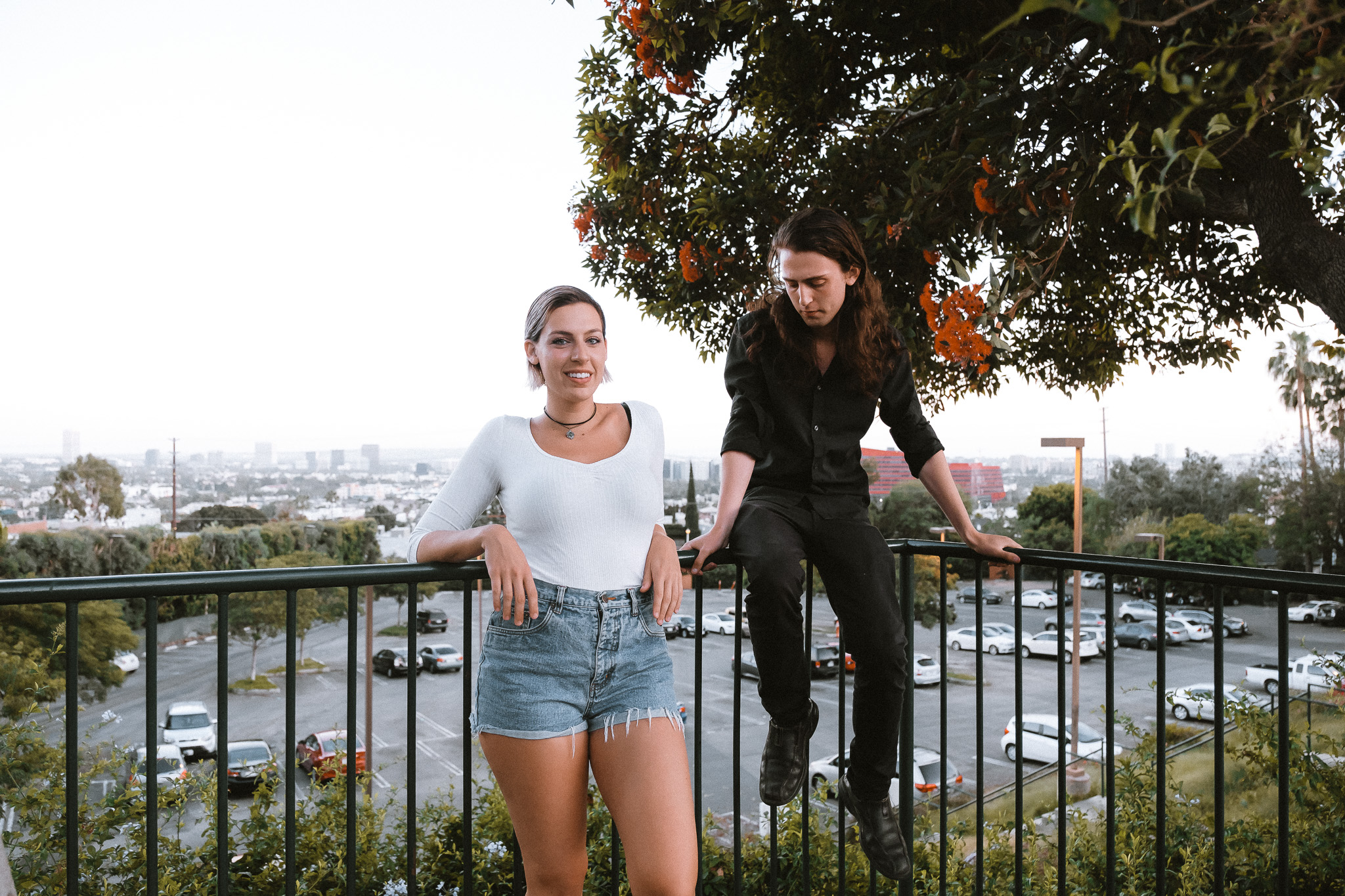 College roommates Nate Flaks and Noah Longworth McGuire have transformed into Indie-electro producers and artist Sleeping Lion, who have arrived with their newest single “How We Know” featuring Cass Miller, dropping this Friday, August 17th.

The Nocturnal Times has the exclusive premiere on “How We Know” including a featured interview where Nate shares all about how Sleeping Lion came to be, memorable performances, musical influences, and all things to come. The duo unveiled Sleeping Lion back in 2015, after writing songs via Skype together one summer. Noah was in Rome while Nate was in New York, yet the magnetic pull to join forces and begin this musical journey was too hard to ignore. The two embarked on this evolution of sound and have been working nonstop together since then.

As the pair continues to develop their style, cultivate their rapidly growing fan base, and unleash full potential of creativity within song, Sleeping Lion hit the road in the beginning of 2018 on a road trip to pure music heaven. Driving cross country to LA, they’ve been absolutely enthralled with writing music and collaborating with a whole slew of artists. From Vesperteen, to Pixie Lott, to Hailey Knox, to Transviolet, to Kyan Palmer, and to Aire Atlantica, Sleeping Lion are on a full blown spree of versifying their sound and finely tweaking new tracks.

This spring they released “Easy For You,” and “How We Know” is following this summer and it’s bound to be quite the irresistible track. From start to finish the track moves free and easy, and highlights Cass Miller’s vocals beautifully. With serene synths progressing the track, “How We Know” is the cherry on top of a sun-filled and warm summer.

The Nocturnal Times: Tell us about how the name Sleeping Lion came to be?

Nate: I used to make films in High School & one of the first shots of the first film I ever made had my best friend (who’s last name meant “lion” in Italian) asleep on a desk. I called my films “Sleeping Lion Productions” after that shot of my friend. Years later, when I met Noah & we started that project he liked how the name sounded & I liked how it tied into the films I used to make, so that became our name.

The Nocturnal Times: How did moving cross-country to LA change things for your music career?

Nate: It’s been a whirlwind of year since moving to LA. There’s so much collaboration, events, and opportunity that we dove in within a week of moving in. LA really developed us as songwriters & producers (both for Sleeping Lion & for other artists) and we’ve made so many intelligent & talented friends who we’re growing with personally & professionally.

The Nocturnal Times: Talk about how the collaboration with Cass Miller came about for your latest release, “How We Know.”

Nate: I had heard that Cass Miller was looking for a keyboardist through a mutual friend. I really liked her music (and missed street performing) so we started playing together at Universal City Walk. We spent a lot of time listening & rehearsing together which eventually led to us writing “How We Know”. It was one of those songs that came together quickly because we all resonated with it; Cass & I wrote the song & recorded a piano demo within a few hours and Noah (3,000 miles away in Boston, but equally excited about the song) produced the first full demo of the song by the following morning.

The Nocturnal Times: Following up “Easy For You” released this spring, “How We Know” further hones in on the chill, melodic Sleeping Lion sound. Discuss the influences behind your music.

Nate: Sleeping Lion has always been influenced by songwriters & producers that stuck to their authentic vision without straying from what made their songs special. Bon Iver, Lido, The 1975, Brasstracks, Jon Bellion, and The Japanese House were early influences for us. Likewise, our background in musical theater, folk music, and films influenced our arrangements, lyrics, and art direction.

The Nocturnal Times: Discuss your most memorable gig thus far, and why it was your favorite.

Nate: It’s definitely a tie between opening for Vesperteen at The Red Room and opening for Brasstracks at Great Scott.

The Vesperteen show really changed things for us in Boston; before that show we had a general sense that people were listening to our music… after that show there were fans reaching out on social media regularly and coming to shows with homemade Sleeping Lion shirts. It was our first ticketed sold out show and the crowd was unlike anything we had seen before. The Brasstracks show was around a year later. Like Vesperteen it was sold out & the crowd was awesome, but for us it also felt very full-circle. Brasstracks was a big influence for us when we started, so sharing the stage with them that night really meant a lot to us. Ivan (from Brasstracks) even stood in the audience during our set to “feel what it was like to see a Sleeping Lion show” & we really appreciated their genuine support.

The Nocturnal Times: What are some of your favorite venues to play?

Nate: In Boston: The Red Room, Great Scott,The Middle East Upstairs. In New York: The Bowery Electric. In LA: The Peppermint Club (our first LA show); we’ll be playing Madame Siam in the fall as well!

Nate: A lot of collaborations! This release with Cass is the first of a number of songs we created with friends that we’re aiming to release throughout 2018 & 2019. We’re also aiming to branch into podcast territory, but I’ll keep that a secret for now! In the coming months, we really want our listeners to feel rewarded for following us- we want to give them more behind-the-scenes content, music/lyric videos, shows, unreleased B-sides, and more transparency about our process & collaborations. Likewise, we’ve also written & produced for over 30 artists this year, so Sleeping Lion fans should be sure to check the liner notes of our friends’ new releases to see if we might have worked on their songs!