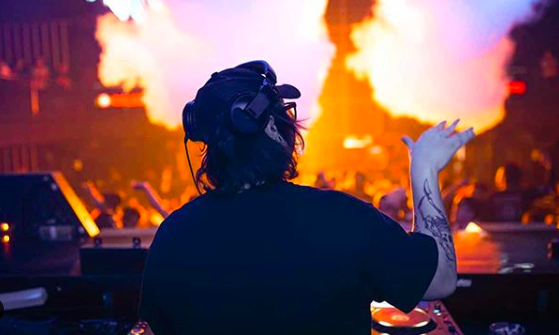 SIHK has captured the pure adrenaline and energy that exists within the music and gaming spheres, and has now arrived with a track that reflects it all. “Final Boss” is out now on Barong Family alongside an electrifying audiovisual component.

Portraying the essential evil to a villain, “Final Boss” doesn’t waste a second in hitting every hard ounce of rhythm imaginable. Aggressive and monstrous are only the beginning of words to describe this beast of a track. Whether it takes you back to your gaming days against Bowser in Mario Party, or takes your mind straight back to losing your mind on the dance floor, “Final Boss” evokes a power in all of us that won’t soon be forgotten. Adding onto the excitement is the visualizer by OSGDmemes. This neon video boasts everything the song is about. It features fast pace intensity and takes viewers on a proper trip into the world of “Final Boss.”

“I was playing the final fantasy 7 remake a couple months ago and the battle music was stuck in my mind. it was like an ear worm that I couldn’t rid. so I got on my computer opened up my FL studio and made a melody out of the crescendo of the chord progression. Alas final boss was born and i released it into the wild like a rescued dugong that was abandoned by its mother seeking revenge on the people responsible for its early demise.” -SIHK

Exploring video game soundtracks has been a bit of a theme for SIHK, and for good reason. These influences have inspired even more thrills to bring along to dance music. Impressively, he recently released a remix of Animal Crossing’s “Bubblegum K.K” that he morphed into a ‘happy hardcore’ banger. This trajectory into hardcore stylistic measures was born in our quarantine times and took SIHK further into his musical purpose.

Nostalgix & Rose Motion Give “By Myself” to Tchami’s Confession Imprint