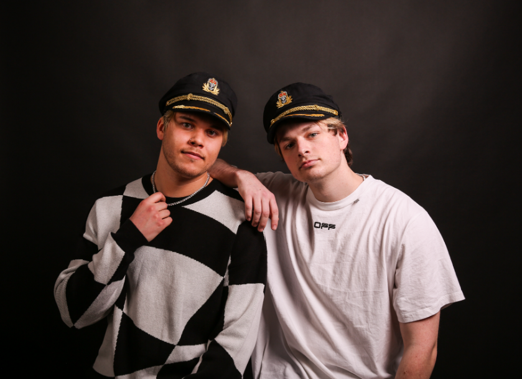 Fresh off the success of “The Fall,” their collaboration with The Chainsmokers, Ship Wrek light up the summer with their new single, “Help” (Feat. John The Blind). With piercing honesty, acclaimed singer-songwriter-producer John Ryan aka John The Blind sings, “I just want to feel something, can you help me? Can you help?”

“It was great to get to work with John –he’s such a legendary producer and writer, he’s worked with some of the biggest names in pop and dance music –definitely someone we admire. Working together at his studio in Malibu was really fun and felt so natural. Hope everyone loves this song as much as we do!” – Ship Wrek

“Help” is a smashing addition to Ship Wrek’s glowing repertoire, and yet another example of their infinite creativity in dance music. Consistently expanding their talent by exploring stylistic choices and working with top-notch collaborators, the duo are cementing themselves into a core part of this scene with each and every release. “Help” builds up with a deep and driving bassline, all while dropping into a flurry of mesmerizing sounds that make this one an easy on repeat track.

With upcoming festival performances that include Electric Zoo, Firefly and Life Is Beautiful, a September 10 headline show in their hometown of Los Angeles at Academy LA and additional dates with The Chainsmokers, Ship Wrek is on track to perform over 100 live shows this year. “The Fall,” Ship Wrek’s collaboration with The Chainsmokers, has already amassed over 10 million combined global streams. The song, which is included on the deluxe edition of So Far So Good, The Chainsmokers’ new album, climbed to No. 15 on Billboard’s Hot Dance/Electronic Songs chart and was added to such flagship Spotify playlists as mint, Pop Rising, Today’s Hits, danceXL and more.

Related Topics:Ship wrek
Up Next