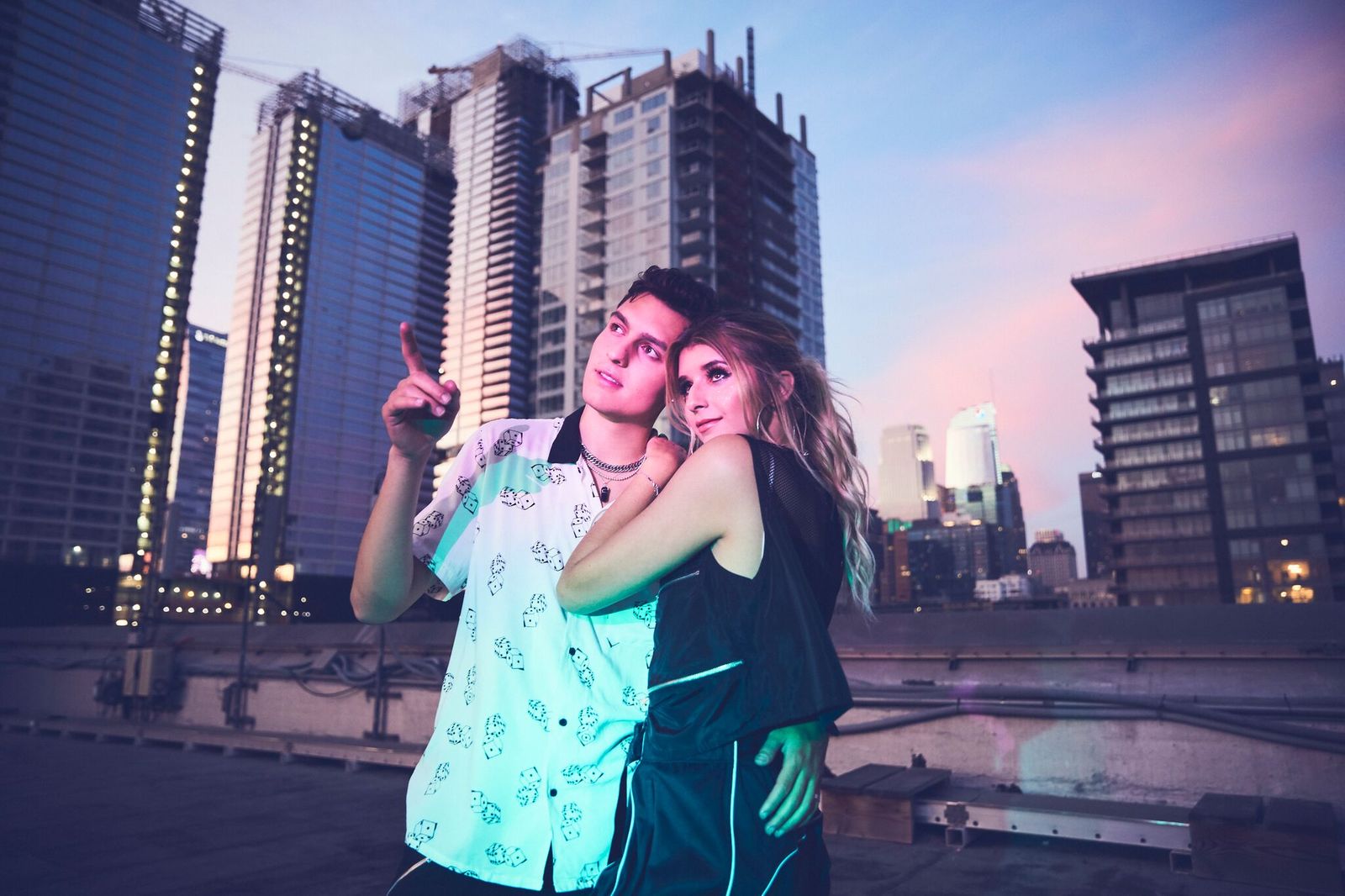 The LA-based synthpop duo, brecnmari AKA Brecon Richards and Mariana Bandhold, is a rising duo in the EDM community with undeniably catchy songs. Now, they have made their mark on the scene with their latest single, “Never Have I Ever.”

brecnmari are two singer/songwriters and producers that joined forces back in 2018. They realized their passions aligned with each other and decided to create the best vibes possible through their shared musical abilities. This brand-new tune showcases this as it brings together ethereal synth elements and captivating vocal talents of both artists. The arpeggiated synth pads and swelling synth chords make this track not only bright and uplifting, but completely danceable. The duo is strongly influenced by the likes of, ODESZA, Zedd, Martin Garrix, Louis the Child, and The Chainsmokers, but they emphasize their own unique electronic-pop style. The “brecnmari” sound is meant to be a vibrant and relatable experience for any listener.

“‘Never Have I Ever’ is about that feeling you get when you meet the right person at the right time, and in that exact moment nothing else matters. It’s like you’ve found your own reflection.” -Mariana Bandhold (brecnmari)

Brecon started out at the now-defunct Bay Area’s Red House Studios where he was originally the drummer for a handful of local bands. He then went to college in Santa Barbara, but his drive for music led him to DJing. All of a sudden, production became his purpose and that prompted him to move to Los Angeles in order to attend ICON Collective, a respected music production school with alumni that include, Jauz, Kayzo, NGHTMRE, Ghastly, and more. Since graduation, Brecon has focused on music and also works with Beatport as a music producer and playlist curator.

Mari has been on a long musical journey throughout her life. She grew up on the other side of the Atlantic in Cascais, Portugal, and at a young age, lost her father in war. This traumatic event sparked her passion for music as it gave her new meaning and perspective. While starting out, Mari practiced endlessly, making sure to perform locally throughout the Lisbon, Portugal area. She then competed on The Voice Portugal and eventually got fourth place. Her experience with the production team there inspired her to pursue music education at a higher level at the American Musical and Dramatic Academy in Los Angeles.