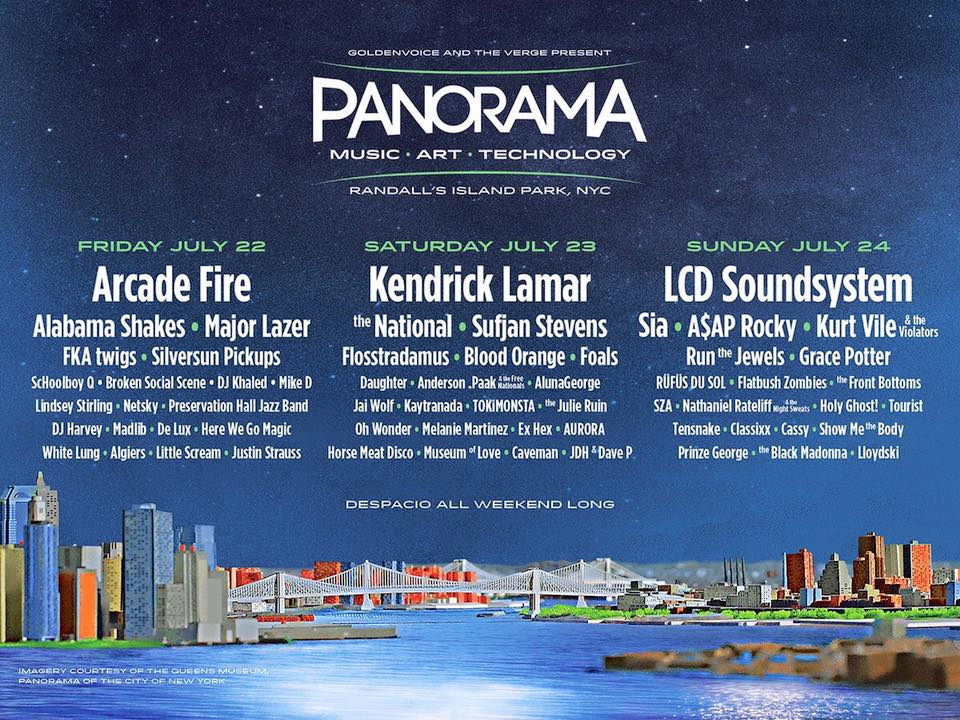 The organizers of the famed Coachella Valley Music & Arts Festival, which takes place every April with double weekends in Indio, have announced the lineup for the inaugural Panorama Festival.

Randall’s Island has been known to be home to some major music festivals in New York City such as Governor’s Ball and Electric Zoo. This year, the new Panorama music festival, which is presented by Goldenvoice and The Verge, the organizers of Coachella and the New Orleans Jazz Fest, comes to New York City from July 22-24, 2016 and features an immensely diverse lineup of artists.

Throughout the course of the weekend, festivalgoers will experience a multitude of musical genres with artists such as LCD Soundsystem, Kendrick Lamar, Arcade Fire, Alabama Shakes, Sia, and A$AP Rocky.

On the electronic dance music (EDM) spectrum, artists such as Major Lazer, Netsky and Flosstradamus are slated to perform at the first ever Panorama.