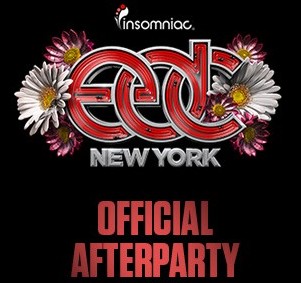 Past years, after parties for EDC NY—which were hosted at Pacha NYC—have boasted stellar lineups including the likes of Steve Angello in 2013 and Adventure Club last year. While the lineups have to be revealed for the EDC NY after parties, the events to follow the fifth annual Electric Daisy Carnival at Pacha NYC are sure to be nothing short of massive.

The New York City mega-club will host back-to-back events on Saturday, May 23 and Sunday, May 24, following the annual Memorial Day Weekend extravaganza at MetLife Stadium. Check this space for lineup information as soon as it’s announced.

Tickets for EDC NY Official After Party day 1 at Pacha NYC on Saturday, May 23 are available here.

Tickets for EDC NY Official After Party day 2 at Pacha NYC on Sunday, May 24 are available here.

To purchase tickets for EDC NY, which is presented by Insomniac Events & Pacha NYC visit http://newyork.electricdaisycarnival.com.