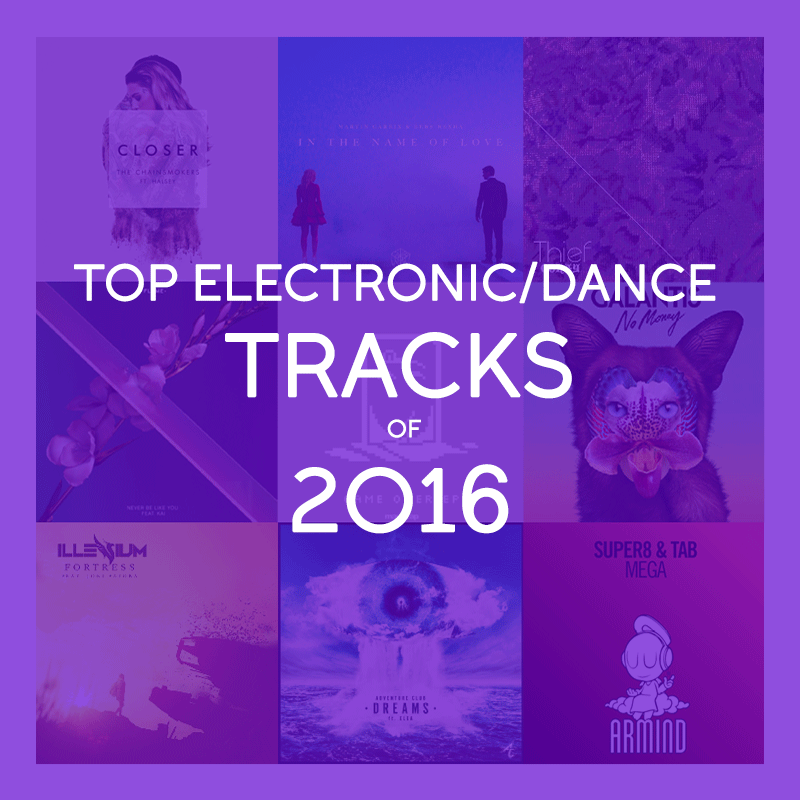 Each year, there are hundreds of thousands tracks released across thousands of labels; some make their way under our skin or into our hearts to leave an everlasting impression. Among many of the various electronic music sub-genres, we’ve selected 116 of the best tracks released this year. Over the course of the last 12 months, these songs were among the elite in one way or another. Whether captivating festival main stages, nightclubs, or even the airwaves, our favorite selections have inspired, impacted, and left their mark on the year in music.

Many veteran producers returned this year, including Underworld, who scored a Grammy Award-nomination for Best Electronic Album with Barbara Barbara, We Face A Shining Future; Justice, who released their Woman album; Daft Punk, who joined The Weeknd on “Starboy” and “I Feel It Coming;” Way Out West, and Pet Shop Boys.

Anticipated album releases from acts such as Deadmau5, Eric Prydz, ECO, Steve Angello, Markus Schulz, Adventure Club, Kygo, GTA, Dusky, and DJ Snake, just to name a few of those included on The Nocturnal Times Top 16 Electronic/Dance Albums of 2016, delivered numerous noteworthy tracks, which are included among our selection.

This year was the year of the crossover. Just when you thought 2015 was an explosive year for EDM, in came 2016 to prove last year wrong. Acts like The Chainsmokers, DJ Snake, Skrillex, Grammy Award-nominated Flume, Calvin Harris, and Major Lazer made themselves heard not just in DJ sets but also on the airwaves. Famed acts such as The Weeknd and Gallant released electronic-heavy tunes this year, while Justin Bieber had another big year infiltrating the EDM world.

The Chainsmokers blurred the lines between pop sensations and dance music phenomenons with an explosive crossover year. The guys topped the Billboard Hot 100 with “Closer” feat. Halsey for a record-breaking 12 weeks at number one—making it the year’s biggest single on the chart with the most weeks at the top spot. Drew Taggart and Alex Pall, best known as The Chainsmokers, also released monster tunes during the year, such as “Don’t Let Me Down” feat. Daya, “All We Know” feat. Phoebe Ryan, “Inside Out” feat. Charlee, and “Setting Fires” feat. XYLØ.

Follow The Nocturnal Times Top 116 Electronic/Dance Tracks of 2016 on Spotify:

Listen to all of the selections below: