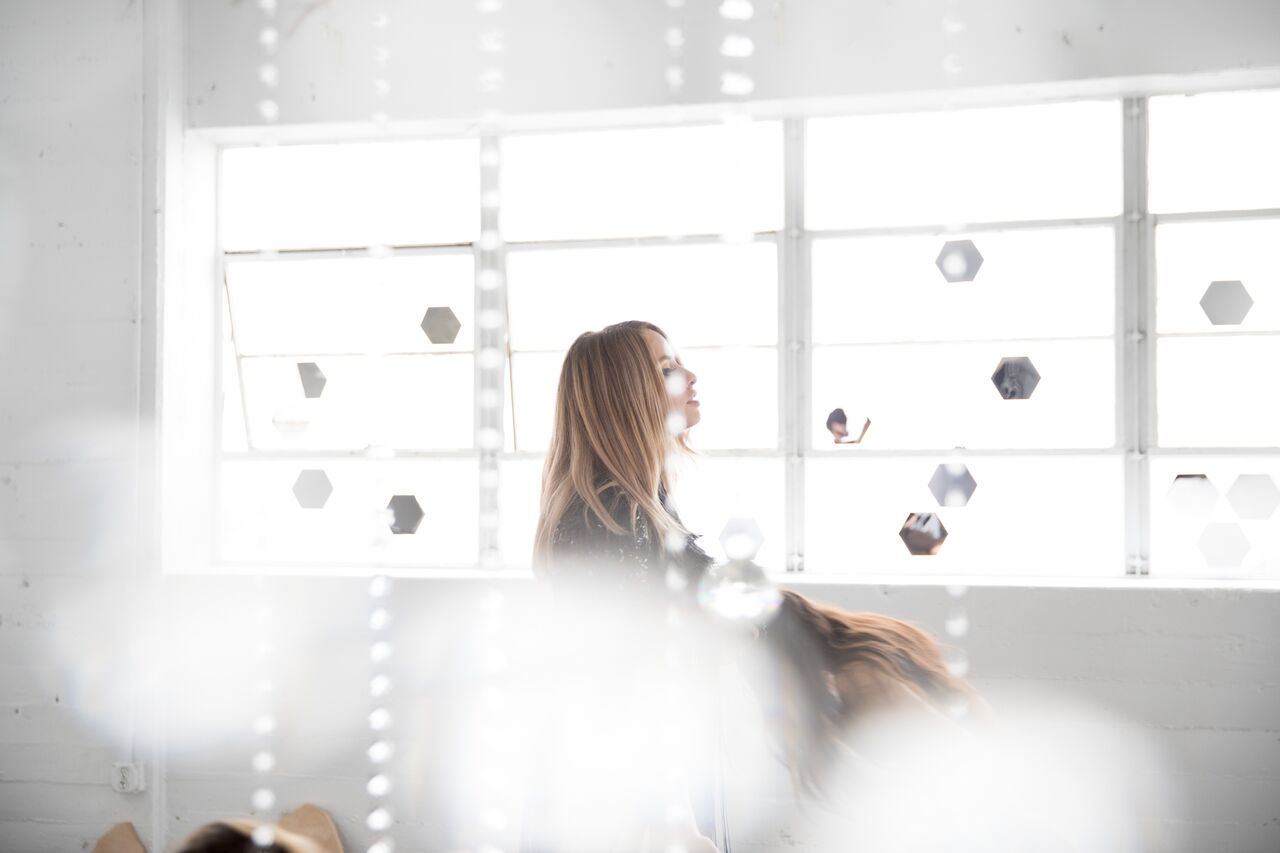 SoCal-based MOONZz has been making waves in the electronic and pop scene for the last few years, with 2018 proving to be her biggest year yet. From performing at the legendary Red Rocks Amphitheatre in Colorado to not one, but three performances at this year’s Electric Forest, MOONZz has been vibrating her sophomore EP, Aftershock, across North America since its release this May.

After much anticipation, MOONZz is finally releasing the official music video for her single “Dissolve” and The Nocturnal Times is here with the exclusive! To celebrate the video release, we sat down with the songstress to discuss her monumental year, the Aftershock EP, and of course, the story behind the music video.

“Dissolve is about learning to let go of expectations. I had this crazy dream leading up to writing it, where I was walking across from this silhouette in the desert, and when we finally got close enough to see or touch each other, we turned to dust. When I woke up, I felt like it was telling me to let go of expectations and simply put, to live in the moment.” – MOONZz

Be sure to tune in all day long to our Instagram account for a very special @MOONZzMusic takeover.

The Nocturnal Times: For those who may be living under a rock, tell us a little bit about MOONZz as an artist.

Hi, I’m MOONZz, songwriter, pianist, and vocalist based in Los Feliz, California. The name MOONZz embodies strength, vulnerability, and the magic each of us has within ourselves. I believe sharing our struggles, talking about our vulnerabilities and the phases we go through only make us stronger. I am constantly evolving, going through the same phases like the guiding moon. She inspires me daily and I aim to deeply inspire anyone who hears my music.

The Nocturnal Times: Recently, your hit single “Navigator” reached 10 million streams on Spotify and has been featured in various brand commercials across the globe. Tell us about how that song influenced your career.

I’m so excited about that! As an indie artist, I celebrate all the milestones, big and small. Navigator was written about pure love and getting lost in the feeling. It shed light on writing from an authentic place and it’s shaped the music I’ve been writing for my next EP! I’m proud of what Restless Modern and I created with that track.

The Nocturnal Times: What is the story behind the single “Dissolve” and how the concept of the video may bring that to life?

I have super vivid dreams. My Bubbie (grandmother) has always written her dreams down and tells me about them in such detail when we’re together. I’ve started to write my dreams down, in hopes that I can develop that memory and use my dreams as creative energy. Dissolve evolved from a dream I had that took place in a desert. There was a chill in the air and I was walking toward this silhouetted person. We were the only ones in this completely desolate, almost Mars-looking place and as we got closer and closer to one another, we eventually hugged and turned to dust.

I woke up feeling like it meant I should let go of expectations and go with the flow. Easier said than done, but a good reminder. To me, I wanted the video to represent the abstract world, chaos and calm.

The Nocturnal Times: What was your favorite part of creating this music video?

I loved the contrasting world in white vs. black. I grew up dancing every day and wanted to bring choreography into the storyline. I really enjoyed working with Pennywild. This video in particular is more abstract than anything I’ve ever done before so I love that it’s open to interpretation. The video itself wouldn’t have been possible without the hard working crew — we shot everything in three different locations downtown, all in one day. I loved working with Big Land Films.  Nick Andrews (Director) and Lauren Opatowski (Producer) flowed so well together to create the perfect world I had envisioned. I loved having a badass womxn crew, from makeup artist Bailee Wolfson, to stylist Lani Ault, to cinematographer Erynn Patrick. Everything fell into place.

The Nocturnal Times: Earlier this year, you released your second EP “Aftershock” which features singles such as “Lost” and “Where Do We Go”. Describe the inspiration…

The bulk of the Aftershock EP was written last year after the earthquakes in Mexico City. I felt inspired to write about the aftershock of a person/feeling in your life. When you lose someone close to you, have a fight or disagreement, or go through a break-up, their energy still affects you, similar to after an earthquake: the aftershock of it all lingers. I felt like it was a challenging yet relatable concept.

“Lost” was written as a reminder to myself. Even if I’m feeling doubtful or anxious or completely burnt out, it doesn’t mean that I’m lost. I feel like as artists, it’s easy to get overwhelmed and compare your work to others’ and I just needed to get this out!  I always remind myself that it’s okay to not feel okay all the time and when I felt like I had lost control for a bit, this song really lifted me back up.

I often wake up with melodies in my head, and “Where Do We Go” was one of those instances. I got up and immediately recorded a voice memo and developed it in a session later that week, where I brought it to life. It felt like I was on a carousel ride at 6 years old.

The Nocturnal Times: Your releases thus far have been a perfect blend of original releases and features with artists such as Pluko, Daktyl, and more. If you could collaborate with any living musician, who would it be and why?

Thank you! This is way hard, but if I could collaborate with any living musician, I’d love to write with Pharrell. His approach to production and songwriting is so unusual and memorable! And here’s my list of others:

The Nocturnal Times: What are some of the inspirations behind your next releases? What’s next for MOONZz?

I am inspired by everything around me. Visceral to metaphorical, I write about what i’m going through, the love i feel, the triumphs and failures I face, all in hopes it will touch one person in some way.

I’m so excited to release my forthcoming EP with AWAL early next year! Stay tuned…and grab a limited edition MOONZz candle while you can: moonzz.com