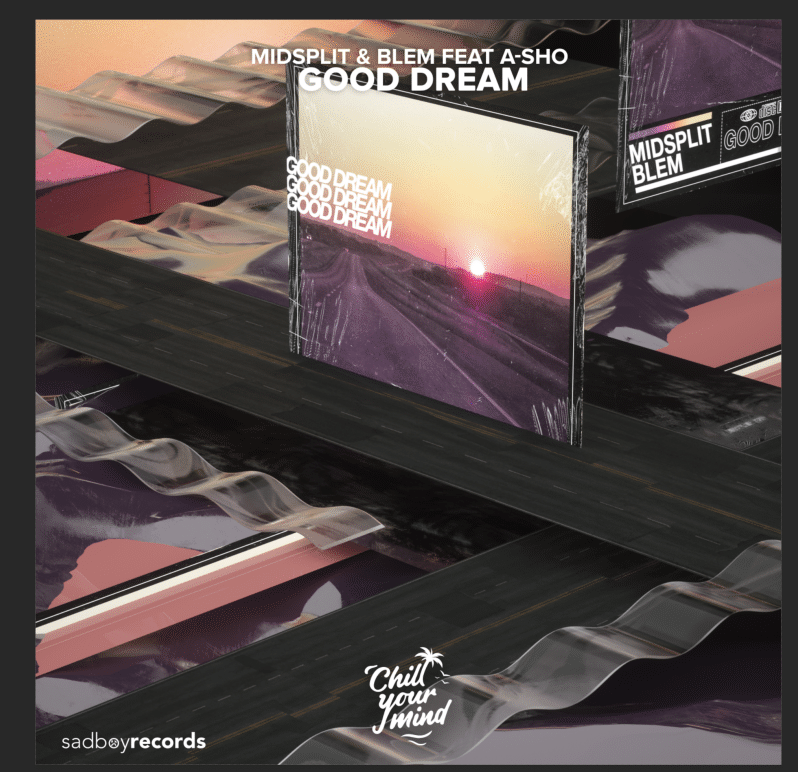 Maxence Pepin, better known as Midsplit, is a 21-year-old, Montreal-based DJ and producer. Midsplit built his foundation during the electronic music boom during recent years. Since his emergence onto the scene, he has separated himself from others with his versatile sound that continuously blurs the lines between emotive festival-ready future bass, trap, chill pop, and deep house.

Midsplit’s versatility is on full display with his new track “Good Dream,” alongside Blem and A-SHO. A soothing guitar lead is heard throughout the track’s intro coupled with strong vocals from A-SHO. “Good Dream” provides a feel-good, summer club vibe for listeners. After the build-up, this feeling is maximized by a great drop. Midsplit is easily identifiable for his bouncy drums and emotive chord progressions that combine alternative pop guitar riffs and dance grooves, all of which are prominent on “Good Dream.”

Midsplit has been releasing music consistently since 2017 via major indie electronic labels including, Lowly, Strange Fruits, ChillYourMind, and his own imprints, Hinky and Sadboy Records. Midsplit has become one of Canada’s fastest rising young, electronic producers as he works to solidify his name in the dance scene. His music has amassed over 15 million streams across platforms and garnered support from some of electronic music’s heavyweights like The Chainsmokers, Cheat Codes, & R3HAB, earning Midsplit a highly engaged social media fanbase eager for more new music. His popular 2018 single Paranoid with Steve Void & Anna Yvette was streamed 2.5 million times on Spotify alone.