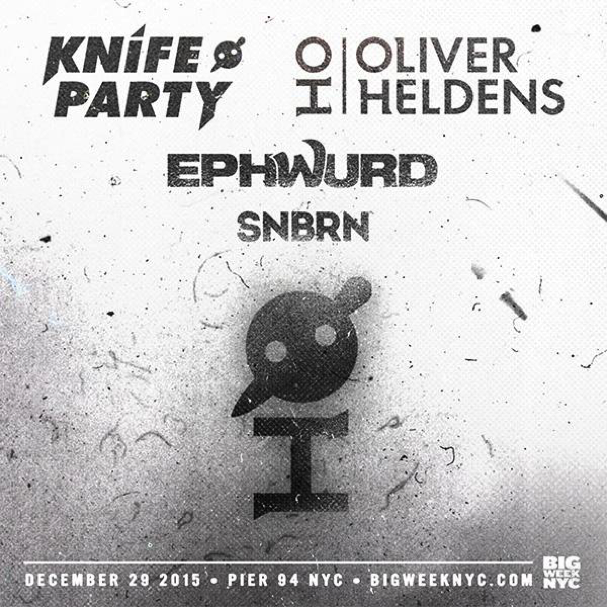 New York City is preparing for a big event—during Big Week NYC—to cap off up the holiday season. House music sensation Oliver Heldens and the dynamic duo Knife Party are teaming up to deliver an unforgettable night in the city that never sleeps. Electronic dance music (EDM) lovers are filled with anticipation leading up to the larger-than-life RPM event.

This year, Oliver Heldens established his own lable, Heeldeep Records with the first release under his moniker HI-LO. Under the alias, he’s already released his 2015 hits “Renegade Mastah” and his rework of “Met Her At The Love Parade (MHATLP).” HI-LO released his latest track “Ooh La La,” bringing a groovy track with hip-hop vocal samples. Heldens is known for percolating dance hits through the years, which includes: “Gecko,” “THIS” with Sander van Doorn and this year’s “Shades Of Grey” with Shaun Frank.

Additionally, Knife Party is recognized for their notable hits “Internet Friends,” “Bonfire,” and “Boss Mode.” Both Oliver Heldens and Rob Swire from Knife party were seen working together in the studio earlier this year so who it’s a wonder what the pair has in store!