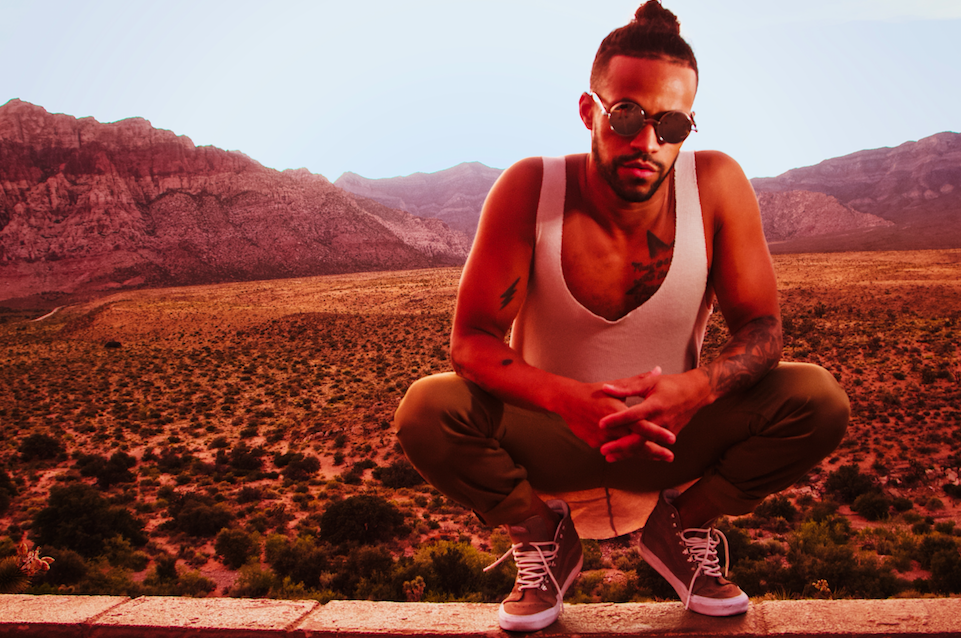 From playing beside Machine Gun Kelly as a guitarist for four years, to currently touring with NGHTMRE on the Portal Tour, to now dropping his debut release, multi-talented instrumentalist black a.m. has arrived with “I Am.”

Including dark and mysterious notes, “I Am” is a haunting piece that appeals to the mystery senses in us, walking the line between crisp and intricate rhythms, and gritty, rock-laced visions. One can imagine the sort of musical depth and innate creativity someone like black a.m. is capable of, and now, we see him twisting worlds of electronic into his extensive instrumental repertoire which is only heightening his charismatic appeal tenfold.

While “I Am” is this stunner’s debut single, it is part of his forthcoming debut EP also titled I Am. The full EP will feature two originals and is slated for release this spring. Commanding crowds over the years has been something black a.m. has a booming reputation from, and if you’ve been lucky enough to witness one of his performances alongside MGK or NGHTMRE, you’ve been part of a special experience. A fusion of numerous styles and influences like hard rock, blues, Southern rock to house, and bass house, black a.m. has an acute awareness of how to craft sensory-pleasing music from all angles, and “I Am” is just the first taste of more fierce songs to come.