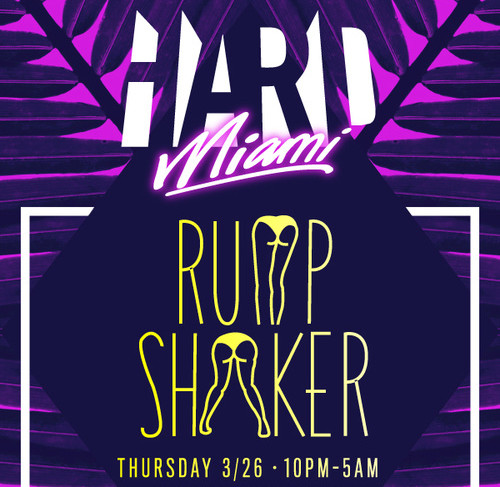 Hard Events has just announced the lineup for their Hard Miami “Rump Shaker,” the second in the two-night series during Miami Music Week 2015. The Rump Shaker takes place on Thursday, March 26 at Grand Central with dancing carrying on from 10 p.m. until 5 a.m.