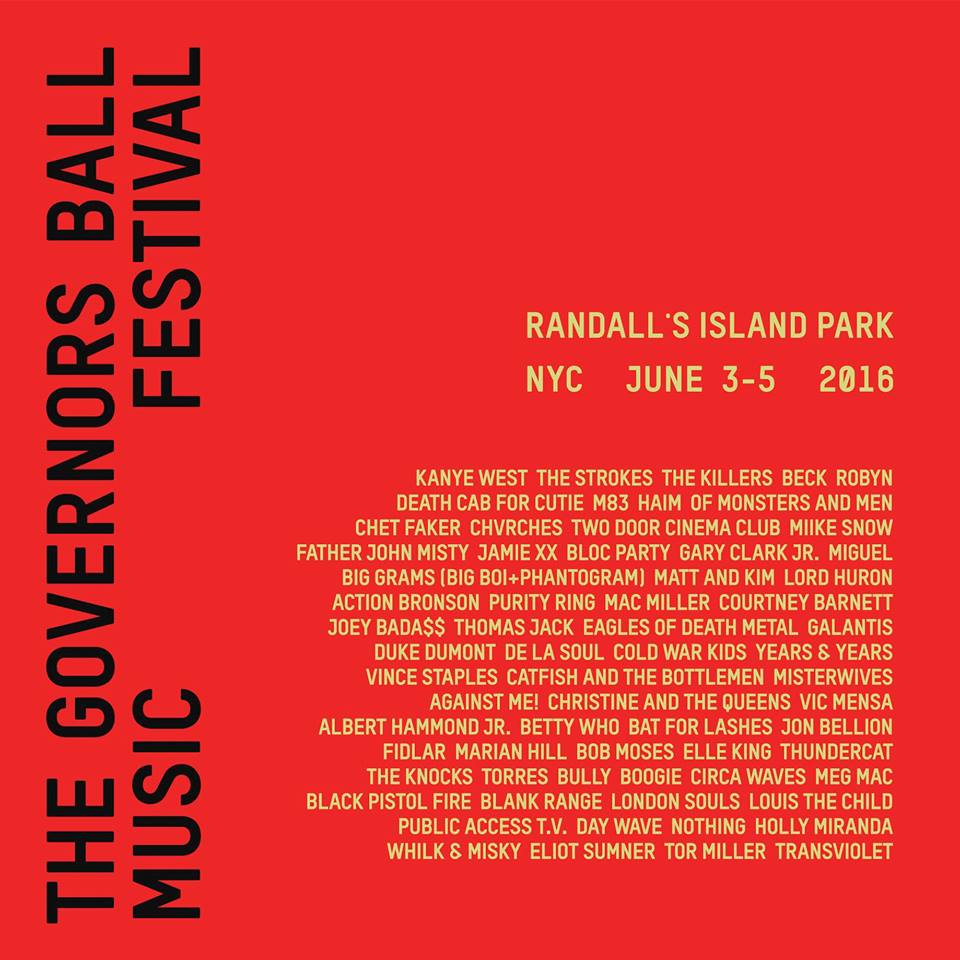 This year’s edition of Gov Ball NYC includes headlining performances from Kanye West, The Killers, The Strokes, Beck, and Robyn, among a plethora of others.

The first announcement of The Governors Ball Music Festival lineup for 2016 comes just days after Coachella announced its lineup for back-to-back weekends in April. Gov Ball—which is often pegged as the East Coasters version of Coachella—offers attendees a wide variety of artists across 3-days, seamlessly culminating music and arts.