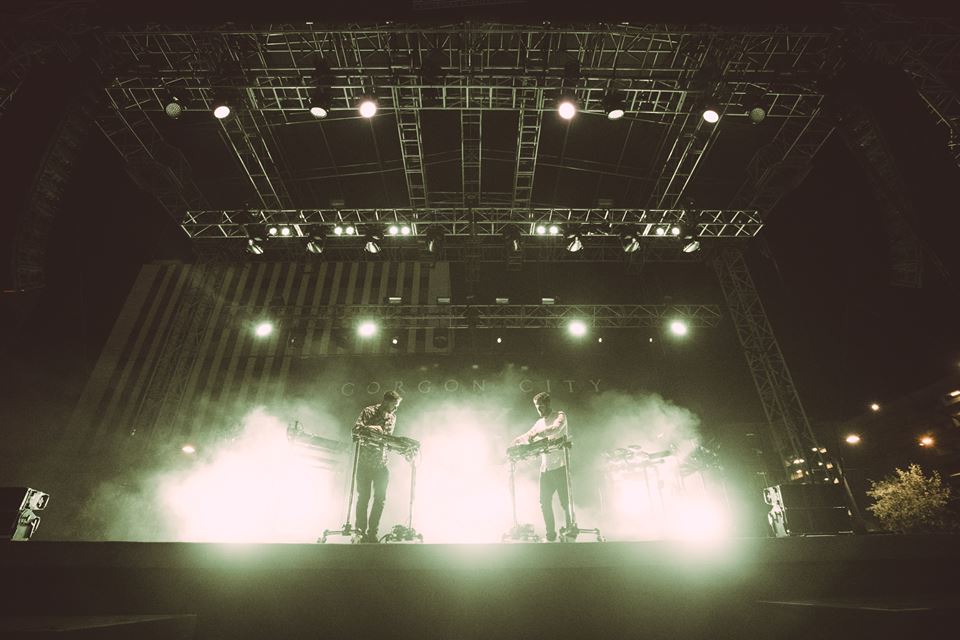 UK-based duo Gorgon City (comprised of Kye Gibbon and Matt Robson-Scott) have risen to the top of the dance music scene in just a handful of short years. Taking fans by storm and developing a significant international presence, they’ve expanded their reach with close to 700 million streams to date, two studio albums, and an artillery of hit singles and groovy remixes. We recently caught up with Kye and Matt to chat about their latest projects, including some very special performances in Miami and California.

The pair have amassed a huge worldwide following through their unique blend of bass-driven house and addictive vocals as well as their adeptness to cater towards the underground scene. They’ve showcased their skills toward more rugged, minimalistic beats through their REALM imprint, which takes a more club-focused vibe. Their astronomical growth in popularity is a testament to the relatable style and skillful talents they bring to the table. Playing to enormous crowds at the world’s top venues including Brixton Academy, Amnesia, Ushuaia, Sziget Festival, Splash House in Palm Springs, and CRSSD Festival, the guys continue to thrive off of their devout fanbase.

As of late, the guys released their heart-pumping track “Delicious” which came out this March, arriving with a quirky music video (included below) that depicts indulgent clips of people sipping coffee, eating chocolates, kissing, dancing under moonbeams, popping pills, and other “delicious” activities.

More recent works from Gorgon City include their first single of 2019, “Lick Shot,” and Escape, their 2018 artist album. The album features collaborations with Duke Dumont, NAATIONS, Kamille, Ghosted, Josh Barry, D Double E, Yungen, JP Cooper, and more. As many wonderful albums are, Escape was paired with an album tour, the ‘Escape’ Tour, which made stops across the UK and US. Now Kye and Matt are celebrating recent performances in Miami during the city’s iconic Music Week, as well as two back-to-back weekends at Coachella.

What were they up to in Miami and what did they have in store for Coachella crowds this year? What’s the deal with their tasty new releases? Where can you catch them live this Summer? Find all the answers & more in our Nocturnal Times exclusive Q&A with Gorgon City below:

Nocturnal Times: Tell us about your 2019 experience in Miami for Music Week – what did you have going on during the madness there?

Gorgon City: We played 6 shows this year and it was really amazing. We had 3 years off from the conference so it’s been a great return to Miami for us.

Nocturnal Times: What were one or two of the best highlights from the week? (Hard to say, we know!)

Gorgon City: Playing ‘Get Lost’ with Damien Lazarus was a big highlight for us. But to be honest every show was mind-blowing. We feel very honored to be asked to play at such amazing parties this year.

Nocturnal Times: You’re hot off the press from Coachella – what can you tell us about your performance? How did week one go?! Did you change much for round two?

Gorgon City: Week one was quite nerve-racking, but we managed to pull it off! Playing at sunset was a beautiful thing and the crowds were great – as they always are in California. Week two was a lot more comfortable as we knew what to expect – us and the band were loving it!

Nocturnal Times: This isn’t your first Coachella rodeo – how would you say you’ve developed since your first performance there? Do you ever look back on how far you’ve come and surprise yourselves?

Gorgon City: Our last performance at Coachella was in 2015 in the Gobi tent. To come back 4 years later and play the Outdoor Theatre is completely mad for us. We’re very honored and when we got the call we were over the moon. I remember I was about to play a set in Brazil and my agent called me and we both just started screaming. We’re proud of how far we’ve come and we owe a lot of it to Goldenvoice for continuing to believe in us and our music.

Nocturnal Times: With festival season upon us, there are so many shows you’ve got lined up on top of big fests like Coachella. We know you’ve got a show coming up in July at The Brooklyn Mirage – what else are you excited for tour-wise?

Gorgon City: We’re looking forward to starting our Ibiza residency with Defected at Eden and also being part of the Kaos residency in Vegas is a lot fun. There are loads of amazing things coming up so we can’t wait!

Nocturnal Times: Your first track of 2019, “Lick Shot” is quite the masterpiece and has seen tons of fan love so far! Is there anything you want to share with fans about this track in particular?

Gorgon City: Just thanks for the support on the track and getting it into the Beatport top 10!

Nocturnal Times: Your latest track “Delicious” was released at the end of March, out with a unique and quite trippy music video. What can you share with us about this track and how it came about?

Gorgon City: It came from a fun session with our singer Josh Barry and we pitched his voice down to make it a bit deeper and darker. It’s a fun track with references to indulgence 😉

Nocturnal Times: Your album Escape landed last year – do you have plans for another GC album in the works any time soon?

Gorgon City: We’re always working on new music and have a lot of new tracks to finish so we should have a new album done pretty soon.

Nocturnal Times: What else is in store for Gorgon City music-wise that fans can look forward to?

Gorgon City: Loads more from our label Realm and more from us too. Stay tuned!